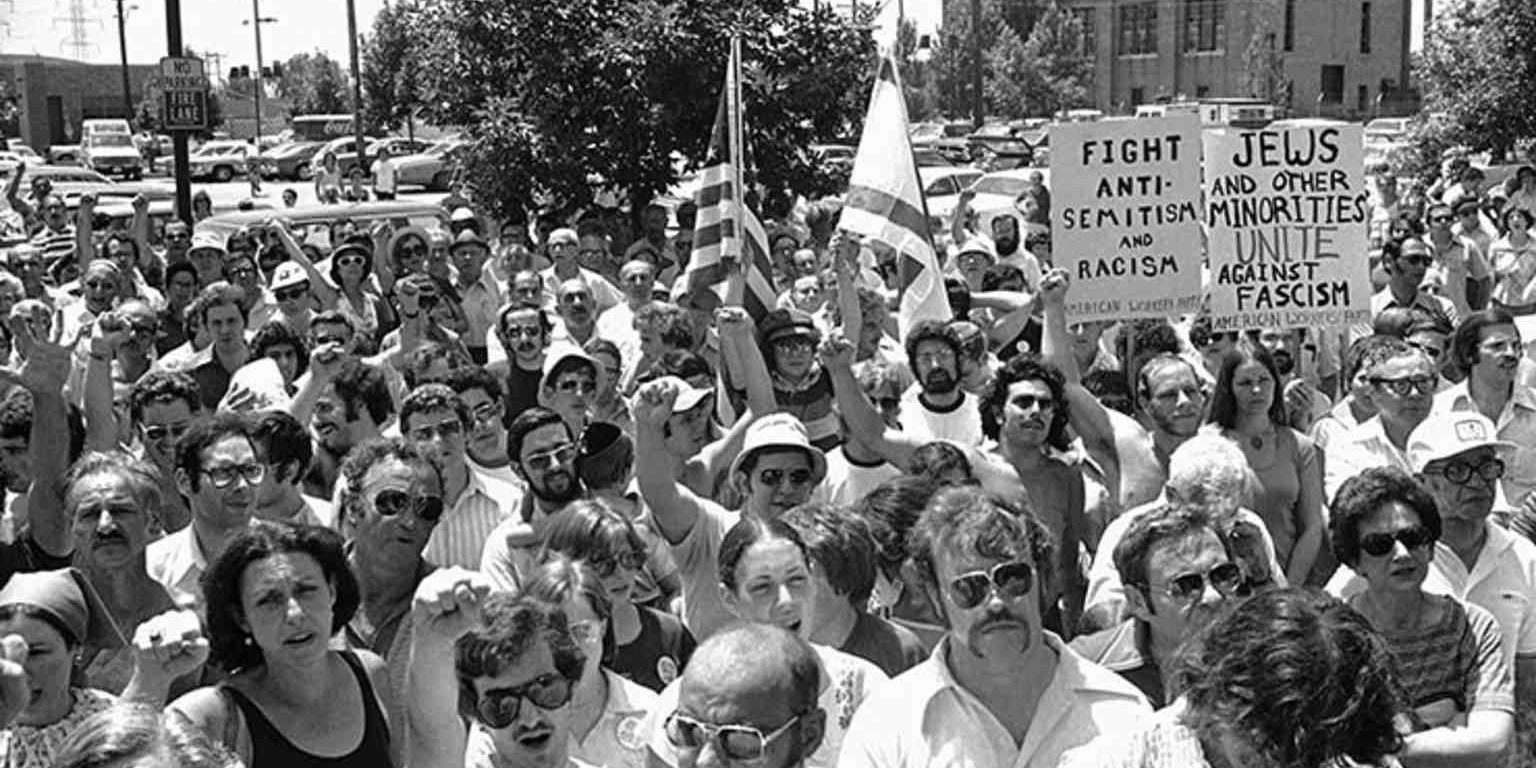 In the 1950s, the American Bar Association could state without qualification that “One of the highest services the lawyer can render to society is to appear in court on behalf of clients whose causes are in disfavor with the public.” The very fact that a cause was unpopular meant the lawyer who represented it was unlikely to win much popularity with the public. Still, the ABA’s embrace of this ethic meant that one could count on most lawyers and other leaders in civil society to come to the defense of those who were willing to take on controversial causes—to the extent that many could find something courageous and noble in a lawyer’s willingness to risk his reputation and sometimes his livelihood to represent a client in disfavor with the general public.

Yet today, this ethic is under attack. In 2019, Harvard Law Professor Ronald Sullivan lost his position as faculty dean at Harvard College because he joined the defense team of sex abuser Harvey Weinstein. In 2020, law firms received harsh criticism from lawyers and the media for their representation of Donald Trump. And even the American Civil Liberties Union, whose unwavering support of the 1st Amendment rights of unpopular clients like Nazis and the KKK won it fame and respect, has decided to back away from representing clients whose ideologies may not be popular with the progressives who now comprise its primary supporters.

It would be easy to dismiss this development as another effect of the increasing popularity of progressive ideology in American society, but something more important is at stake—an understanding of our legal system and a lawyer’s role within it. An ethic that praises lawyers for representing unpopular causes relies on an understanding of law as an inherently moral endeavor that demands lawyers who possess not only certain knowledge and skills, but also a certain kind of character.

The same ABA report that praised lawyers who represent unpopular causes presented this understanding of law and lawyers. “Professional Responsibility: A Report of the Joint Conference” was published in 1958 and prepared by the Joint Conference on Professional Responsibility, established by the ABA and the American Association of Law Schools. One of the goals of the Report was to provide a justification for what it called the “adversary system,” that is, the system in which lawyers represent clients before judges. The Report maintained that this system was “an expression of human insight in the design of a framework within which man’s capacity for impartial judgment can attain its highest realization” and lawyers played “an indispensable role” in this framework.

The adversary system realized these aims through a system that overcomes a basic human limitation. According to the Report, human beings have a limited ability to see a new situation impartially and fairly because they have a “natural … tendency to judge too swiftly in terms of the familiar that which is not yet fully known.” The Report argued that this tendency was revealed when one person attempts to play all the roles necessary for the adversary system, that is, the roles of judge and representatives of both parties. In this situation, what generally happens is that early in the process the judge sees a familiar pattern in the evidence and assigns a customary label to the case. This “premature cataloging” is not necessarily the result of “impatience, prejudice or mental sloth.” Rather, it originates from an understandable need to bring the evidence into some order and coherence. Without this tentative theory of the case, it would be difficult to evaluate the evidence.

The problem is that what began as a preliminary diagnosis tends quickly and imperceptibly to become a fixed conclusion because “all that confirms the theory makes a strong imprint on the mind, while all that runs counter to it is received with diverted attention.” The adversary system with its distinct roles for each of the litigants and the judge encourages the judge to hold the case in suspension between the parties’ opposing interpretations so that the merits of each can be explored and evaluated. Only when a judge “has had the benefit of intelligent and vigorous advocacy on both sides can he feel fully confident of his decision.”

This argument places the work of a lawyer in a long and deep tradition. In essence, the Report presented lawyers as participants in a highly disciplined conversation that is designed to clarify and illuminate the truth. The belief that such conversation is needed to find the truth is as old as Plato. Plato arguably went so far as to argue that truth emerges only through conversation. Even Aristotle, who seems at first glance to be a more systematic expositor, remarked that if one wished to find the truth one must first consider the opinions of those who judge differently. Under his influence, the tradition of systematic disputation flourished in the Middle Ages as the primary means of learning and conveying ideas, so much so that it dominated higher education during this period.

At the heart of this tradition is the insight that determining the truth is an affair that calls for more than any individual can offer—no one is sufficient unto himself. The combined efforts of others are necessary. This insight is also at the heart of the adversary system. The judge needs the lawyers; the lawyers need the judge; and the opposing lawyers even need each other. Inherent in this relationship is the respect of each for the other parties and their perspectives. Only through the opposition of the parties’ perspectives can the truth be found and justice be done.

To do justice is always a difficult thing. But it is even more difficult when public sentiment is strong and the danger is great that the biases and prejudgments prevalent outside the courtroom will influence the perception of the case in the courtroom. In these cases, good, competent representation of a client in disfavor with the public is especially needed to combat such prejudices and ensure compliance with those procedures that have evolved over centuries to produce an informed and dispassionate decision. This representation will help to prevent injustice when a cause is in disfavor because of the public’s misunderstanding. But it is still important even when the public’s view is justified, because it assures that the client received his full day in court and tends to dispel doubts about the correctness of the decision and the fundamental legitimacy of the legal system.

From this perspective, the adversarial system is a moral endeavor that calls lawyers to be formed by the legal system of which they are a part. The adversarial system is an enterprise whose purpose is to make it possible for humans to realize as fully as possible our capacity for impartial judgment. This is a great and high good on which the goodness and justice of any society depend. The system is a remarkable accomplishment that reflects the wisdom of centuries of thinkers. But it does not run by itself. For it to work, lawyers must not only comply with its established rules and procedures. They must also understand themselves within the context of this system and they must be formed to perform responsibilities associated with their roles within it. To perform these responsibilities requires a kind of humility that asks the lawyer to think not of what he can accomplish through the system, but to submit to the system in the faith that adherence to its rules and procedures will enable an impartial outcome. In the case of an unpopular cause, this also requires the courage to face popular opprobrium.

The willingness of lawyers and others to criticize those who represent unpopular causes suggests that our culture is ceasing to see our legal system as a moral endeavor. The prevailing view seems to be that law is merely a tool. Nothing about it is good or bad, only the uses to which it is put. Because the law can be used for good or bad, the practice of law itself is neither good nor bad. Ultimately, on this view, the lawyer is merely a service provider who can wield the tools of the law to service his clients’ objectives.

This understanding of the practice of law is not new. It has been under development for the last century, but only recently have its aims been realized and their implications become apparent. Since the end of the 19th century, an effort has been to make the study of law as much like a science as possible and to make lawyers into the equivalent of engineers who understand this science and can use it to accomplish their clients’ objectives. Anthony Kronman charted the course of this development in The Lost Lawyer, from Christopher Columbus Langdell’s “geometry of law” to the “legal realism” of Oliver Wendell Holmes and Jerome Frank, up to the “law and economics” movement of the late 20th century. This approach assumes that law is an academic discipline which, though focused on the particularities of each case, is otherwise akin to physics, sociology, or biology – it can be organized in a systemic fashion governed by certain fundamental principles.

Thinkers have argued about the nature of these principles—whether for example, they are natural laws, the choices of judges, or the laws of economics—but their existence and intelligibility have not been in doubt. Because they have sought to establish law as a science, such efforts since Langdell have adhered to a separation between the descriptive and normative functions of law—between, in other words, what law “is” and what it “ought” to be. With few exceptions, this scientific approach has precluded the normative function and focused primarily on the descriptive. As a result, the law becomes just a tool, not a moral endeavor.

For human beings to render an impartial judgment is a high aspiration. Even when working properly, our legal customs and processes don’t always reach this goal. Still, they embody traditions that developed over centuries. According to this judgment, reaching a just outcome requires adversaries. When we lose sight of this wisdom—and when lawyers try to use the law to accomplish their ends, rather than asking themselves how they can serve the law’s ends—the system becomes distorted and risks its efficacy and legitimacy. The lack of appreciation for those lawyers who are willing to run the risks of representing unpopular causes suggest that this process is well underway.