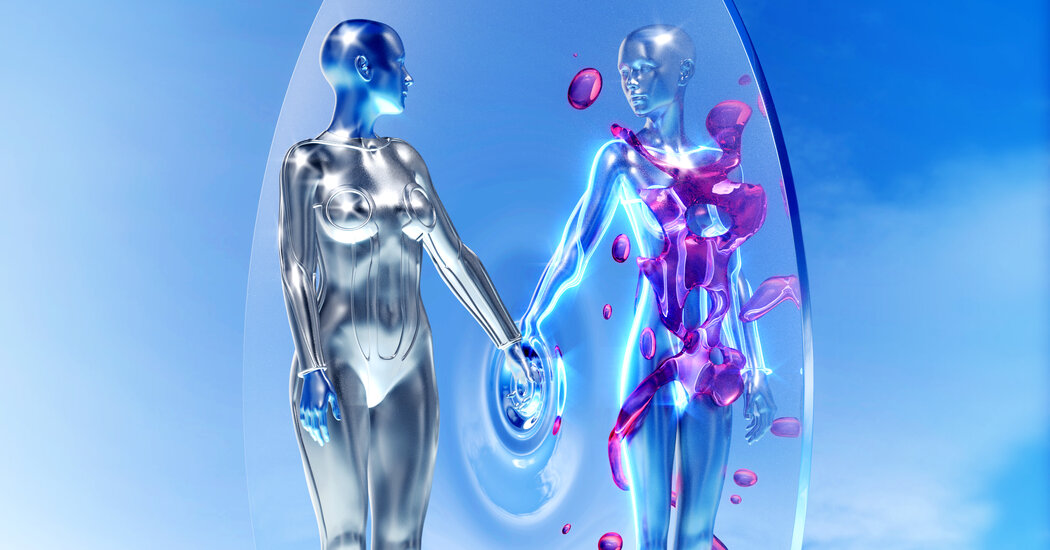 “People love to play with something they would never be able to wear in the real world,” Ms. Shapovalova said. “Play” being the operative word.

Right now, the metaverse is both a place where you can be recognizably you, as you are (sort of) IRL, and a place where you can be transformed into the you of your dreams. It is the ultimate opportunity for dress-up and a potential minefield of unwitting self-revelation. Just because a virtual space is free from certain real life limitations does not mean it is free from the preconceptions everyone brings to parsing character.

In fact, absent other clues, like profession, a virtual space makes clothes even more important. In the metaverse, “what you wear becomes your visual identity,” Ms. Greene said. The shredded jeans and crop top or iridescent sci-fi priest’s robes or branded hoodie may be all the users your avatar interacts with know about you — and hence the first signals of shared tastes.

Which can lead, as Mr. Rogers pointed out, to “tribalism,” just as they do in the real world.

If the two worlds become more contiguous — if, as Mr. Chalmers said, they become worlds we “cohabit” — “I would think the way we use clothing to express identity will be more comparable to the clothes we wear in real life,” he said.

But Paula Sello, a co-founder of Auroboros, hopes the trend is in the other direction and the creativity of dressing for the metaverse trickles down and fosters more creative dressing in the physical world.

All of which means what? Go boldly where Mark Zuckerberg didn’t go before. But don’t fool yourself into believing it doesn’t matter. Clothing, as Amber Jae Slooten, a co-founder of The Fabricant, said, “affects how you feel about yourself.” Even in the virtual world. And that, Mr. Rogers said, may have “implications we haven’t even begun to grasp yet.”

“How do you separate your corporeal self from your pseudonymous self?” he asked. “Can you?”