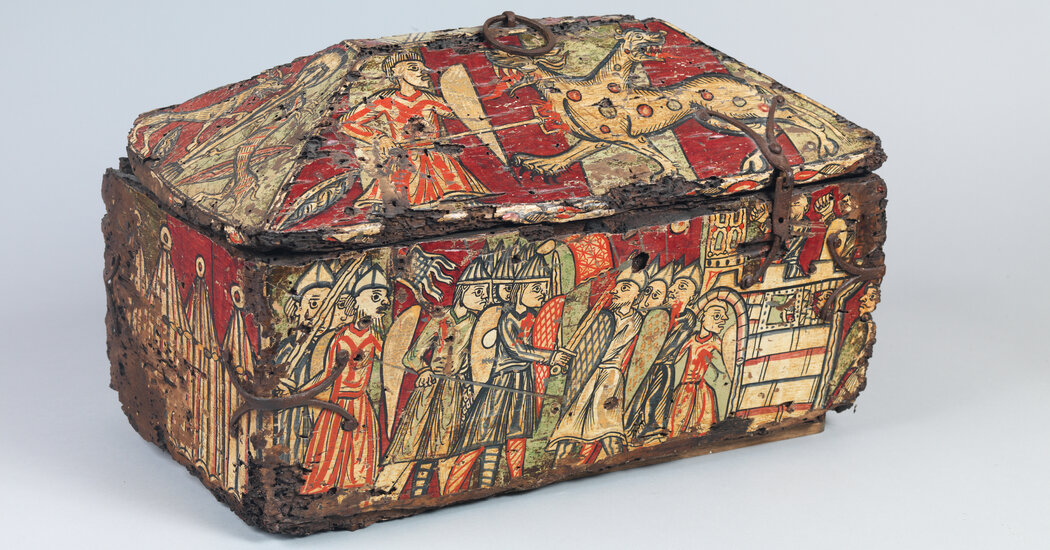 Some entries in the show are almost purely performative. The power of bronze ritual bells from Tibet lies far less in what they look like than in the wake-up sound they make. An 18th-century Tibetan manuscript is a mere scrap of paper, but one carrying a vocal and instrumental score for a Tantric serenade. And as for transactional, nothing beats the efficacy of an 18th-century Japanese icon of the Buddha Amida, of Limitless Life. if your eyes are on it the moment you die, you sail straight through TSA PreCheck to Paradise.

There are, of course, social and political histories behind all of this art, histories of wars waged, of ideologies promoted and suppressed. But it’s the spiritual utility of the objects at the Wallach that resonate most strongly with me, because it’s what I experienced in Japan all those years ago, and what Western museums, fixated on “masterpiece,” rarely make an effort to tell us about.

A few days into my stay, I left Tokyo and headed by train, bus and foot into the countryside, stopping in temples and shrines, staying at small inns and monasteries, and every day witnessing devotion in progress: seeing flowers and glasses of water placed in front of sculptures, catching the scent of incense in the air, hearing the sound of two swift claps, an applause of respect and wake-up, a gesture that said: I’m here; you’re here; together.

What Is the Use of Buddhist Art?