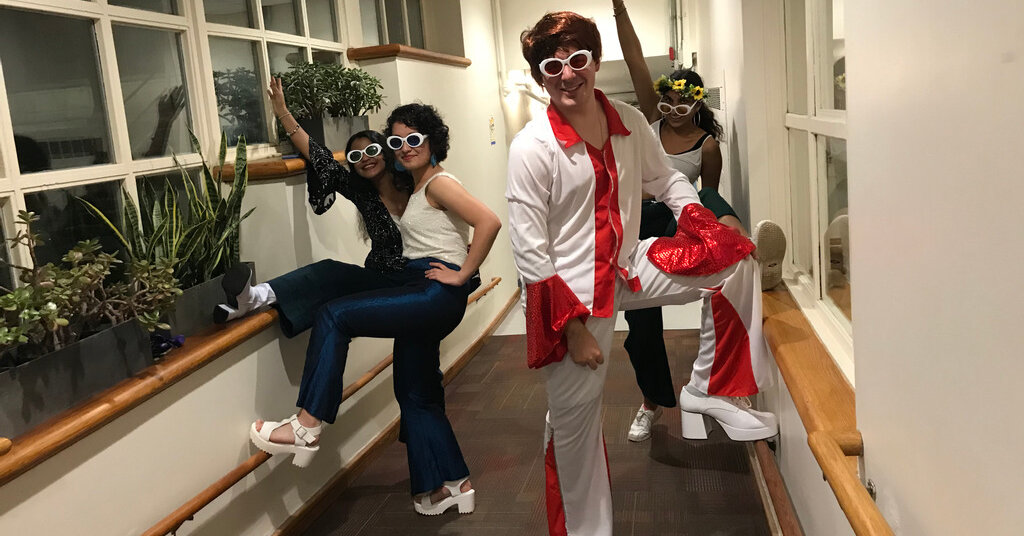 “My parents immigrated to the U.S. from Honduras when I was a toddler. One of their first jobs and my first memories (since they had to bring me along) was cleaning furniture showrooms at night, where they were allowed to play music. The soundtrack? Abba in Spanish. Their music has always made me feel safe, cared for and happy. Later it allowed me to not feel like such an outsider as a child of immigrants, because I knew all the melodies to some of the biggest songs of that generation.” MAYRA QUINTANO, 29, San Francisco

“I remember Abba’s concert aired on the Polish TV station TVP2 in 1976, during the country’s Communist era. That was a very special event, and the flavor of the West in ’70s Poland was the sound of Abba. I was listening to Pink Floyd and Abba and didn’t see any dissonance. Ah, happy days.” JAROSLAW PLUCIENNIK, 54, Lodz, Poland

“In 1979 I was a model working for five months in Japan. I did not speak any Japanese and my co-workers in the densely packed, camera-filled photo studios oftentimes spoke very little English, but they knew the words to every Abba song. Every studio I worked in played this band nonstop, clapping with excitement to boost the energy with ‘Dancing Queen’ or ‘When I Kissed the Teacher.’ I cannot hear any Abba tune without remembering to face the box light and smile.” LYNKA ADAMS, 68, Napa, Calif.

“As the drummer for Bruce Springsteen’s E Street Band, I recall that while recording the song ‘Prove It All Night’ for the 1978 album ‘Darkness On The Edge Of Town,’ reference was made to get that ‘Abba keyboard sound’ for the opening signature melodic hook. Listening to it again I believe we did!” MAX WEINBERG, 70, Delray Beach, Fla.

“Getting to know Abba in a country like Colombia, charged with tropical rhythms and influences, and right when I was enjoying a happy and carefree adolescence, meant discovering that my senses could vibrate like never before to the beat of delicious, almost subliminal energies.” JUAN CARLOS RIVERA MEDINA, 59, Cali, Colombia

“I love their happy music juxtaposed with Bjorn’s depressing and heartbreaking lyrics. Pure brilliance. Abba helps me write music. I study their chord progressions, harmonies, instrumentation, lyrics, style, and so much more. They give me constant inspiration.” KAYLA NORTH, 32, Seattle