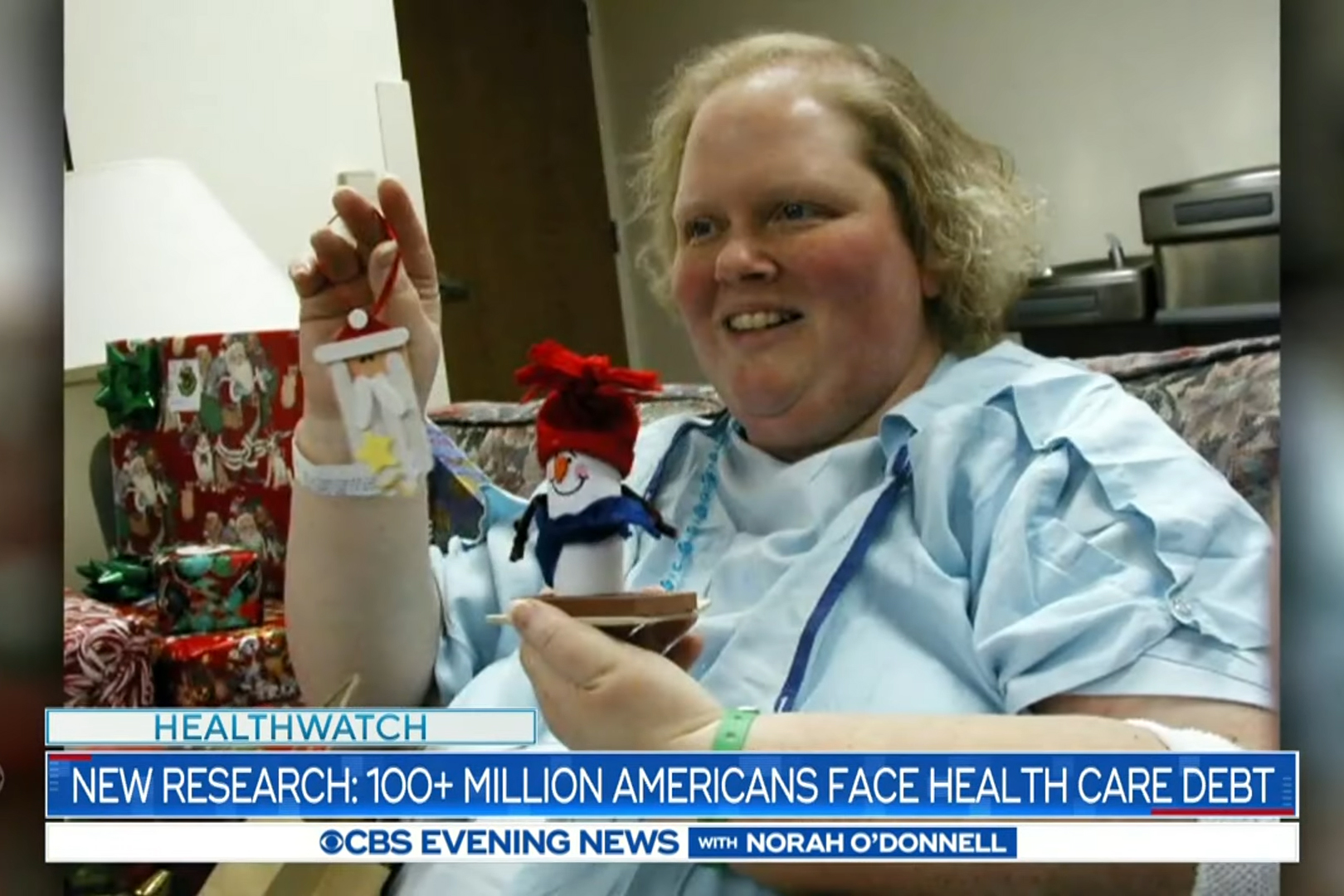 Cindy Powers needed 19 surgeries over the course of five years for abdominal problems and life-threatening infections. “I knew of at least three times where she died on the operating table and they had to restart her heart,” her husband, Jim Powers, told investigative consumer correspondent Anna Werner on the CBS Evening News.

Cindy’s illnesses led to $250,000 in bills, bankruptcy, and eventually foreclosure on the couple’s house in Texas.

The Powers, now living in Colorado, are among more than 100 million people in the U.S. burdened with health care debt, according to an investigation by KHN and NPR. Jim described Cindy’s illness as five years of hell. The financial consequences for the couple lasted even longer.