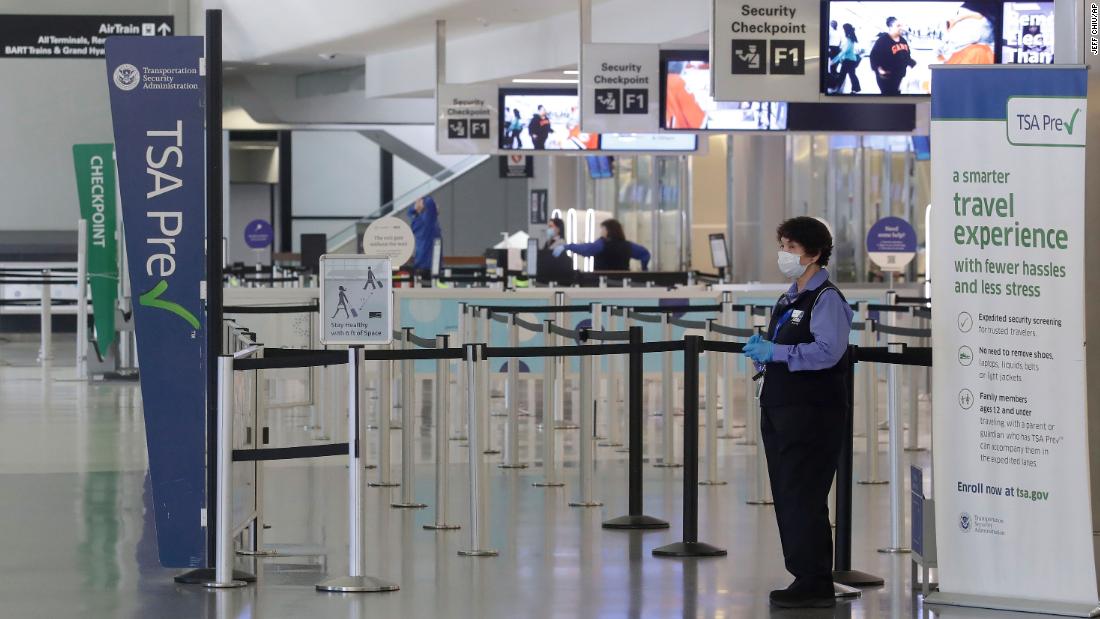 (CNN) — The Transportation Security Administration (TSA) and Federal Aviation Administration (FAA) have joined forces in the fight against unruly airplane passengers.
The two organizations released a statement declaring that travelers who cause difficulties can lose their TSA PreCheck credentials.

“Our partnership aims to promote safe and responsible passenger behavior,” FAA Administrator Steve Dickson said in the announcement, which was released on December 21, ahead of the busy Christmas and New Year’s travel season.

He added: “If you act out of line, you will wait in line.”

The TSA and FAA said they will share information about unruly passengers.

Currently, passengers who create problems are subject to fines, and individual airlines can ban certain travelers.

The FAA reports that it has gotten 5,779 complaints of unruly behavior in 2021. Of those, 4,156 are related to mask rules. Only 325 have resulted in active law enforcement cases.
So far in 2021, air travel passengers in the United States have racked up hundreds of thousands of dollars in such fines, with the single highest — $40,823 — levied against a passenger who brought their own alcohol on board, attempted to smoke marijuana in the plane bathroom and sexually assaulted a flight attendant.
According to the TSA, more than 10 million American citizens and permanent residents have TSA PreCheck. The program allows vetted travelers to bypass certain security measures, like taking off shoes and removing laptops and other small electronics from cases, at U.S. airports.

However, both bodies said PreCheck was a privilege, not a right.

“TSA has zero tolerance for the unruly behaviors, especially those involving physical assault occurring aboard aircraft. We have tremendous respect for airport staff, gate agents and flight crews that get people safely to their destinations,” said TSA Administrator David Pekoske.

The changing airline rules amid the coronavirus pandemic have taken things from bad to worse for airline personnel. Cabin crew members, on top of conducting safety briefings and providing food and beverage service, now have to enforce mask rules and other Covid-related hygiene protocols.
In September, flight attendant Allie Malis, government affairs representative at the Association of Professional Flight Attendants, told CNN that it’s becoming more dangerous on board.

“It just seems like every next incident is getting a little bit more extreme,” she said.

Among the reasons Malis cited were smaller plane seats — which can lead to issues over personal space — and alcohol.