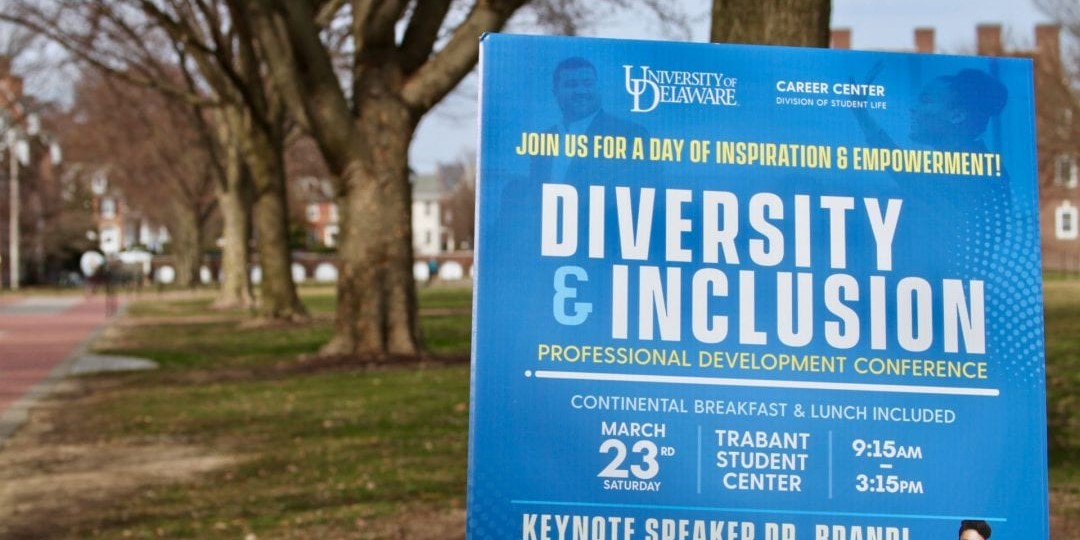 Most observant people have noticed the ubiquity of “diversity, equity, and inclusion” (or “DEI”) agendas in corporate America, in government, and of course, in academia. The focus of “diversity” campaigns is changing constantly, first stressing racial diversity, now also sexual diversity. It clearly does not apply to thought, since universities are more conformist than ever. Nevertheless, the DEI mantra has become so expansive that it now partners with terms such as “belonging” and “underrepresented.”

All these terms should be seriously questioned “underrepresented” is particularly problematic. At first glance it may seem legitimate but not so after scrutiny. Examples of the phrase’s current usage can be found in the following job announcements from Harvard and the University of California. Eligibility for Harvard’s Yerby Fellowship in Public Health reads:

Applicants who are members of a minority group that is underrepresented in public health will be given special consideration. Underrepresented, as defined by the NIH, includes American Indian or Alaska Native, Black or African American, Hispanic or Latino, and Native Hawaiian or other Pacific Islander.

A University of California fellowship for biomedical research is described as follows:

Similar job descriptions can be found at Princeton, Stanford, North Carolina State, and many other schools. Michigan State University goes so far as to use brown cartoon figures to depict favored “underrepresented” demographics.

So why is the term “underrepresented” problematic?

Aside from the obvious objection that the phrase is cover for reverse discrimination against men of European descent (“whites” who are not encouraged to apply and are therefore disfavored), the term suggests that there is a proper representation in a given activity for a particular group—almost always based on ethnicity, race or sex.

First, why the preoccupation with groups—whether ethnic, racial, or sexual?

America has long been the land of opportunity for individuals, not groups. This is in part because the U.S. is relatively young and its founders were not nomadic tribes but freedom-seeking settlers. But it’s also because of our heritage, as part of the Christian West, which values the individual more than the collective. The latter is often the primary concern in non-Western, honor cultures. Japanese Kamikaze pilots illustrate this difference in cultural emphasis: These pilots would crash their airplanes and die for the sake of their country before suffering the shame of becoming a prisoner of war. By contrast, the West emphasizes the individual, and especially individual actions and individual character. Expressions such as “put your name on it” or the use of professional resumes showing one’s individual employment and educational history testify to this emphasis.

In the West, family is the group that should matter most, since that group imposes primary responsibilities (the obligation to provide for children, for example). Americans have attached some significance historically to church membership, since one’s obligations to God are paramount. But government officials seem uninterested in these natural and responsibility-oriented groups. (In fact, given their embrace of divorce and of sexual license, which undermine marriage, they seem anti-family.) Instead, they impose racial or ethnic group identity on citizens along with a corresponding ethnic “group think” that is unAmerican and suspicious. Who benefits when the citizenry is divided this way, as if to make Americans warring tribes when we’re not?

What about women in prison? Are they underrepresented there? Women are half the population but comprise only 6 to 7% of the prison population. Among violent offenders, the percentage is even lower. Where’s the outrage at such “gender disparity”?

Certainly, one can use these phrases in a descriptive sense to describe the relationship between a group’s numbers in the general population and its numbers in any given activity, as in: “Tall people are overrepresented in professional basketball; those over 6 feet tall are only 14.5% of the population but comprise over 90% of all NBA players.”

But the usage today is not merely descriptive; it’s political and cultural. In sneaky fashion, government and media elites want us to think there is a proper race or sex group representation not only in sports but in occupations, in schools, in government bureaucracy, and much more. In this way, they suggest that government policies to change the numbers, based on race and sex, deserve support (though we don’t hear much about fixing the underrepresentation of women in prison!). But because there is no “proper” representation of these groups in these activities, such policies do not deserve support.

Sometimes, there are justifications for looking at representation of groups. Groups based on ideas or values are different; they can be over or underrepresented in democratic societies since majority rule means that only those ideas and policies with popular support should govern. If cannibals comprise only 1% of the American population but occupy 40% of government jobs, proponents of cannibalism would, in fact, be overrepresented in government and this would be a legitimate matter of public concern. Similarly, and more practically speaking, predominantly rural states have different needs and values than states with large cities. So when it comes to representative government, representation of ideas, values, and needs do matter.

But today’s academic and government job announcements are not looking to better represent a range of ideas or values; instead, they’re obsessed with groups based on race and sex. And the obsession is highly arbitrary and selective: Not only is there no outrage about the lack of women in prison, there’s no word about their absence in roofing, logging, and construction work—necessary but hazardous occupations shouldered almost exclusively by men. This imbalance is actually worth contemplating. According to thinkers like Camille Paglia, the ability and willingness to take risks in such dangerous work is the flipside of risk-taking and drive elsewhere. As she puts it, “There is no female Mozart because there is no female Jack the Ripper.” This type of insight is verboten in today’s shallow public discourse and especially among diversity-obsessed administrators and bureaucrats.

So it turns out that terms like “underrepresentation” raise a lot of questions at best, and may be nonsensical, arbitrary, and unjust power grabs at worst.

Most concerning, of course, is the favoritism and reverse discrimination behind so-called underrepresentation, which displaces merit and competence as the relevant standard—for industry hiring, for research fellowships, for college admissions, and for government jobs. This is not only unfair to those with greater aptitude and talent but actually dangerous for the society that would otherwise benefit from that greater aptitude and talent.  Do patients want the most highly skilled brain surgeon or the one who hails from some preferred racial group said to be “underrepresented”? Should the engineers designing our bridges be really smart or should they contribute to “diversity”? Ultimately the euphemisms and supposed concerns of “DEI,” “belonging,” and “underrepresentation” are stealth attacks on excellence and human flourishing. Left unchecked, they’ll leave a society in ruins.

Many of these concepts will be under discussion later this year when the United States Supreme Court decides if racial preferences at Harvard and the University of North Carolina are legal under the Constitution. Administrators there admitted black and Hispanic applicants over white and Asian candidates despite inferior qualifications, supposedly because the former are underrepresented and contribute to diversity. Interestingly, the case has not been brought by aggrieved white students, but by Asian ones. Asians are also an American racial minority whose numbers in the general population have grown but whose numbers at Harvard have stayed “flat.” Despite this development, they’re somehow never called “underrepresented.”

The United States should be a land of opportunity for everyone. We should focus on cultivating excellence, and stop fretting about “underrepresentation.”