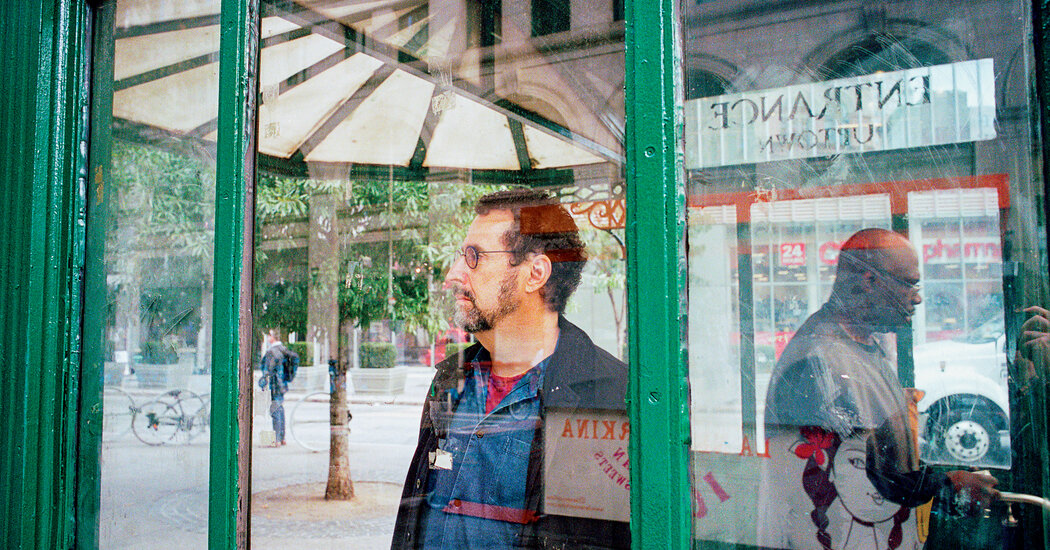 IN ACT III, Scene 2 of “Millennium Approaches,” Louis asks, “Why has democracy succeeded in America?” It’s not exactly a rhetorical question, and Louis’s rambling attempt to answer it isn’t entirely persuasive, certainly not to his friend Belize, a Black, gay nurse who cares for men dying from AIDS-related illnesses, and who possesses an acute sense of the failures and compromises of the American experiment. (Louis’s monologue only ends when Belize, after trying to participate in the debate, finally responds, “POWER to the people! AMEN! … OH MY GOODNESS! Will you look at the time, I gotta. …”)

When we meet in Central Park for a second conversation (with no surprise appearances from major filmmakers), I tell Kushner that I think the argument between Louis and Belize — a defense of good intentions and progressive tendencies countered by an insistence on the hard structural facts of exclusion, oppression and hatred — is still ongoing, perhaps with more intensity and harder feelings than before.

We talk about that for a while, and also about how the censoriousness of the left isn’t symmetrical with the authoritarianism of the right, about what Kushner calls the “radical impatience of the young,” about Twitter and TikTok and the early 20th-century German playwright Bertolt Brecht, a hero of Kushner’s, who once said, “Don’t start from the good old things but the bad new ones.” We agree more than we disagree, but the conversation nonetheless has a bracing, combative energy.

Kushner’s stage and screenwriting consists of a great many family quarrels — passionate debates among people who are fundamentally on the same side. Louis and Belize share not only their love of Prior, Louis’s former lover, who they are afraid will die of complications from AIDS, but a wary, queer New York kinship. In “Lincoln,” much of the dramatic conflict takes place within the cabinet, the Congress and the Republican Party, people committed at least in principle to the defense of union and the abolition of slavery. In “Caroline, or Change,” the Southern white supremacist position is represented by that silent statue; the Gellmans are outsiders, some of whom imagine themselves to be on the angelic side of history. Kushner’s ability to call forth those family quarrels within liberalism — their endlessness, their passion — may ultimately be what marks him as a great New York voice. That’s the music of the city, after all. It’s also the music of democracy, the soundtrack to the perpetually embattled American experiment.

Which is in a scary place right now. Eventually, Kushner jokes that Louis’s rhetorical question might have to be amended or scrapped altogether. Democracy may not be succeeding in America, and the grand argument that connects President Lincoln to Caroline Thibodeaux may be heading toward a murderous Jets and Sharks rumble.

Neutrality, for Kushner, is never an option. “I always get annoyed when people talk about theater that preaches to the converted,” he says. “That’s so stupid. Who do you expect to find in your synagogue? … When I teach playwriting, I always tell my students — and it’s almost impossible to do this particular thing without having some sort of phantom audience in your head — that you should work really hard to populate that audience with people who fundamentally agree with you about certain things. Because if you don’t, then you start from a position of needing to educate them about that which you already know, which I think guarantees didacticism and a certain dullness. The place that you want to start is those great arguments that you have with your friends.”

What you want to do, in other words, is dare to participate in the great historical mistake of your time.