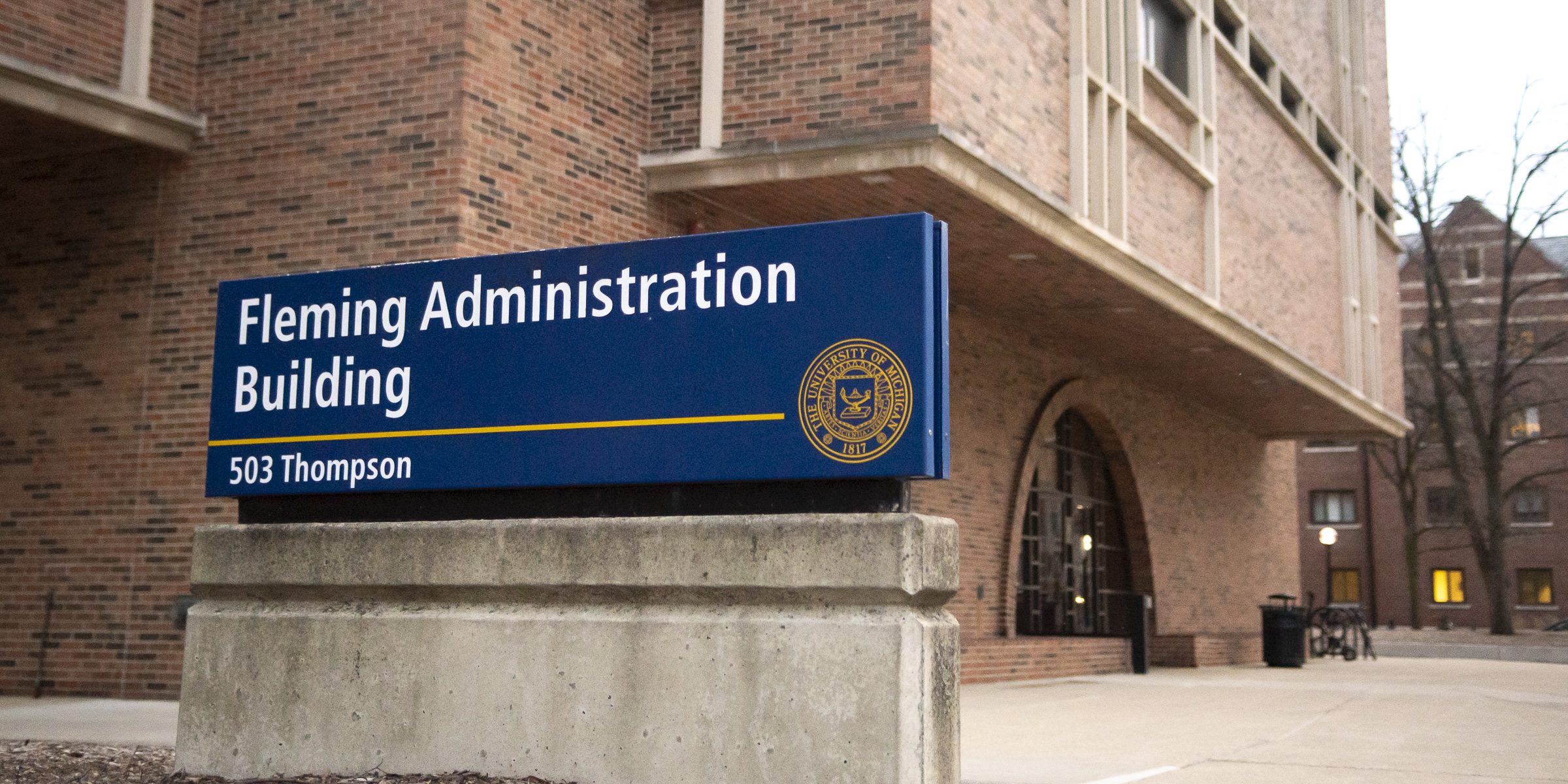 Discussions of speech law almost always begin with the First Amendment requirement that Congress shall make no law abridging the freedom of speech. That restriction now applies to all government agencies at every level through the application of the Fourteenth Amendment. Since about 85% of all higher education students attend public institutions, free speech rights are protected there at least in theory. Almost all private campuses have adopted principles of free speech and if they are violated, courts have found those actions precluded by contract law.

Free speech controversies are often focused on acts of censorship such as speech cancellations, speech codes, safe spaces, and bias response teams. There is another type of free speech issue, however, that receives much less attention: speech that is not censored but compelled. Increasing numbers of campuses have adopted political statements that employees and prospective employees are expected to affirm publicly. If they do not, they may be excluded from employment consideration. If they are already hired, they may be subject to discipline or even termination. Litigation may be necessary to challenge and end campus compelled speech.

One controversy is over “Land Acknowledgement” statements, which faculty have recently challenged. Sprouting across the county, these declarations urge campus residents to recognize the indigenous peoples who may once have resided in the local area and to honor them and their current lineage. That may be harmless virtue signaling, since campuses have no intention of returning the land to a tribe or paying reparations.

The context of the “Acknowledgement,” however, is highly political, suggesting a campus and even the United States as a country are on “occupied land” and, therefore, probably illegitimate. For example, the Northwestern University statement proclaims “Land acknowledgments do not exist in the past tense, or historical contexts: colonialism is a current ongoing process….” The Guide to Indigenous Land Acknowledgement urges campuses not to “sugarcoat the past. Use terms like genocide, ethnic cleansing, stolen land and forced removal to reflect actions taken by colonizers.”

The University of Washington Indigenous Land Acknowledgement statement identifies the Coast Salish peoples and “all tribes and bands within the Suquamish, Tulalip and Muckleshoot nations” as the first owners of campus property and recommended such recognition be included in all course syllabi. Professor Stuart Reges, who teaches in the UW Allen School of Computer Science & Engineering, wrote in his course syllabus that, according to John Locke’s theory of property, land ownership is determined by the use of labor to harness natural resources. Therefore, the Coast Salish peoples could claim almost none of the campus property. The Director of the Allen School Magdalena Balazinski responded that Reges’s statement was “…offensive and it creates a toxic environment in your course….The current statement in your course syllabus is inappropriate and must be removed.” While Reges was free to voice his opinion elsewhere, she declared that Locke’s theory “dehumanizes and demeans Indigenous people and is contrary to the longstanding relationship and respect the UW has with and for the Coast Salish peoples and other federally recognized tribes within the state of Washington.” Further, UW “is committed to providing an inclusive and equitable learning environment.”

When the Foundation for Individual Rights in Education (F.I.R.E.) took up the case, it wrote that “UW pays lip service, to inclusivity, but censorship is incompatible with inclusivity” and with the First Amendment. Eventually, UW decided its Land Acknowledgement syllabi policy would probably not survive judicial review and it has now made such statements voluntary.

Similarly, at San Diego State University (SDSU) administrators issued a course syllabi template for the Spring 2022 semester that required a recognition of the legacy of the Kumeyaay people who “lived in balance and harmony” with the land. After another F.I.R.E letter outlining the law on compelled speech, the SDSU Academic Senate on March 2 voted to rescind the course syllabi “Acknowledge” requirement.

The “Acknowledgement” issue is unlikely to go away, however.

A far more common problem can be found in required Diversity, Equity, and Inclusion (DEI) statements. Some dimensions of DEI just offer a counter interpretation of the more traditional American narrative and deserve a place in the campus dialogue, but other versions are much more coercive and require individual adherence to a set of beliefs which may not only be factually incorrect but trample individual conscience. The latter such DEI version may run afoul of legal protections against compelled speech.

A major part of the DEI strategy is the appropriation of concepts that sound fair but are not as implemented. Consequently, the terms are rarely specifically defined or applied even-handedly. For example, among the various categories of human identity, how should “diversity” be measured? Who on a faculty is or is not diverse? In DEI mandates, diversity is measured not by what professors think or the intellectual tools they use, but by their immutable characteristics. Often the diversity goal is to create proportionality for certain groups considered under-represented or even marginalized.

“Equity” proponents rarely advocate equal treatment, but instead propose redistribution by group. What resources, however, should be shifted from one group to another? Does equity mean racial reparations? If so, who should pay the bill and how should beneficiaries be defined?

What does “inclusion” mean on a campus? Competitive student activities, such as sports teams, debate clubs, musical organizations, theatrical casts are merit based and rarely are reflective of the demography of the whole campus. Also, does the ethic of inclusion govern pure speech? Barely noticeable microagressions, even if clearly protected speech, are discouraged, if not subject to sanction. But what about more purposeful speech? If vegetarians criticize carnivores or secularists criticize religious people or persons with various sexual identities criticize those with different identities, have campus inclusion values been transgressed? When does a criticism of Islam become Islamophobia or a criticism of the CCP become anti-Chinese?  What if groups holding specific viewpoints prefer to fraternize socially with each other? Are they anti-inclusion?

Only the DEI bureaucracy enforcing vague politically driven policies knows for sure and they avoid discussing constitutional principles of equal protection, free speech, religious liberty, and the right of assembly and association. Polls by Brookings, Cato, F.I.R.E., Gallup, Heterodox Academy, and Pew show increasing student reluctance to express their opinions. Many campuses have a more speech suppressive than speech enabling climate. DEI bears much of the responsibility for this atmosphere.

A particularly questionable form of DEI compelled speech can be found in the requirements for aspiring faculty or professors seeking promotion and tenure to include a statement of what they have done in the past and will do in the future to promote whatever their employers decide fits DEI values. Because writing a DEI statement creates a guessing game for applicants, there are numerous sources of advice for gaming the system. Should you admit your “privilege” and promise to compensate by foregrounding the marginalized in your teaching and research? A person who fails vague DEI screens may not make it to the stage where academic potential or performance is evaluated.

The Heritage Foundation has just completed a survey of DEI officials in 65 universities in the “power five” athletic conference universities which serve 2.2 million students. The survey found there were about 3,000 persons with DEI responsibilities in these institutions. The average was 45.1 DEI officers per campus with the University of Michigan leading the pack at 163, followed by Virginia and Ohio State at 94. Arizona State University which has the largest enrollment had only 28 DEI officers. Many campuses had more DEI officers than history professors; and the University of North Carolina Medical School had 8 DEI officers for its 800 student enrollment. Heritage concluded that “DEI bureaucracies may be better understood as jobs programs subsidizing political activism without improving campus climate.”

A study by James D. Paul and Robert Maranto shows that “Prestigious universities are significantly more likely to have DEI requirements than non–prestigious universities” and that these “statements are as prevalent in STEM fields as in the humanities and social sciences.” By 2019, eight of the ten University of California campuses required DEI statements from all faculty applicants. The DEI compelled speech mandate can be quite decisive in the employment process. Andrew Gillen found that for a single Berkeley life sciences position 679 out of 893 applicants were eliminated because their DEI statement was thought insufficient. A UCLA executive vice chancellor and provost, where all academic units require DEI statements, inadvertently suggested how arbitrary evaluation of these statements in the search process could be. Nevertheless, he argued they were necessary to attract diverse candidates “, particularly those most vigilant of subtle cues concerning institutional culture and values.”

The ideal of a politically neutral university now seems archaic. In 1967, the University of Chicago formed the Kelvin Committee to prepare “a statement on the University’s role in political and social action.” The Committee found that “The mission of the university is the discovery, improvement, and dissemination of knowledge…. Since the university is a community only for these limited and distinctive purposes, it is a community that cannot take collective actions on the issues of the day…. without inhibiting that full freedom of dissent on which it thrives.’’) Now academic professional associations, university administrators, faculty senates, and student groups commonly demand commitments to various political causes which leave those who dissent in perilous positions.

In the middle of World War II, the Supreme Court had to decide whether school children could be compelled to salute the American flag and recite the Pledge of Allegiance. In West Virginia Board of Education v. Barnette, a case that is pivotal to the law of compelled speech, Justice Jackson wrote for the majority: “If there is any fixed star in our constitutional constellation, it is that no official high or petty, can prescribe what shall be orthodox for politics, nationalism, religion or other matters of opinion or force citizens to confess by word or act their faith therein.”

The law under the Court’s consideration had been passed by the state legislature and the compelled speech was clearly defined. What makes DEI speech conformity requirements so concerning is the lack of any articulated procedure for their creation and the very vagueness of the concepts they impose. Courts have been very protective against campus speech censorship in the past, such as in Healy v. James. Judicial review now may be necessary to curtail forms of compelled speech at our universities.