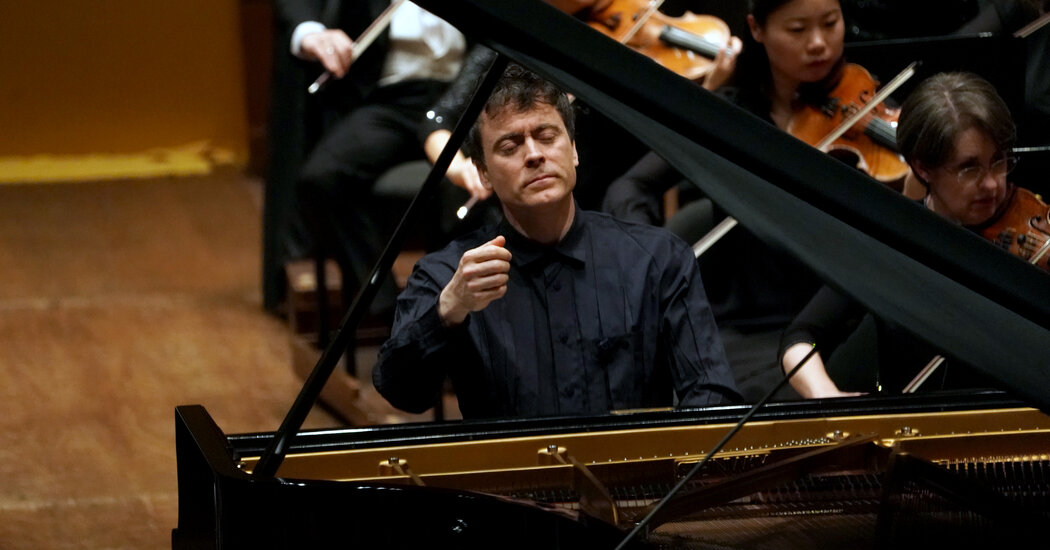 I’ve asked myself, what was my Brahms problem? It sounds terrible, but it’s pieces like the fourth piece of Op. 118, where you get this very strict canon all the way through. Everything you hear in the top you hear in the bottom or the middle a beat later. He never drops a note; it’s perfect. With pieces like that, the brilliance of the craft is so extreme I used to wonder if he’d forgotten to write music at the same time.

I look at that now and think, you get this first section, which is sort of underground, a little bit vague, and then this middle section that is very still and doesn’t really go in any particular direction, and then a last section in which all hell breaks loose. Later on, that’s what I found interesting about Brahms. It’s incredibly passionate music, which seems to push against the restraints of the perfection of its craft. That’s what makes it Brahms.

What were you trying to convey in this music?

With these late pieces, what’s significant about them is the power of introspection. Of course, they do touch rather raw nerves from time to time, but the real power is in their introspective nature. It’s a little bit like Schubert in that respect. What stays with you most of all is what Brahms whispers, rather than what he shouts.

You anticipated my next question — whether you see connections between the respective late works of Schubert and Brahms? Both were to some extent writing in the shadow of death, even if neither’s last pieces were exactly valedictory, and their music has a distinctive sadness, though of course of different brands.

With Schubert, it’s more a feeling of nostalgia, a longing for something that you can’t have any more — a sadness which may or may not have been his health, or his life. Whereas with Brahms, with his late music, it’s more a feeling of resignation. With Op. 117, he described them to Clara Schumann as lullabies to his sorrows. It sounds a bit like navel-gazing, but I don’t think it is; it doesn’t come across that way. It’s certainly not self-indulgent, or even sentimental; it’s just deeply, deeply sad. That resignation is what you get in Op. 118, No. 6.