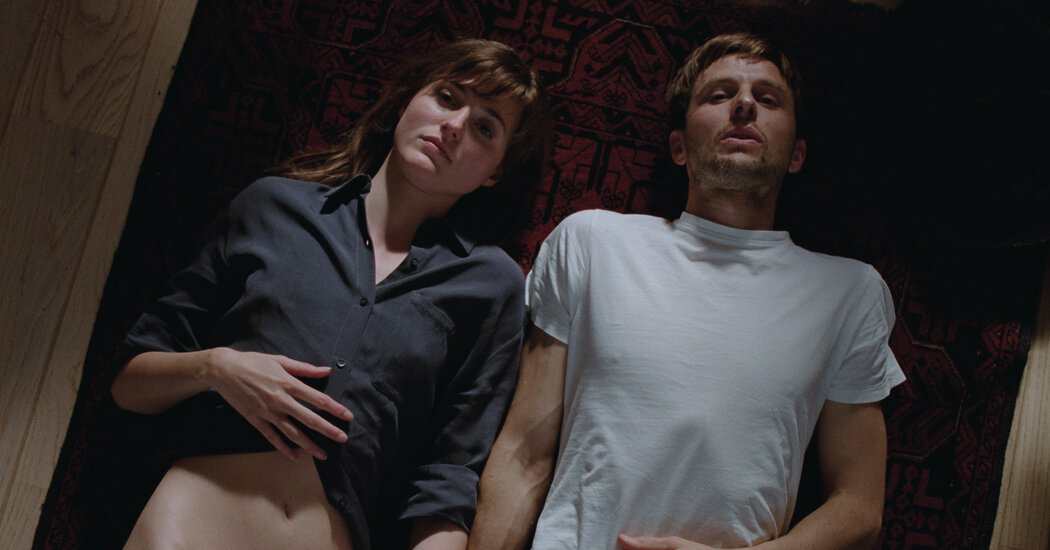 Who does Julie think she is?

It’s certainly a question that can be asked in the usual rhetorical, judgmental way. A footloose resident of Oslo skipping and stumbling into her 30s, Julie (Renate Reinsve) can be brazenly indifferent to the norms of polite behavior and the feelings of others. It’s not for nothing that the movie, directed by Joachim Trier from a script he wrote with his frequent collaborator Eskil Vogt, is called “The Worst Person in the World,” which seems meant to solicit or disarm our disapproval. (When the title phrase is invoked onscreen, by the way, it doesn’t refer to Julie at all, but to a person who by all appearances is unquestionably nice.)

Really, though, the question of who Julie thinks she is should be asked in earnest: It identifies the problem that she and the filmmakers set out to solve. This fast-moving, irreverent quasi-comedy takes the matter of her identity seriously, sometimes more than she does herself.

What does Julie want to be? At the start, that is more a practical than a philosophical question. Before her story is properly underway — before the first of the 12 numbered and titled chapters that make up the plot has even begun — we learn a few things about her. She abandons medical school to study psychology, and then ditches that to become a photographer. Eventually she takes a job in a bookstore. Her hair color changes from blondish to pinkish to brown. She casts off a sweet-seeming boyfriend, has a fling with a sleazy-looking professor and moves on to a hunky, hairless model. All of this is shown in quick cuts and narrated, in the third person, by an unseen older-sounding woman (Ine Jansen supplies the voice) whose dry recitation of the facts seems just the slightest bit judgy, even if you don’t understand Norwegian.

Most of “The Worst Person in the World” follows Julie through the delights and frustrations of two significant relationships: with Aksel (Anders Danielsen Lie), a graphic novelist in his 40s; and with Eivind (Herbert Nordrum), a barista closer to her own age. To the extent that this is the tale of a young woman choosing between alternative suitors, it suggests romantic comedy, a genre Trier both subverts and satisfies. Julie’s sharp, sometimes cruel sense of humor is one source of laughter. Another is Trier’s satirical eye for the foibles of the modern metropolitan middle class as it grapples with parenthood, fitness, etiquette and climate change.

He is confident enough to wear his influences on his sleeve without falling into empty pastiche or pious homage. The voice-over, the love triangle and the brisk insouciance of his style might put you in mind of François Truffaut’s “Jules and Jim.” The jazz clarinet that provides a bridge from the prologue to the first chapter (setting up Billie Holiday’s version of “The Way You Look Tonight”) surely conjures the specter of Woody Allen’s “Manhattan.”

So does Trier’s heart-on-the-sleeve affection for Oslo, which folds “The Worst Person in the World” into a loose trilogy with his earlier films “Reprise” and “Oslo, August 31st.” (Lie, a fascinating and mercurial screen presence, is crucial to all three movies.) The cliché that the city is a character in its own right seems woefully insufficient. The Norwegian capital is what gives the film its character and explains its characters. It’s a clean, well-lighted metropolis with a broken heart. For all his cinematic eclecticism and exuberance, Trier belongs to a cultural tradition that includes Ibsen, Strindberg, Munch and Knausgaard — not the most whimsical company. A mood of somber rumination falls over the fun like a slant of winter light. Somebody’s tears are always on the horizon, and mortality lurks around every corner.

Julie’s improvisational, sometimes reckless approach to work and love — the independence that intoxicates and baffles her — expresses a time and a place as well as her specific temperament. On her 30th birthday, she thinks back on women from earlier generations in her family, whose antique images flash across the screen. When they were her age, she reflects, these foremothers had been married and sometimes divorced, given birth to children and in one case already died. Julie is aware of her good luck, though she also takes it for granted. She can pursue life on her own terms. The trick is figuring out what those terms are.

For a while, it seems as if this will involve choosing the right man. Julie’s father (Vidar Sandem) is a neglectful narcissist, and she’s fortunate that both Aksel and Eivind are, all in all, much nicer guys. Some of this is a sign of generational progress — not that 21st-century Norway, as Julie experiences it, is exactly a feminist utopia.

Shortly after their first hookups, Aksel tries to end his relationship with Julie because of the difference in their ages, worrying that their incompatible expectations will cause trouble between them. “That was the moment she fell in love with him,” the narrator notes, before Julie goes on to prove him right.

His Gen X friends, struggling with parenthood and the specter of middle age, look corny and compromised in her millennial eyes. He’s well established in his career, and even somewhat famous, thanks to an underground comic book that Julie finds “vaguely sexist.” (Later, it will be denounced by a critic on the radio as irredeemably sexist.) She can’t help but experience his patience with her as condescension, his self-confidence as complacency. (In this, their relationship resembles the one between the Tim Roth and Vicky Krieps characters in Mia Hansen-Love’s “Bergman Island.”)

One night, Julie wanders away from Aksel and crashes a wedding, which is where she meets Eivind. He’s also in a relationship, and they spend the evening testing the boundary between flirting and cheating. Technically, they stay on the right side of that line, even though their chaste interactions are hotter than some of the movie’s actual sex scenes.

Nobody’s perfect. When Aksel praises an essay Julie writes, she’s incredulous and encouraged. When Eivind compliments her writing, she’s indignant. Aksel is too intellectual; Eivind isn’t intellectual enough. “Are you planning to keep serving coffee until you’re 50?” she sneers at him. Meanwhile, she’s still working in the bookstore.

So she isn’t the nicest person in the world. One thing you might notice is that she doesn’t seem to have any female friends. Is this because of her shortcomings, or evidence of an imaginative blind spot on Trier and Vogt’s part? Reinsve’s performance is vivid, inventive and grounded — she entirely deserved the acting award she won in Cannes last year — but to some extent, Julie remains a middle-aged man’s idea of a younger woman. If that sounds like I’m scolding, I’d add that the same is true of Anna Karenina, Hedda Gabler and most of Henry James’s heroines. Also that, as a middle-aged man myself, I don’t entirely trust my reaction to the character.

Who does the movie think she is? That’s a different question than the one I started with, but it’s an interesting one in its own right, and one Trier is honest enough to leave open. If “The Worst Person in the World” is about Julie’s indecision, it’s also about Trier’s ambivalence. Some of the suspense in the film comes from wondering what he will do with her, and whether, as much as he loves her, he can figure out how to set her free.

The Worst Person in the World
Rated R. Sex, drugs and Art Garfunkel’s cover of Tom Jobim’s “Waters of March.” In Norwegian, with subtitles. Running time: 2 hours 7 minutes. In theaters.