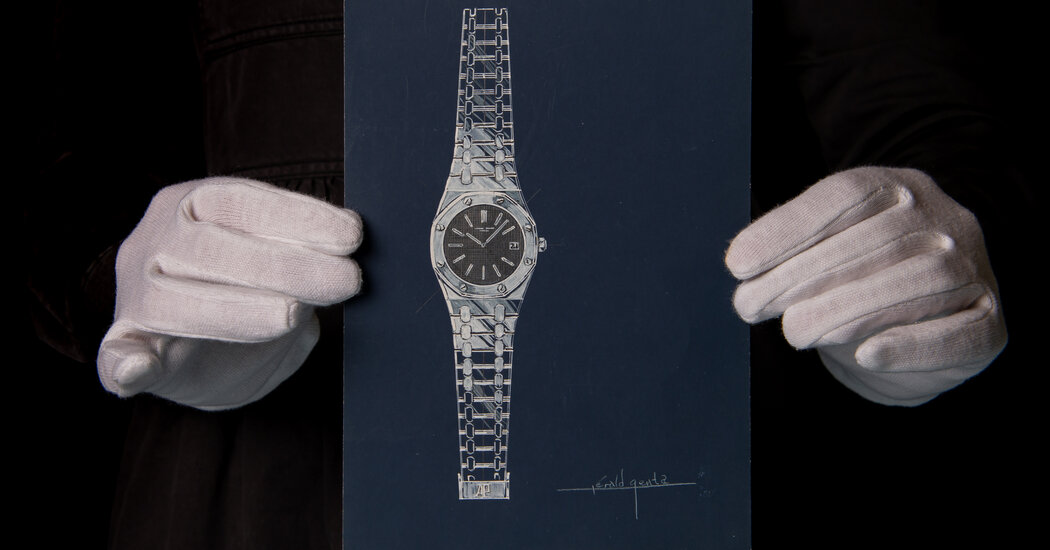 The Royal Oak’s first complication, day and date indicators, arrived in 1983, with its first high complication, the perpetual calendar, landing a year later.

In 1993, the model spawned the 42-millimeter chronograph Offshore, which had an extreme-sport theme. And new gem-set pieces and stone dials such as lapis lazuli were added to the mix.

Sizes were explored during the ’90s, too. A 20-millimeter model called the Royal Oak Mini, slightly more than the diameter of a penny, became the smallest Royal Oak ever made. “You could literally find a Royal Oak for every wrist size,” Mr. Bacs said. (This year several auction houses, including Phillips and Ineichen Auctioneers in Zurich, have scheduled sales dedicated entirely to the Royal Oak.)

As the decade wore on, the Royal Oak emerged as the house’s foremost horological canvas, where movements and materials were tested, but always anchored by the watch’s original design codes. For example, there was a limited edition in the unusual blue-gray alloy tantalum, and, in 1997, a mix of steel and platinum for a 25-piece skeletonized perpetual calendar. (Last year one of those models sold at Phillips for 403,200 Swiss francs, or $434,240, more than five times its minimum sale estimate.)

The 25th birthday observance in 1997 became an ode to new complications, including a chronograph, a limited-edition tourbillon wound from the back (the only Royal Oak without a crown) and a Grande Complication incorporating a minute repeater, split-second chronograph and perpetual calendar, among other functions.

Audemars Piguet is one of the few remaining family-run, independent watchmakers in Switzerland (with its headquarters and museum in Le Brassus), and its desire for individuality was encapsulated in 2002 by another Royal Oak offshoot: the Royal Oak Concept collection, which played with technical advancements and unusual materials like alacrite, a cobalt-based alloy, and carbon. And last year its collaboration with Marvel placed a 3-D white gold figure of the Black Panther on the dial of a flying tourbillon, a limited edition of 250 pieces that sold out.