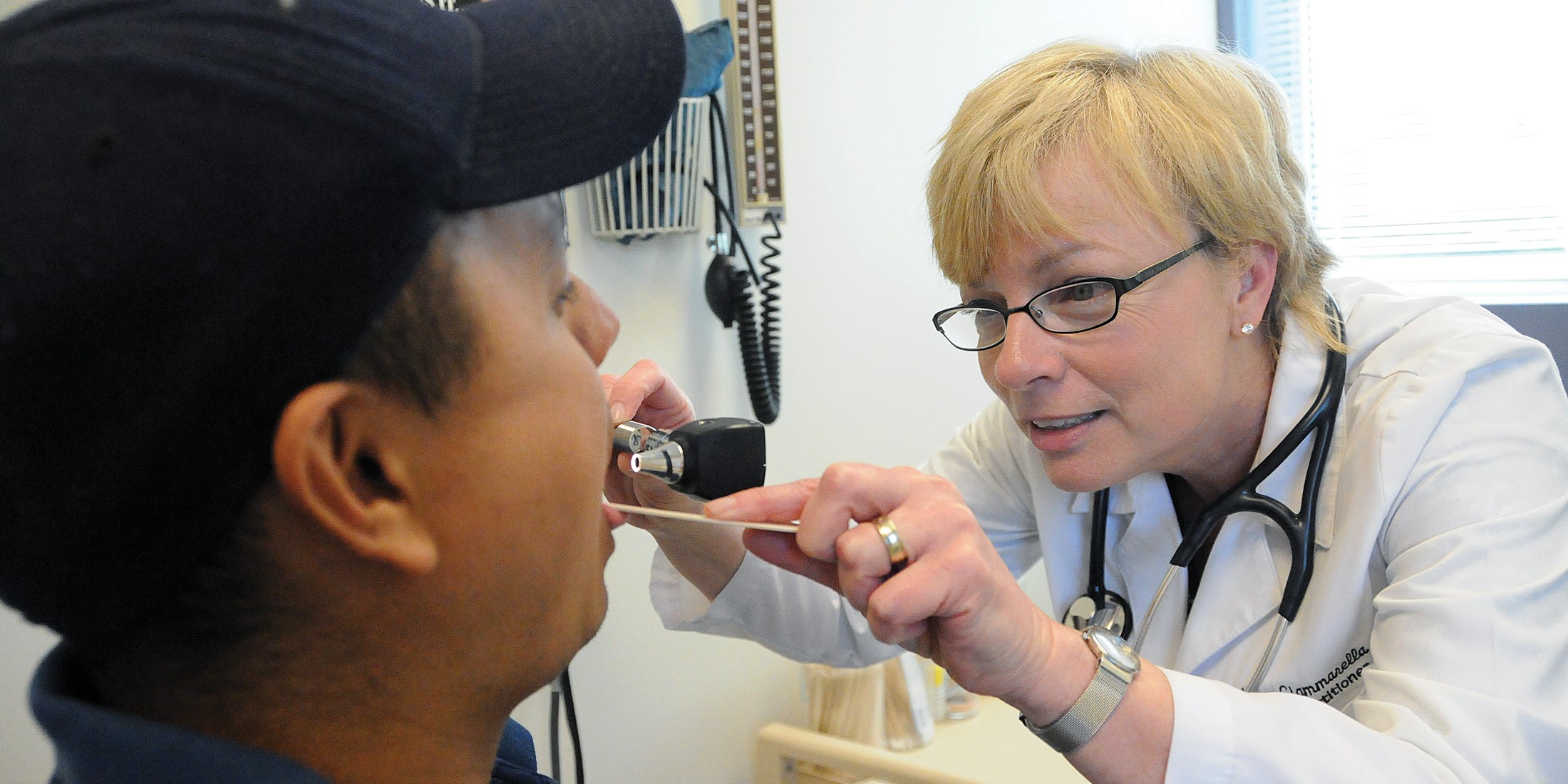 For a good part of the nation’s history, the law of the United States discriminated against people based on superficial characteristics. While the authors of the US constitution scrupulously avoided mentioning the words slave and black, what we know as the fugitive slave clause does stipulate that a person held in service in one state who escapes to another state should be returned. The Supreme Court’s 1857 Dred Scott decision famously denied citizenship to any person of African ancestry and recognized Scott as the property of his owner. It wasn’t until 1920 that ratification of the 19th Amendment officially prohibited the denial of suffrage on the basis of sex, tacitly recognizing that the US and many of its states had long denied women the right to vote. At roughly the same time, many US states were passing laws that permitted the compulsory sterilization of individuals for “feeble-mindedness,” a policy affirmed by the 1927 Supreme Court ruling in Buck v. Bell that “society can prevent those who are mentally unfit from continuing their kind” and “three generations of imbeciles are enough.”

In medicine, the unassailable fact that the law should not discriminate against people based on such characteristics has recently assumed a new and more complex form. The idea of intersectionality, often traced back to a 1989 law journal article, holds that people are disadvantaged based not merely on isolated attributes such as race, sex, or disability, but multiple intersecting traits, also including appearance, class, sexual orientation, and more. Intersectionality regards such traits as intermingled and inseparable from one another, and this had led for calls in the health professions specifically and healthcare generally to focus on these and other characteristics in addressing health disparities. Such disparities include increased rates of infant mortality, heart disease, cancer, illicit drug use, and homicide among black Americans as compared to whites, and these may be amplified when, for example, a black person also happens to be lesbian, gay, bisexual, or transgender. Intersectionality tends to see such disparities as the products of biased social institutions and power inequalities.

To the extent that intersectionality seeks to overcome injustice, prevent disease, promote health, and ensure that the law does not interfere with the full development of each person’s capabilities, it offers little to criticize. A problem arises, however, when proponents of intersectionality define individuals according to the multiple demographic categories to which they can be assigned. People should not be denied opportunities or granted privileges based simply on their race. The same can be said for characteristics such as sex and disability. But just as it is wrong to judge people by any single category to which they can be assigned, it is also problematic to do so according to multiple intersecting categories. It is not only morally problematic but also often highly misleading. Once we begin looking at people, such as patients, through a primarily demographic lens, we are likely to overlook other equally or even more important characteristics that should weigh more heavily in our thinking. Consider the case of Mrs. D.

Mrs. D. could be assigned to multiple categories. She was black. She was old. She spent her whole life in a rural, relatively impoverished setting. She was not well-educated. And in many respects, as the proponents of intersectionality would predict, these traits did not serve her well as a patient. Her primary physician, who saw her regularly for high blood pressure and an abnormal heart rhythm, noticed that her blood platelet levels were low. He ordered a scan that showed enlarged lymph nodes, but Mrs. D.’s daughters understood her physician to say that no further work up would be needed. Over the following five months, she developed a cough that did not improve on antibiotics, lost 25 pounds, and suffered a dramatic fall in her blood counts. A biopsy confirmed that she suffered from lymphoma. She underwent treatment that landed her in the intensive care unit, followed by a long stay at a rehabilitation facility.

Mrs. D. clearly suffered from a delay in diagnosis, which enabled her cancer to progress to a more advanced stage, and her demographic characteristics likely contributed to this. In fact, Mrs. D. died 13 months after her initial presentation, and had the details of her case been entered into a database and analyzed by standard statistical categories, she would undoubtedly be counted among the legions of patients whose race, socioeconomic status, and low educational attainment contributed to a poor health outcome. Had she been white, rich, and well-educated, such an analysis would suggest, the story might have been different.

But the case of Mrs. D. is more complex and richer than any such statistical analysis could suggest. Despite the fact that her oncologist was white, male, financially well off, and highly educated, the two got to know each other well, developing a relationship of mutual respect and trust. In multiple conversations, Mrs. D. made it clear that her faith played a powerful role in her healthcare decision-making and her sense of purpose in life. She expressed a deep conviction that she had led a good life, had no fear of death, and wished to avoid another difficult sojourn in the intensive care unit. For these reasons, she elected not to pursue additional chemotherapy. Instead, she chose to receive palliative care at home, where she could spend the holidays with her family, friends, and faith community. Following a brief remission, her lymphoma progressed rapidly, and she died quietly with her family gathered at her bedside.

To someone armed with only demographic and statistical information on her case, Mrs. D.’s death appears to be the result of a variety of intersecting factors that placed her at a disadvantage compared to other patients. To some degree, at least regarding the delay in diagnosis, this is very likely to be true. But it would be a mistake to assume that discrimination prevented her from receiving all available therapy. Mrs. D.’s death was the result not of prejudice but respect, not suspicion but trust, and not bad but good faith. Although not highly educated, Mrs. D. was more than wise enough to know that healthcare outcomes involve more than healthcare. Mrs. D knew that we must see people not just as demographic data points or biological specimens but also as human beings with whom relationships, respect, and trust make all the difference. Mrs. D. was more than black, female, poor, and poorly educated. She was also a person whose grace and good cheer in the face of daunting circumstances continues to inspire the health professionals who cared for her.

There are lessons here that health professionals should never forget. To discriminate against someone based on traits such as race or sex is impossible to justify morally. To favor someone strictly on such grounds is equally problematic. And it is highly desirable that we should understand and respond with compassion to the obstacles, setbacks, and suffering someone has endured on such grounds. But we should also take care lest our focus on superficial characteristics blind us to the human being beneath the surface. To know a person, we need access to more than a photograph, a financial portfolio, or an IQ test result. We need to know them not only statistically but also biographically, engaging them in conversation. In many cases, the most accomplished person in the room is black, the most able leader is a woman, and the person best equipped to create or perform a work of art is disabled, but demographic characteristics alone provide no such insights. When we make snap judgments based on demographic statistics, we overlook deeper and more meaningful realities more deserving of our attention.

Like any perspective, intersectionality reveals some things and distracts from or even conceals others. Insofar as intersectionality encourages us to look deeper, it can help us to become better health professionals, patients, and human beings. But to the extent that it fixes our gaze at a superficial level and discourages us from having the conversations and building the relationships that underlie the best medical care, it can obscure as much or more than it reveals. What contemporary medicine ultimately needs is not a growing pile-up of demographic parameters but more curiosity, collaboration, and synergy. In the words of Martin Luther King, Jr., “Let us be dissatisfied until men and women, no matter how black they may be, will be judged on the basis of the content of their character, not on the basis of the color of their skin.” Mrs. D. is counting on us.