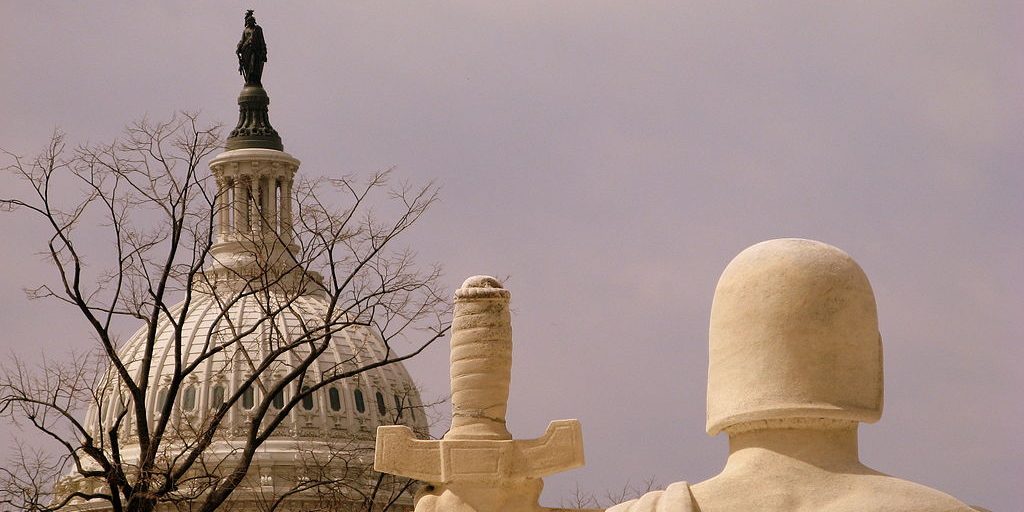 In the next few months, the Supreme Court will decide West Virginia v. EPA, a case that could be more important for what the justices say about the proper methods of statutory interpretation than whether a particular greenhouse gas regulation survives that evaluation.

A New Yorker piece previewing the case earlier this year highlighted the importance of the statutory interpretation issue, but with an apocalyptic conclusion, based on the demonstrably false premise that Congress can’t “possibly” make major policy decisions for the nation any longer. With the ominous title, “The Supreme Court Case That Could Upend Efforts to Protect the Environment,” the article decried the possibility that the High Court might narrow a controversial judicial deference doctrine (known as Chevron deference), and instead, reinforce the traditional rule that judges must interpret statutes independently without showing systematic bias toward one side.

The substantive question in West Virginia v. EPA is whether the Clean Air Act authorizes EPA to regulate electric utilities beyond the physical boundaries of individual power plants in order to reduce greenhouse gas emissions. Assuming that a majority of justices conclude they have jurisdiction to decide the merits question, and that’s a good bet, the Court must then interpret what seems like an ambiguous provision or application of the Clean Air Act. The normal approach under Chevron is for judges to defer to any reasonable interpretation of an ambiguous statute by the regulatory agency entrusted to enforce it.

Such judicial deference to regulatory agencies’ interpretation of their own powers is under fire because it exhibits repeated bias toward one side in litigation, and violates courts’ duty to independently say what the law is. But there are exceptions to reflexive Chevron deference; the most important is the “major questions doctrine,” under which the courts don’t assume Congress delegated major questions of “vast economic and political significance” to regulatory agencies unless Congress does so clearly and expressly in the relevant statute.

The major questions doctrine has been invoked by the Supreme Court more often in recent years to invalidate expansive and novel exercises of emergency power, such as the CDC’s rental eviction moratorium and its private employer mandate, that were supposedly authorized by long extant statutes that were never known to include such power. Several justices focused on this exception to Chevron deference during oral argument in West Virginia v. EPA, raising expectations that the decision would apply and perhaps expand the major questions doctrine’s clear statement rule.

A related but largely dormant constitutional doctrine holds that Congress must always make the major policy decisions in statutes, even if it wants to delegate such power to regulatory bureaucrats, but that nondelegation rule is not squarely presented in the pending case. The revival of a more muscular nondelegation rule requiring Congress to decide all major policy issues at the federal level would have far-reaching implications, but it is unlikely to arise in any case in which the Court can conclude, on statutory grounds (as it can in West Virginia v. EPA), that Congress did not attempt to delegate a major policy to an agency to decide.

Thus, an expansion of the major questions doctrine, requiring Congress to be clear about significant delegations of its legislative power to regulatory agencies, potentially limits or at least postpones the revival of the stronger constitutional rule. Accordingly, fans of broader agency power should embrace a statutory clear statement rule that forestalls the reanimation of the constitutional rule that would ban broad delegations outright. But many foolishly fight both developments, arguing for the validity of implied delegations by Congress of almost unlimited powers to regulatory agencies.

Of all the arguments favoring broad delegations of rulemaking authority to regulatory agencies, (even when Congress’ intention to do so is unclear), among the least convincing is that Congress must delegate because it is incapable of making major policy decisions any longer. The author of the New Yorker piece, Elizabeth Kolbert, advanced that position in her concluding argument with a helpful quote from a well-known law professor:

“The whole model of the New Deal state is that Congress passes laws that delegate to administrative agencies sweeping regulatory power to address the public health and welfare of the American people,” Richard Lazarus, a professor at Harvard Law School, explained. “And they don’t lay out the details, because they couldn’t possibly do that.” These days, of course, Congress is barely even able to pass laws. It hasn’t approved a significant piece of environmental legislation since 1990. The practical effect of the Court’s insisting that it lay out its intentions in detail before executive agencies issue regulations to address new threats—major or otherwise—would be to prevent those rules from being written.

It’s unclear what level of detail Prof. Lazarus had in mind when he claimed that Congress “couldn’t possibly” lay out the regulatory details when it grants admittedly “sweeping” power to federal regulatory agencies to write binding regulations. But it is quite easy to show that Congress could lay out significantly more detail than it does in many of the broad grants that regulatory state fans laud—or at least decide the major policy questions of “vast economic and political significance.”

That Congress often does not decide significant policy questions when creating new regulatory programs, and instead, creates what Justice Antonin Scalia once described as “junior varsity congresses” to do the hard work, does not prove that Congress can’t do so. Professor David Schoenbrod, among others, explained long ago why Members of Congress prefer to shun the hard work and accountability for making tough policy calls, while still taking credit for “doing something” by passing feel-good laws that delegate the real authority to regulatory agencies. Elected lawmakers will try to avoid accountability for making major policy calls as long as they can get away with it.

Yet despite Kolbert’s assertion, Congress has passed at least eight important environmental laws since 1990, according to EPA’s count of what is important. Even so, it is not surprising that Congress hasn’t amended the Clean Air Act to expressly address greenhouse gas emissions given the political incentives described above, the fact that the EPA asserts that it already has delegated authority to regulate such emissions, and that the Supreme Court has previously (though questionably) endorsed that reading of EPA’s statutory power. In sum, Kolbert gets the causation exactly backward. Legislative norms won’t change as long as the courts allow Congress to fob off its responsibility to decide consequential policy issues.

Nevertheless, Congress regularly enacts detailed statutes in some areas. Consider its voluminous tax laws, which dictate quite minor details, including precise depreciation tables for specified asset classes and other minutiae that only accountants understand. Ambiguities will always remain, but the level of statutory detail in tax laws is vastly greater than that in other broad and vague grants of agency power. Perhaps Congress micromanages tax laws because rent-seekers and other factions demand it, but that would simply prove that incentives change legislative behavior.

Given that Congress can provide legislative detail when it is convenient, its failure in some instances suggests either: that there isn’t the level of political consensus necessary to enact some policies people like Kolbert want, or that Congress hasn’t expended the time, energy, and political will it takes to reach compromises that typify landmark social and economic legislation. It’s hard to say in any instance what is politically possible after Congress jettisons its escape hatch of vague, “do good” regulatory delegations, but for those who claim to venerate democracy over authoritarian edicts, it’s surprising how limited they think the range of decisionmaking can be under legislative government.

The bottom line is that Congress is less likely to decide major policy questions if the courts make it easy for politicians to evade responsibility for them. Norms and expectations will change, and legislative details will increase, if democratic rules are reinforced that require our elected representatives, rather than unelected bureaucrats, to make the fundamental laws that bind us.