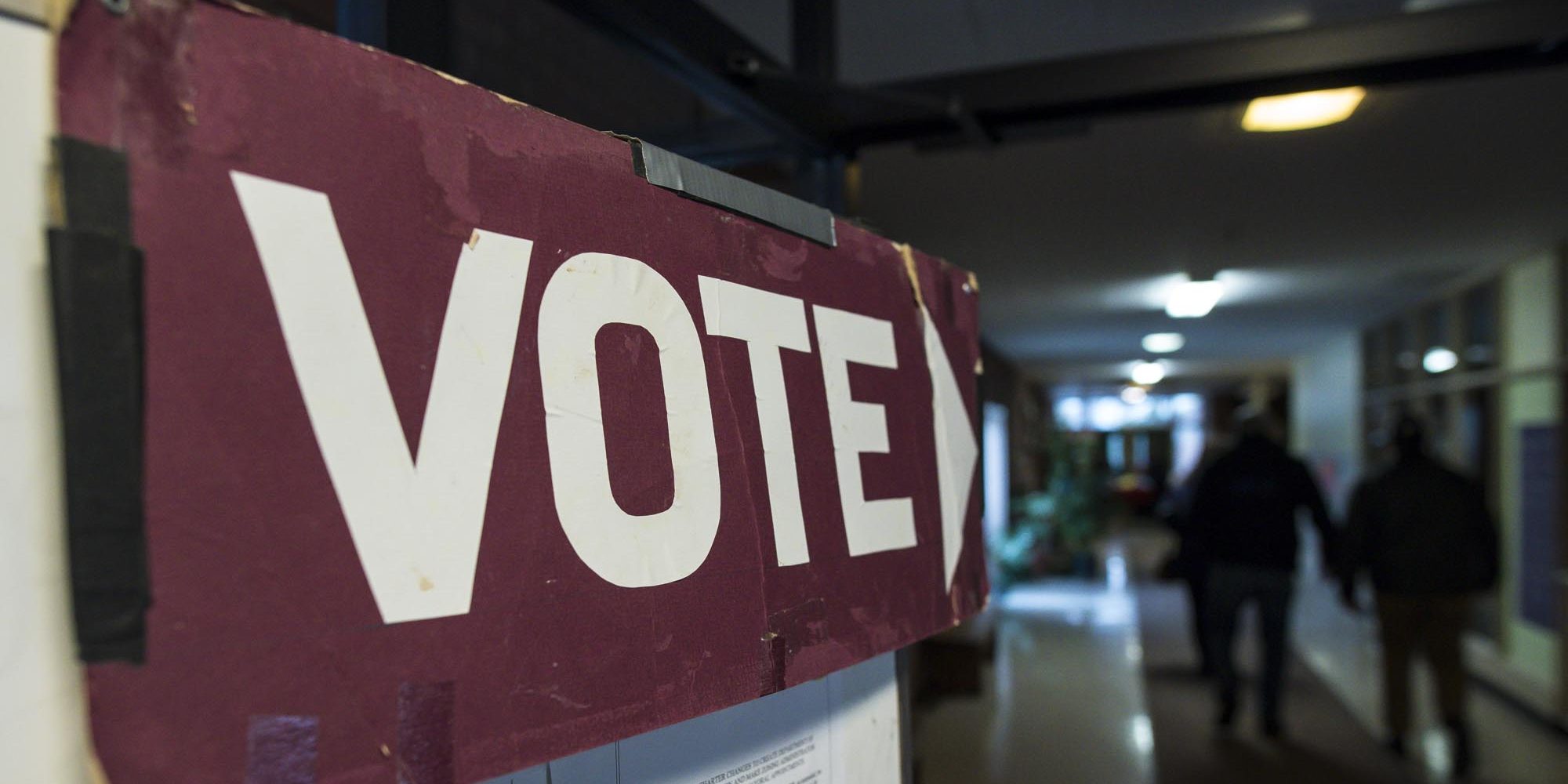 In a Law and Liberty essay last month, George Hawley opines in favor of Ranked Choice Voting (RCV) while serendipitously, The Wall Street Journal’s Kimberly Strassel recently argued RCV is a scam. Neither of these articles explicitly defines RCV (also known as Instant Runoff Voting or IRV). While this form of voting is still boutique, it is becoming more common as an electoral method. Most elections in the United States are a two-round system of first-past-the-post (FPTP) or plurality, as opposed to majority, voting: In the first round the standard bearer for each political party is selected by plurality vote and then in the second round, this occurs among the top candidates for each party, again by plurality.

RCV is an electoral system where voters rank candidates by ordinal preference on their ballots. If a candidate has the majority of first-rank votes, then that candidate wins. However, if no candidate receives a majority of first-place votes, then the candidate with the fewest first-rank votes is eliminated. The second-rank votes from the eliminated candidate are then counted toward the totals. In other words, the second-rank votes become first-rank for those voters with their eliminated candidate. Then it is checked to see if any candidate has a majority of the votes, which include the adjusted ones. If so, we have a winner, otherwise this process is repeated until we do. Before we turn to Hawley’s and Strasser’s opposing viewpoints with respect to RCV, it will be prudent to consider the mathematics of voting, i.e., social choice theory, to see the actual structure of Ranked Choice Voting.

A Paradox of Ranked Choice Voting

May the readers of Law and Liberty forgive us, but we’re going to introduce mathematical notation. Let x > y represent that x is preferred to y. For example, we can read “baseball > soccer” as we prefer baseball to soccer. The Marquis de Condorcet, Nicolas de Caritat, noticed the following problem with ranked voting methods, which is referred to as Condorcet’s Paradox. Let’s suppose the following voters (or groups of voters) have these candidate preferences:

If we try to determine what the will of the people is with the result of the joint preferences of the three voters, this results in A > B > C > A > B > C > A. This is termed a Condorcet cycle and means that there is no winner to the election. We can summarize Condorcet’s paradox as such: even if the preferences of individual voters are transitive, this does not guarantee that the aggregate is transitive.

A manifestation of Condorcet’s Paradox is found within both FPFP and RCV since individuals’ preferences are not necessarily reflected in the group preferences. In other words, neither of these methods of voting guarantees a Condorcet Winner, i.e., a candidate in a head-to-head comparison is preferred by the voters over every other choice is the winner of the election.

There is a myriad of actual examples of this such as the 2009 mayoral election in Burlington, VT, but let’s look at the San Francisco Supervisor election for District 10 in 2010, which was decided by RCV. Of the 21 candidates, Malia Cohen received only about 11.77% of the total first-preference votes while Lynette Sweet had the highest percentage of first-preference votes (12.07%). In FPTP, Sweet would have won and Cohen would have placed third. But with RCV, there needed to be 20 iterations of the algorithm to declare a winner! Not only did Sweet have the highest percentage of first-preference votes, but she was also the top vote-getter of 13 of the 20 passes. However, she was eliminated in the 18th iteration, while Malia Cohen was finally declared the winner.

The Impossibility of Not Having a Dictator

In 1951, the mathematician and economist Kenneth Arrow conceived of what we now call Arrow’s Impossibility Theorem, which was among the reasons he won the Noble Prize in Economics 21 years later. Arrow assumed that if an electoral system has all of the following fairness criteria with at least three candidates, then that would result in there being a dictator.

More on that in a moment, but let’s first describe the fairness criteria. (A technical note: In the literature, Arrow’s axioms are described in a myriad of ways, sometimes there are five of them instead of four, and even with different names or quite dissimilar, yet equivalent, formulations.)

1. Majority. If a candidate has a majority of first-place choice votes, then that candidate should be the winner of the election. RCV satisfies this criterion.

3. Pareto efficiency or Monotonicity. This is the unanimity requirement, viz. moving a candidate higher on one’s preference list should not hurt the candidate. Let’s consider an example with three candidates to illustrate Pareto efficiency. Suppose for Election 1 the number of votes for each preference are:

Now suppose for Election 2 that 10 voters that had A as their second choice, now make A their first choice.

Now B is eliminated in the first round, where 22 of his votes are transferred to C and 2 are transferred to A. C now wins 51–49.  Thus, monotonicity is not met since A was penalized in Election 2 by having 10 voters rank him higher.

Now that we have met the four criteria of Arrow’s Impossibility Theorem, what does he mean by saying that only a dictator can satisfy the criteria?

Arrow’s Impossibility Theorem.  Any voting method that uses voters’ ranked choices to decide an election with a single winner with at least three candidates will violate at least one of the four fairness criteria described above. The only procedure which satisfies the four criteria is a dictatorship, i.e., it is the procedure where the societal outcome always agrees with a particular voter’s preference.

This means if we are not going to have a dictatorship, then at least one of the four criteria must be violated. For RCV, three of the four are violated, viz. Pareto, Condorcet, and IIA. If we have a Plurality Method, then that satisfies the Majority and Pareto criteria, but not Condorcet and IIA.

Two other common methods of voting are the Borda Count method, which violates all but Pareto, and the Pairwise Comparisons method, which satisfies all of the criteria except IIA. The latter method, which is also called Copeland’s Method, compares each pair of candidates, using all preferences to determine which of the two is more preferred. The more preferred candidate is awarded one point. If there is a tie, each candidate is awarded a half point. After all pairwise comparisons are made, the candidate with the most points, hence, the most pairwise wins, is declared the winner. In addition to not satisfying IIA, another issue with Pairwise Comparison voting is that the method has the tendency to result in ties.

Returning to Hawley and Strassel, the latter is opposed to RCV, and while she does not make her argument against it in mathematical terms as we have done above, she correctly points out that in a pragmatic sense the RCV is confusing and leads to paradoxical outcomes, by which we mean outcomes that do not appear to reflect the will of the voters, e.g., an Alaskan Democrat winning a statewide election. RCV is clearly flawed mathematically and quite confusing in practice.

Nevadans were asked to vote on a RCV with five candidate preferences this November, and they had to wait long after election day to know the result of Question 3. Let’s suppose we’re ranking our favorite restaurant chain to get a fast-food hamburger. We start out easily enough. In-N-Out > The Habit > Carl’s Jr., but then what? We don’t particularly like McDonald’s or Burger King, and thusly don’t want to rank them. If the RCV system in place forces us to rank all our choices, then we’re stuck giving votes to two restaurant chains that we do not eat at.

While if the RCV system does not demand that we rank all the choices, then we’re penalized since our vote is worth less since we did not rank these two options. Also, by what metric do we expect voters to be able to distinguish the ranking of two choices that we are indifferent toward? With many states unable to count FPTP votes in a timely fashion, further confusing the issue with other electoral methods like RCV will just increase the scourge of “election denying” since RCV is even more difficult to tabulate and has results that do not match the will of the electorate since the eventual winner will often only have a small percentage of the initial tally.

One of Hawley’s primary arguments in favor of RCV, as opposed to FPTP, is to increase the flourishing of third parties. He does not offer justification for why this is a good thing other than to say that having merely two major parties leads to inconsistent ideology within each. Let’s suppose there was a pro-life/pro-gun party called “Babies n’ ARs” and that we would be among the first to gleefully join, but outside the confines of the Republican Party, this party would be essentially powerless and would have to caucus with the GOP in the same way that the socialist Bernie Sanders does with the Democratic Party. Ergo, this author would be a de jure member of the “Babies n’ ARs Party” but de facto, would be a Republican. In practice, then, American third-party candidates work with one of the two major parties in our system.

Perhaps a mathematically superior voting method like Pairwise Comparison could win out, but until all states, territories, and districts of the United States of America are able to count all of the votes within a few hours of the polls closing like Florida, we should stick with first-past-the-post.