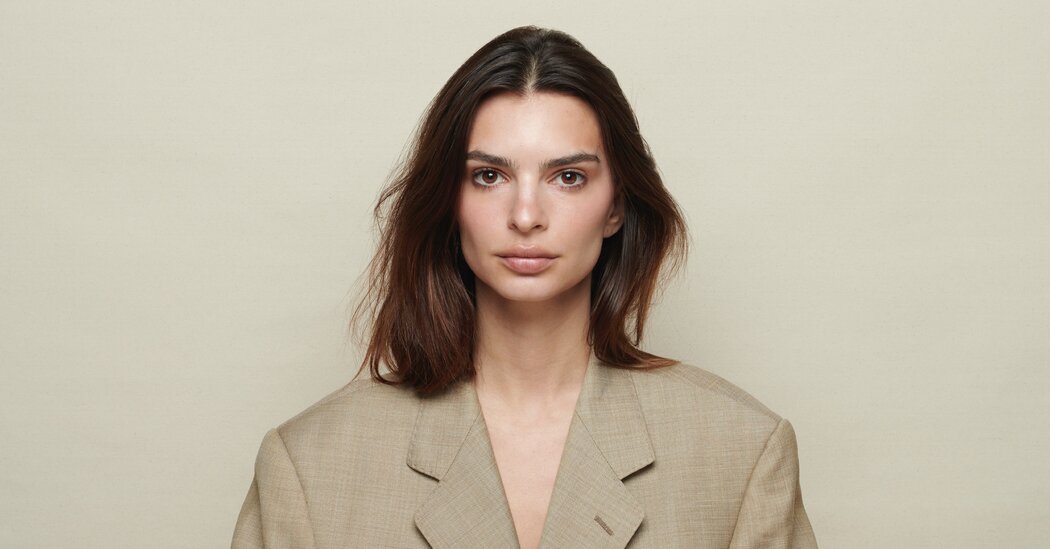 Perhaps. The language of objectification has followed Ratajkowski like a hungry dog for her whole career, waiting for her to let down her guard. Her reputation as thoughtful and well read, coupled with her support of socialist policies, has only heightened for her the growing expectation that famously beautiful women be able to justify, politically, the act of being famously beautiful. Caught in the wrong video at the wrong time, Ratajkowski became an effigy for the exhaustion of a pop-feminist framework; if the author of “My Body” cannot decide whether her success has been empowering or not, that’s because this is a trick question.

It is by transforming one’s body into an object that one can sell it; it is by selling it that one may gain food, housing, status, influence and, yes, “power.” This is as true for the poorest sex worker as it is for the most celebrated actress; it is also true, by the way, for Amazon workers, short-order cooks and (my neck hurts as I write this) magazine writers. I am not mocking our differences; I am saying that the experience of becoming an object for pay is so general as to be trivial. That the tiny sliver of this experience to do with female sexuality should be singled out by feminists for censure reflects, certainly in Ratajkowski’s case, a gratuitous inflation of male power’s scope and reach.

Accordingly, the best parts of “My Body” are when Ratajkowski realizes that the best way to stop thinking about the male gaze is to think about something else instead. “I’m very obsessed with women,” she tells me. When Ratajkowski arrived on the set of “Blurred Lines,” she was pleased to find that the director Diane Martel had stacked the crew with women; for many hours, Thicke and the song’s other co-writers weren’t even present. Ratajkowski remembers wiggling around in her platform sneakers “ridiculously, loosely, the way I would to entertain my girlfriends.” The “Blurred Lines” video, viewed today, is clearly self-parodic. If anything, with its mismatched props, barnyard animals and flat beige cyclorama, it depicts a group of attractive people amusingly failing to make a music video. “There’s something risky and sexy about relationships with other women when you’re aware of the gaze, but the gaze isn’t there physically,” Ratajkowski observes.

But the blurred lines between one woman and the next, unacceptable to misogynists and many feminists, too, will most likely disappear next to Ratajkowski’s allegations that a drunk Robin Thicke cupped her bare breasts during the shoot. “I felt naked for the first time that day,” she writes, ashamed that it would take her years to call it sexual harassment. The allegations have already leaked to the tabloids, which have cast Ratajkowski as a helpless victim. “Remind me why I decided to do this?” she texted me after The New York Post called her childhood “sad” and “sexualized.” (Representatives for Thicke didn’t respond to requests for comment.)

The book contains many accounts of violation, sexual and otherwise. In one essay, it is not until after the death of Ratajkowski’s first boyfriend, who she says raped her when she was 14, that she is able to whisper to herself, “Owen, no.” (Owen is a pseudonym.) In “Buying Myself Back,” Ratajkowski is incredulous when she is sued for posting a paparazzi photo to Instagram; horrified when hackers leak her nudes on 4chan; furious when Jonathan Leder, who she says digitally penetrated her without her consent, publishes Polaroids of her with an allegedly forged release form. (Leder has said that Ratajkowski’s allegations are “too tawdry and childish to respond to,” telling a fact checker for New York magazine, “This is the girl that was naked in Treats magazine and bounced around naked in the Robin Thicke video at that time. You really want someone to believe she was a victim?”)

But the author of “My Body” has no investment in herself as a victim. If the men who hurt Ratajkowski in “My Body” are predators, she does not depict them as predatory. On the contrary, they are small, insecure people desperate to prove themselves, as pathetic as they are powerful. As Ratajkowski is quick to note, her experiences are neither disintegrating, even when traumatic, nor especially unique; her point is simply that they are no one’s but her own.

Instead of focusing on her damage — she considers suing Leder, but says he isn’t worth the trouble — Ratajkowski would rather create. “My Body” is only one example of that. Last May, she cleverly auctioned off an NFT, or nonfungible token, of a photo of herself standing next to the Richard Prince print, coolly reappropriating Prince’s appropriation of her image. (The NFT sold for $175,000 through Christie’s.) There was cheerful wit here, and more deliberateness in her self-presentation than the model took earlier in her career. These days, Ratajkowski is not looking for vengeance, or even recognition, but something quieter.