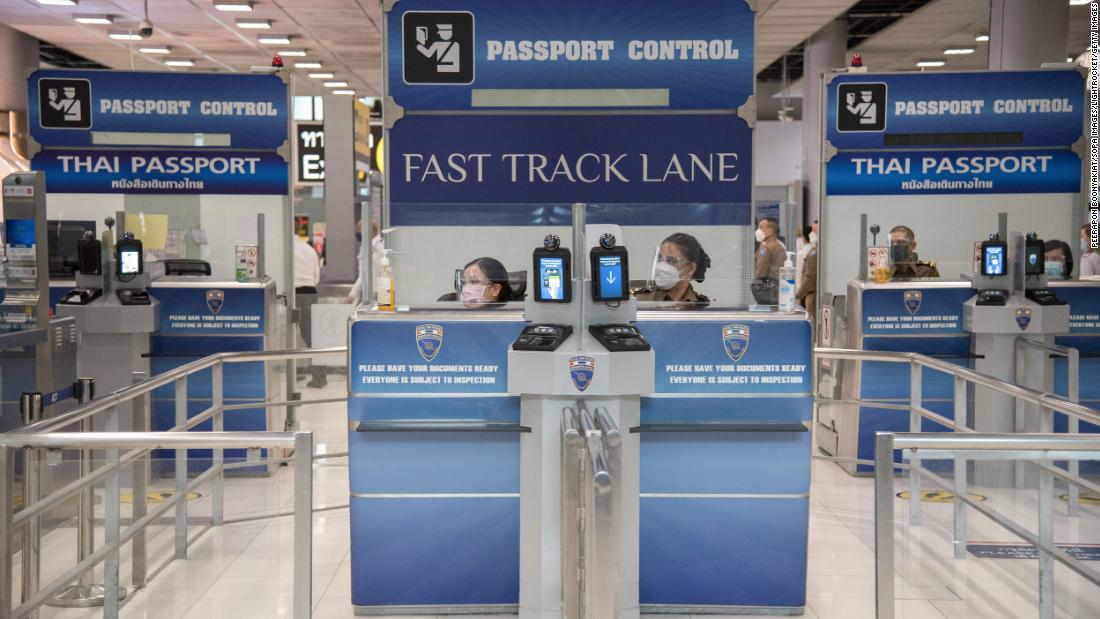 (CNN) — Amid the new Omicron variant of the coronavirus, Thailand has announced some changes to its inbound quarantine-free travel status for some visitors.

As of midnight on December 22, no new applications for quarantine exemptions under the Thailand Pass scheme will be considered. The government says this is a temporary suspension rather than a permanent ban, but there’s no date yet for when the hold might be lifted.

Thailand Pass was one of the southeast Asian country’s significant moves toward reopening to travel. Tourism is one of Thailand’s biggest industries, with nearly 40 million visitors in 2019. Under the conditions of the Thailand Pass, fully vaccinated people hoping to visit from a low-risk country could apply to bypass quarantine on arrival.

The pass, which was under the “Test & Go program,” kicked off November 1.

According to a Thai government news release, 200,000 people have so far applied for the pass, which comes with a phone QR code enabling them to travel freely around the country and enter restaurants, attractions, shops and other public places.

Travelers who have already applied and been approved won’t be affected by the new regulations. However, if they haven’t yet entered Thailand they will now be required to take two PCR tests after arriving, one of which will be at a government facility.

Now, travelers to Thailand — except those participating in the Phuket Sandbox program — will be subject to a quarantine of seven to 10 days, depending on their country of origin.

Thailand has also announced it will expand the nationwide contact tracing program, but it hasn’t yet shared specifics on how that will happen.

Those who have applied for the Thailand Pass but not yet gotten approved can also continue on as normal once they get a response to their application.

The Omicron variant was first identified by scientists in South Africa in November. It is now the dominant strain of new infections in the United States.