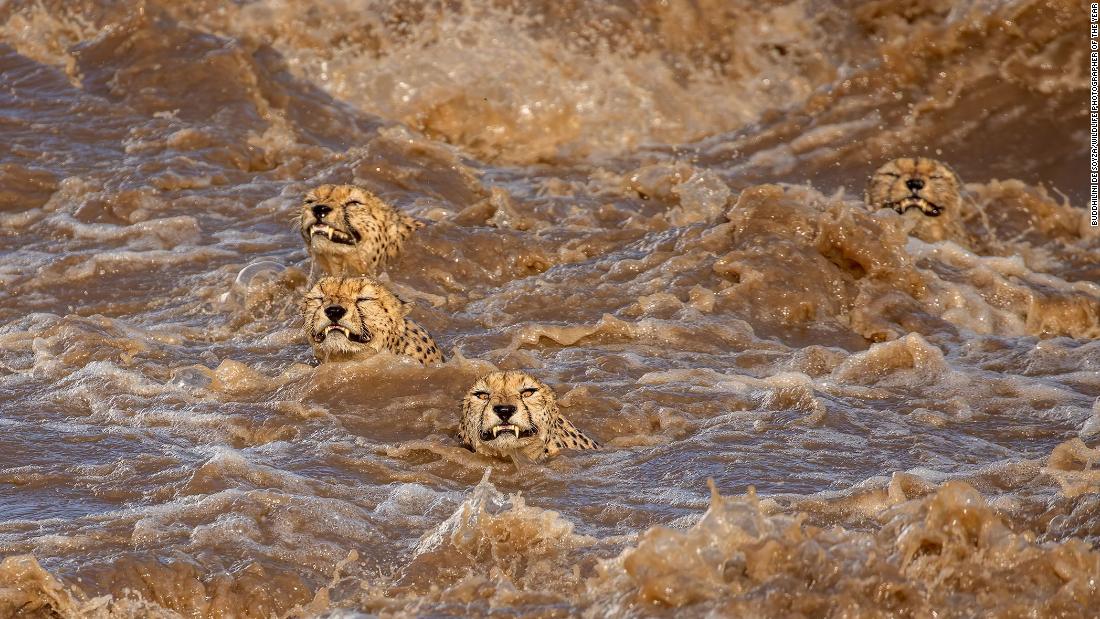 (CNN) — A number of stunning entries to the Wildlife Photographer of the Year competition have been released, including images of an Iberian lynx framed in a doorway, cheetahs swimming in a raging river and blood dripping from the muzzle of a lioness.
There were a record number of entries to the 57th edition of the competition, which is organized by the Natural History Museum in London, and a selection of “highly commended” images was released Tuesday evening.

“It was the overall quality of entries that took us by surprise,” said Roz Kidman Cox, chair of the judging panel, in a press release.

“With most travel plans cancelled over the past year, photographers seem to have spent extra time considering what gems to submit. The result is a collection of both thought-provoking images and ones that, in these dark times, remind us of the joy and wonder to be had from nature.”

Industry experts selected among 50,000 submissions from photographers in 95 countries, judging for “creativity, originality, and technical excellence,” according to the press release.

“These extraordinary images showcase the rich diversity of life on Earth and spark curiosity and wonder,” said Doug Gurr, director of the Natural History Museum, in the press release.

“Telling the story of a planet under pressure, the Wildlife Photographer of the Year exhibition illuminates the urgent challenges we face and the collective action we need to take.”

The category winners will be announced on October 12 and will feature in an exhibition set to open on October 15 and run until June 5 2022.