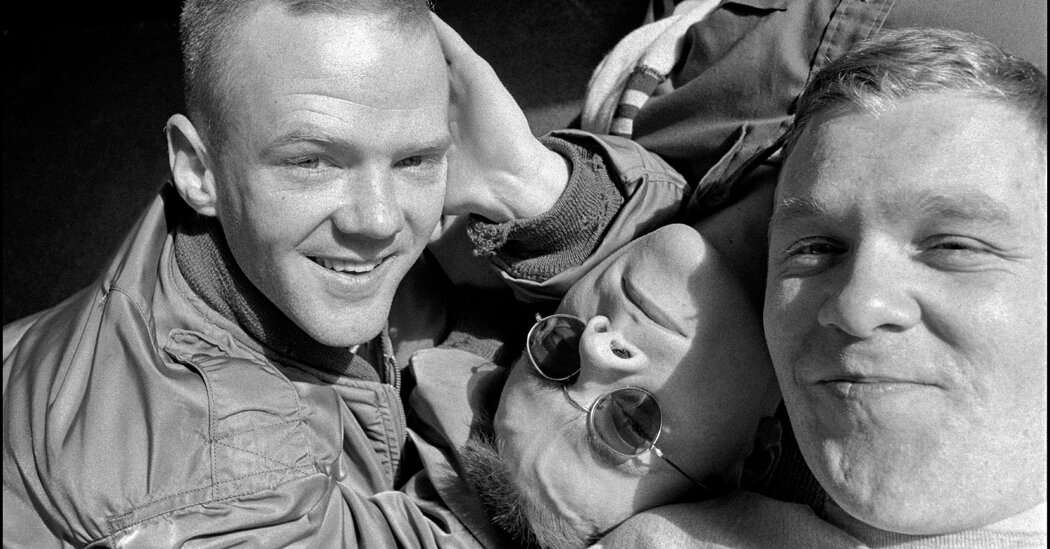 Steve Bronski, part of the 1980s British synth-pop trio Bronski Beat, whose members were openly gay at a time when that was uncommon and whose early songs unabashedly addressed homophobia and other gay issues, died after a fire on Dec. 7 at his apartment building in the Soho section of London. He was 61.

The Inner West London Coroner’s Court confirmed his death. The London Fire Brigade earlier reported that it had responded to a fire on Berwick Street and taken an unidentified man to a hospital, where he later died.

Mr. Bronski had a stroke several years ago, and Josephine Samuel, who had been helping to care for him, told The Guardian that this may have made it difficult for him to escape the building.

Mr. Bronski formed Bronski Beat in 1983 with Jimmy Somerville and Larry Steinbachek, and their first single, “Smalltown Boy,” was released the next year. It was a stark story of a young gay man’s escape from a provincial town where he had endured a homophobic attack; a haunting chorus repeats, “Run away, turn away.” The official video for the song, fleshing out the events the lyrics allude to, has been viewed more than 68 million times on YouTube.

The song became a Top Five hit in Britain and made the charts in other countries as well, including the United States. A follow-up, “Why?,” another chart success, was equally direct, the lyrics speaking to the ostracism and social disapproval experienced by gay people.

“You in your false securities tear up my life, condemning me,” one lyric goes. “Name me an illness, call me a sin. Never feel guilty, never give in.”

“They buck stereotypes,” Jim Farber wrote in The Daily News in 1985, “presenting themselves as everyday Joes.”

The group’s debut album, “The Age of Consent” (1984), was as forthright as the two singles. The album sleeve listed the “minimum age for lawful homosexual relationships between men” in European countries, an effort to underscore that the age in Britain at the time, 21, was higher than it was almost everywhere else. The sleeve also included a phone number for a gay legal advice line.

Mr. Bronski said the trio didn’t start out as a political or social statement.

“We were just writing songs that spoke about our lives at the time,” he told the magazine Gay Times in 2018. “We had no idea ‘Smalltown Boy’ would resonate with so many people.”

But when they began doing live performances in 1983, he told The Associated Press in 1986, the audience reaction helped them realize that they had struck a chord.

“We had all these people coming backstage saying, ‘I think it’s great you’ve been so honest about it,’” he said.

That same audience reaction landed the group a contract with London Records in early 1984. Mr. Bronski was on keyboards, as was Mr. Steinbachek; Mr. Somerville’s distinctive falsetto vocals were the group’s signature.

Warren Whaley, an electronic music composer based in Los Angeles and half of the synth-pop duo the Dollhouse, struck up a running correspondence with Mr. Bronski when he wrote to him after Mr. Steinbachek’s death in 2016.

“I recall hearing their debut single, ‘Smalltown Boy,’ on the alternative music radio station in Los Angeles in 1984,” Mr. Whaley said by email. “The song starts with a heavy octave bass. Then a staccato hook. Then Jimmy Somerville’s lovely falsetto. I was hooked by 22 seconds in. This band was something special. Something new — but old. Their sound harkened to disco and R&B. But it sounded new, different.”

The original Bronski Beat lineup didn’t last long; Mr. Somerville left the group in 1985. But Mr. Bronski continued to make music, with Mr. Steinbachek for a time and with others over the years, most notably “Hit That Perfect Beat,” a hit in Britain and elsewhere in 1986 and a dance-hall favorite ever since. Mr. Whaley said that though Bronski Beat’s best-known songs had gay-centric lyrics, “their appeal crossed the boundaries of sexual alignment.”

“Everyone bopped their heads and danced to their music,” he said.

Mr. Bronski was born Steven Forrest on Feb. 7, 1960, in Glasgow. He had made his way to London by the early 1980s, where he met Mr. Somerville and Mr. Steinbachek.

“It was a lot easier living in London,” he told Classic Pop magazine in 2019, explaining why he and other gay men had gravitated to the city, “since there was a thriving gay scene compared to other parts of the country.”

Information on survivors was not available.

In 2017, more than three decades after the release of “The Age of Consent,” the only album with the original Bronski Beat lineup, Mr. Bronski teamed with Stephen Granville and Ian Donaldson to release the album “The Age of Reason” under the Bronski Beat name, revisiting songs from the original record and adding new tracks.

“I think a lot of the songs are as relevant today as they were all those years ago,” he told Gay Times.