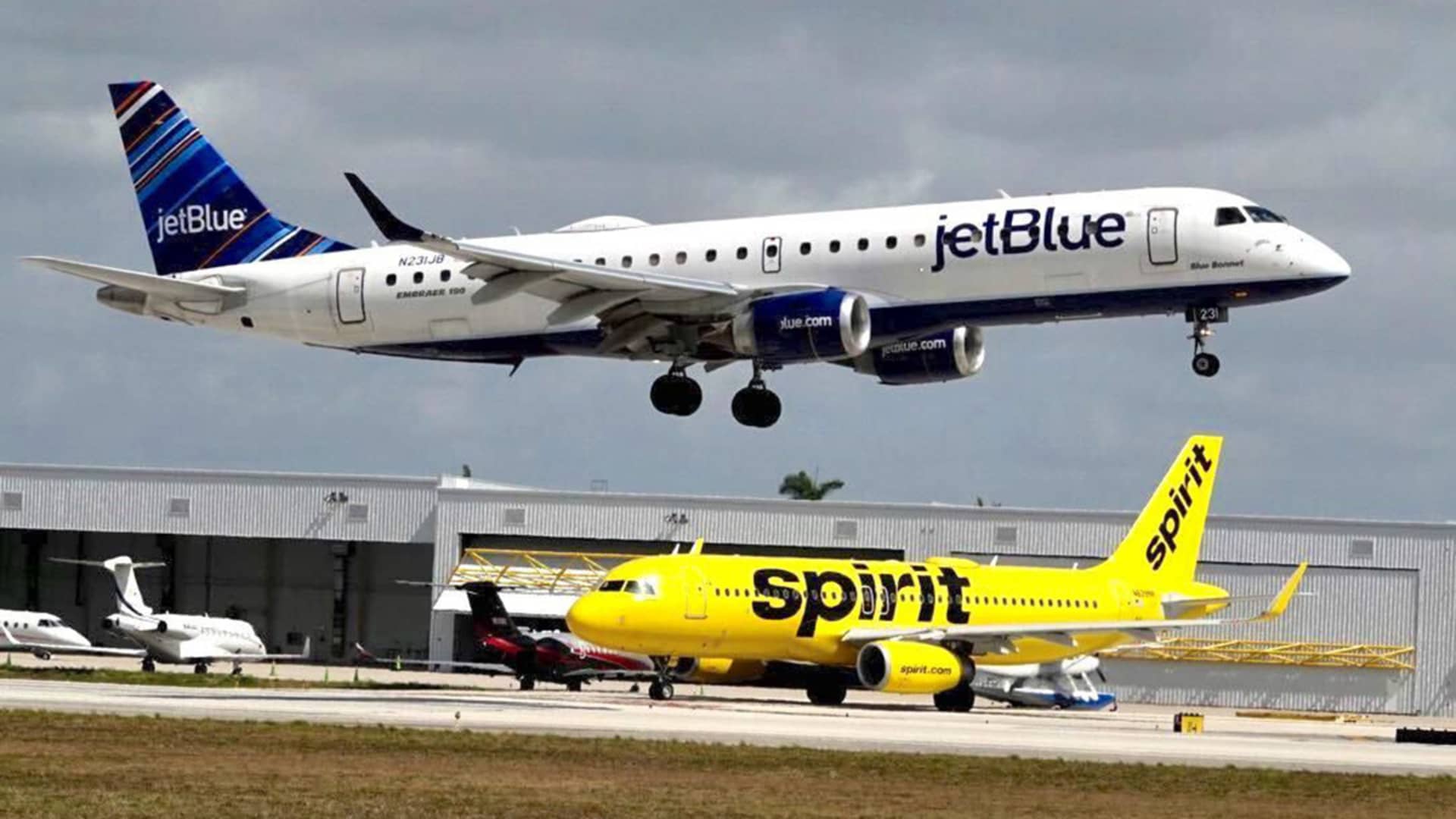 Spirit Airlines CEO Ted Christie on Thursday laid bare the reasons his company rejected JetBlue Airways‘ $3.6 billion offer to buy the ultra-low-cost carrier, and went so far as to suggest that the bid may have been intended to stop Spirit’s planned merger with Frontier Airlines.

“JetBlue shareholders aren’t supportive of this deal, either, based on the company’s stock performance. However, despite clear concern from JetBlue shareholders, JetBlue has continued to pursue disruption to the Spirit-Frontier combination,” Christie said during Spirit’s first-quarter earnings call.

“I have wondered whether blocking our deal with Frontier is in fact their goal,” Christie added.

In February, Spirit and Frontier announced plans to merge in what would create a massive discount airline, the fifth-largest carrier in the U.S. JetBlue’s unsolicited bid for Spirit initially threw that tie-up into question. But on Monday, Spirit rejected JetBlue’s offer in favor of the Frontier deal, citing concerns that a JetBlue buyout wouldn’t clear regulatory hurdles.

JetBlue has a partnership with American Airlines in what’s known as the Northeast Alliance (NEA) to better compete against the likes of United Airlines and Delta Air Lines at major airports. JetBlue contends that acquiring Spirit would help it further compete.

Christie on Thursday emphasized that the Department of Justice is already suing to block the JetBlue-American partnership, while highlighting that “half the expected synergies” of JetBlue absorbing Spirit “would come from reduced capacity and increased fares to consumers.”

“You don’t need to be an antitrust attorney to see the issues here,” Christie said. “It stretches any sort of common sense to believe that an acquisition of Spirit by JetBlue would be approved by the DOJ while it is suing to block the NEA.”

Spirit said it submitted a counteroffer to JetBlue – including abandoning the NEA with American – but JetBlue rejected the alternative proposal.

JetBlue CEO Robin Hayes wrote in a letter to Spirit’s CEO and its chairman on April 29 that its offer stands a better chance of clearing regulators than the Frontier merger.

“We firmly believe that it is in the best interest of your stockholders for you to accept our Proposal, which has significantly greater odds of achieving regulatory clearance given the stronger regulatory commitment on our part compared to Frontier,” Hayes wrote then.