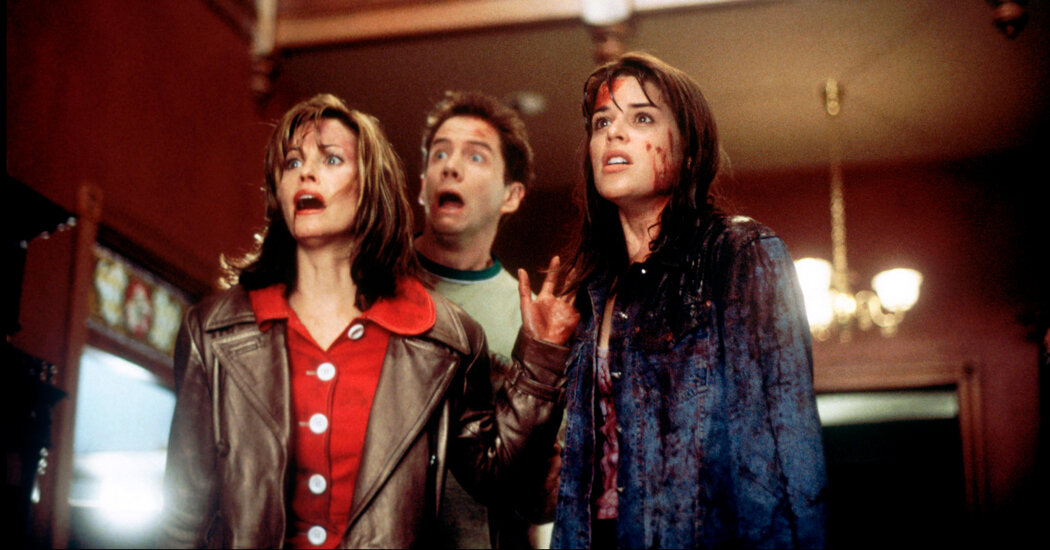 The real legacy of “Scream” is the sense of obligation among filmmakers, not only within the world of horror, to let you know that they know you’re hip to the game — the familiar modes, the narrative beats, and the conventions of the genre that a lifetime of watching movies has trained audiences to expect. You see this in the way modern movie characters frequently discuss other movies, aware of the rules and traditions that govern similar stories and happy to expound upon them. And you see it in the winking, jocular attitude of most modern superhero movies, whose irreverent humor is intended to undercut any possible impression of earnestness and reassure the viewer that the people responsible for these generic entertainments don’t take them too seriously. It’s insurance against the risk of criticism: This may be cliché, but we know it’s cliché.

But the reason “Scream” endures — and the reason people still watch it — is not its humor or its self-awareness. “Scream” is certainly meta, but it’s also played straight: It’s about horror movies, but crucially, it’s an actual horror movie. Far from undercutting the genre and simply satirizing conventions, it exemplifies the genre and employs those conventions widely and masterfully, reminding the audience that even if you know the rules of a teenage slasher flick, a well-made teenage slasher flick still has the capacity to scare the pants off you. If “Scream” were just a lark, a feature-length riff on horror tropes, it would be as tiresome and predictable as the movies it’s satirizing. But Craven well understood that beyond all the winking, “Scream” still had to be scary.

“Scream 4” (2011), Craven’s last film, is about a killer trying to “remake” the original “Scream” murders, and is itself a deconstruction of the conventions of horror remakes. Conceptually, it feels like it’s trying a little too hard to be clever. Gale Weathers (Courteney Cox), unraveling the plot, remarks, “How meta can you get?” Well, too meta, as it turns out. Although there have been more films made in the meta-horror “Scream” tradition, including “Cabin in the Woods” (2011) and “One Cut of the Dead” (2017), there was also what felt like a backlash to the style’s runaway success.