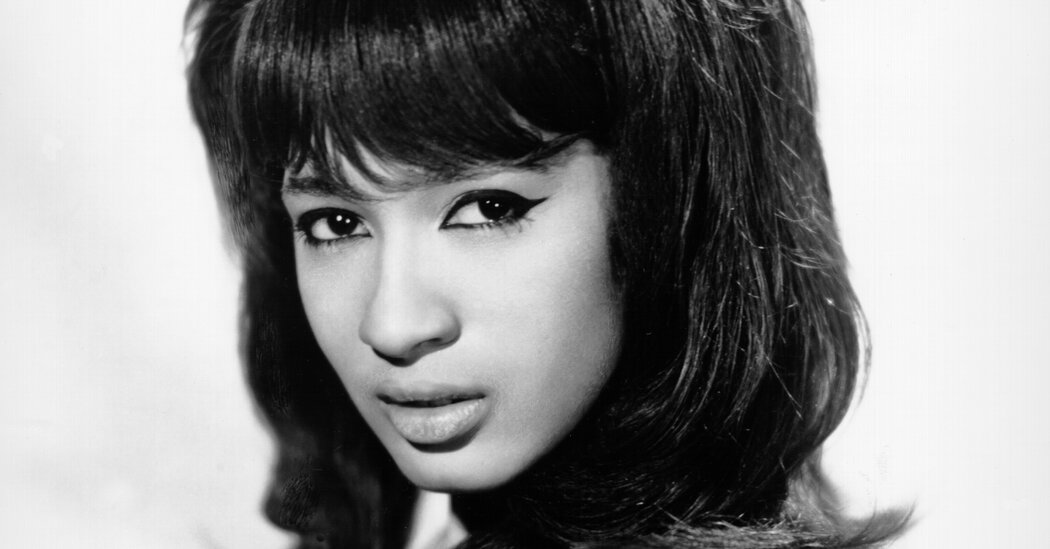 Ronnie Spector, the lead singer of the Ronettes, the 1960s vocal trio that gave a passionate, bad-girl edge to pop’s girl-group sound with hits like “Be My Baby” and “Baby, I Love You,” died on Wednesday. She was 78.

She died after “a brief battle with cancer,” according to a statement from her family, which gave no further details.

With high-piled hair, tight outfits and seductive looks, the three young women of the Ronettes — Ronnie, born Veronica Bennett; her sister, Estelle; and their cousin Nedra Talley — transformed the virginal model that had defined female pop groups since the 1940s.

“We weren’t afraid to be hot. That was our gimmick,” Ms. Spector wrote in her 1990 memoir, “Be My Baby: How I Survived Mascara, Miniskirts, and Madness, or, My Life as a Fabulous Ronette.”

“When we saw the Shirelles walk onstage with their wide party dresses,” she wrote, “we went in the opposite direction and squeezed our bodies into the tightest skirts we could find. Then we’d get out onstage and hike them up to show our legs even more.”

In songs like “Be My Baby,” a No. 2 hit in 1963, they sang with powerful voices of street-smart romance (“We’ll make ’em turn their heads everyplace we go”), over the swelling “wall of sound” production of Phil Spector.

“Be My Baby” was a classic of 1960s pop that seemed to reveal both innocence and grit, and it earned lasting admiration from fellow musicians. It appeared in Martin Scorsese’s “Mean Streets,” the hit 1987 television “Moonlighting” and the title sequence of “Dirty Dancing.” The group’s look and sound made them a touchstone for women in rock music, from Chrissie Hynde of the Pretenders to Amy Winehouse.

Later, Ms. Spector detailed the abuse she endured while married to Mr. Spector. When the group was inducted into the Rock Hall, they pointedly did not mention their former producer. Phil Spector, who was sentenced to prison for the 2003 murder of a woman at his home, died at 81 last January.

The Ronettes racked up a string of hits through 1965, including “The Best Part of Breakin’ Up” and “Walking in the Rain,” and for a time they were ubiquitous stars. They were part of the Beatles’ 1966 American tour, and Estelle Bennett, Ms. Spector’s older sister, dated both George Harrison and Mick Jagger.

The Ronettes disbanded in 1967, and Ms. Spector married Mr. Spector the next year. In her memoir, she wrote that he had essentially held her prisoner during their relationship, surrounding her with guard dogs and taking away her shoes, among other erratic and psychologically abusive behavior.

“I’d get drunk so I could go to rehab, just to get out of the house,” Ms. Spector told The New York Times in a 2000 interview.

In the late 1980s, the Ronettes sued Mr. Spector for royalties, arguing that they had been paid less than $15,000 when they signed with Mr. Spector’s Philles Records in 1963 and that they never saw another payment. The court battle would last 15 years.

During the trial, Ms. Spector said that her husband had stifled her singing career and threatened her into signing a 1974 divorce settlement that forfeited all future record profits. “He told me, ‘I’ll kill you,’ and said, ‘I’ll have a hit man kill you,’” she testified.

The group won an award of $2.6 million in 2000, but the decision was overturned on appeal two years later, and their families later said they wound up earning substantially less.

“I was so controlled by Phil, and now I have my own ideas,” Ms. Spector said at the time. “With this lawsuit over, I’m only looking forward: to my future, to singing rock ’n’ roll.”

Veronica Yvette Bennett was born in New York on Aug. 10, 1943, and grew up in the Washington Heights section of Manhattan.

By her teens she was singing with her sister and cousin, inspired by Frankie Lymon and the Teenagers. Estelle, who had a job at Macy’s and attended the Fashion Institute of Technology, helped devise the group’s look of beehive hair, tight dresses and heavy makeup.

In a segregated era, the young women’s racial and ethnic backgrounds made them stand out. The Bennett sisters had Black, American Indian and Irish blood, while Ms. Talley was Black, Indian and Puerto Rican.

In 1961, the Ronettes were signed to Colpix Records, which released “I Want a Boy” and other singles under the name Ronnie and the Relatives. After an audition in 1963, Mr. Spector signed the group to Philles. “Be My Baby,” written by Mr. Spector, Jeff Barry and Ellie Greenwich, was released that summer.

Throughout the 1970s, in an attempt to rebuild her career without her ex-husband, Ms. Spector collaborated with Jimi Hendrix, George Harrison, Billy Joel and Bruce Springsteen. But she didn’t find major success again until 1986, when her duet with Eddie Money, “Take Me Home Tonight,” reached No. 4 on the Billboard singles chart and earned a Grammy nomination.

Ms. Spector later released music as a solo artist, including for the underground independent label Kill Rock Stars, and staged a biographical one-woman show, “Beyond the Beehive,” in 2012.

She played a regular Christmas show at the B.B. King Blues Club and Grill in New York, and she released a holiday EP in 2010. For longtime fans, it was a throwback to Phil Spector’s classic 1963 holiday album, “A Christmas Gift for You,” on which the Ronettes sang “Frosty the Snowman,” “Sleigh Ride” and “I Saw Mommy Kissing Santa Claus.”

Estelle Bennett died in 2009; after her death, Estelle’s daughter revealed that she had suffered from mental illness and been homeless for a time.

Ms. Spector is survived by her husband of nearly four decades, Jonathan Greenfield, who also served as her manager, and two adult sons, Jason and Austin.

Her final two albums of cover songs — “The Last of the Rock Stars” in 2006 and “English Heart,” with renditions of “Don’t Let Me Be Misunderstood” and “How Can You Mend a Broken Heart,” in 2016 — were received quietly. But she was happy to be the one choosing her material.