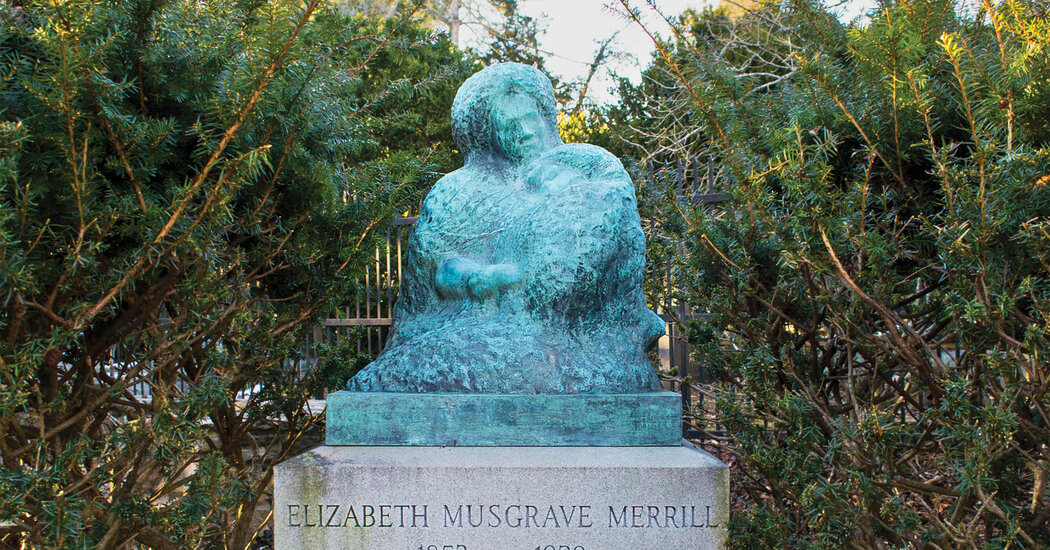 Raphaël Chatroux, a specialist at Freeman’s, when informed of scholars’ reactions to the upcoming offering, replied that the staff members “certainly understand the uniqueness of the situation and therefore proceed with the utmost caution and sensitivity so as not to upset anyone.” The sculpture, estimated to bring $250,000 to $400,000, had been “uninsured and not even secured to the base” in Middleburg, he said, and added that Freeman’s is “hoping for institutional interest” in the sale.

He noted that other important grave site sculptures have been removed for safekeeping in recent years.

But experts point out that when major cemetery artworks are removed for their own protection, they typically go to nonprofit public spaces rather than auction blocks. A window made by Louis Comfort Tiffany’s studio that depicts a grapevine-laced colonnade has been transferred to the Flint Institute of Arts in Michigan from a nearby cemetery that had suffered vandalism and theft. Sylvia Shaw Judson’s “Bird Girl” has been moved to the Telfair Academy in Savannah, Ga., after attracting tourist throngs at the city’s Bonaventure Cemetery.

It is not clear, meanwhile, whether vandalism and theft at American graveyards are worsening. No official statistics are kept, and damage and loss often go unnoticed for years in cemeteries’ remote corners. What is certain is that it “is an old and persistent problem,” said Dr. Sharon Flescher, the executive director of the International Foundation for Art Research. Christopher A. Marinello, the chief executive of Art Recovery International, which specializes in recovering looted or stolen art, quoted from a warning inscribed on an ancient Roman gravestone: “Anyone who defecates on, or violates, this tomb will be cursed with blindness.”

Most of the dozen experts interviewed for this article were in agreement on one core issue: Even if the Merrill descendants acted with foresight to protect the Rodin portrayals of a mother and doomed teenager from theft, or worse, in the Virginia countryside, the optics of the dismantlement for sale are unflattering at best. “It does look very, very bad,” Michael Trinkley, a cemetery preservation expert in South Carolina, said.