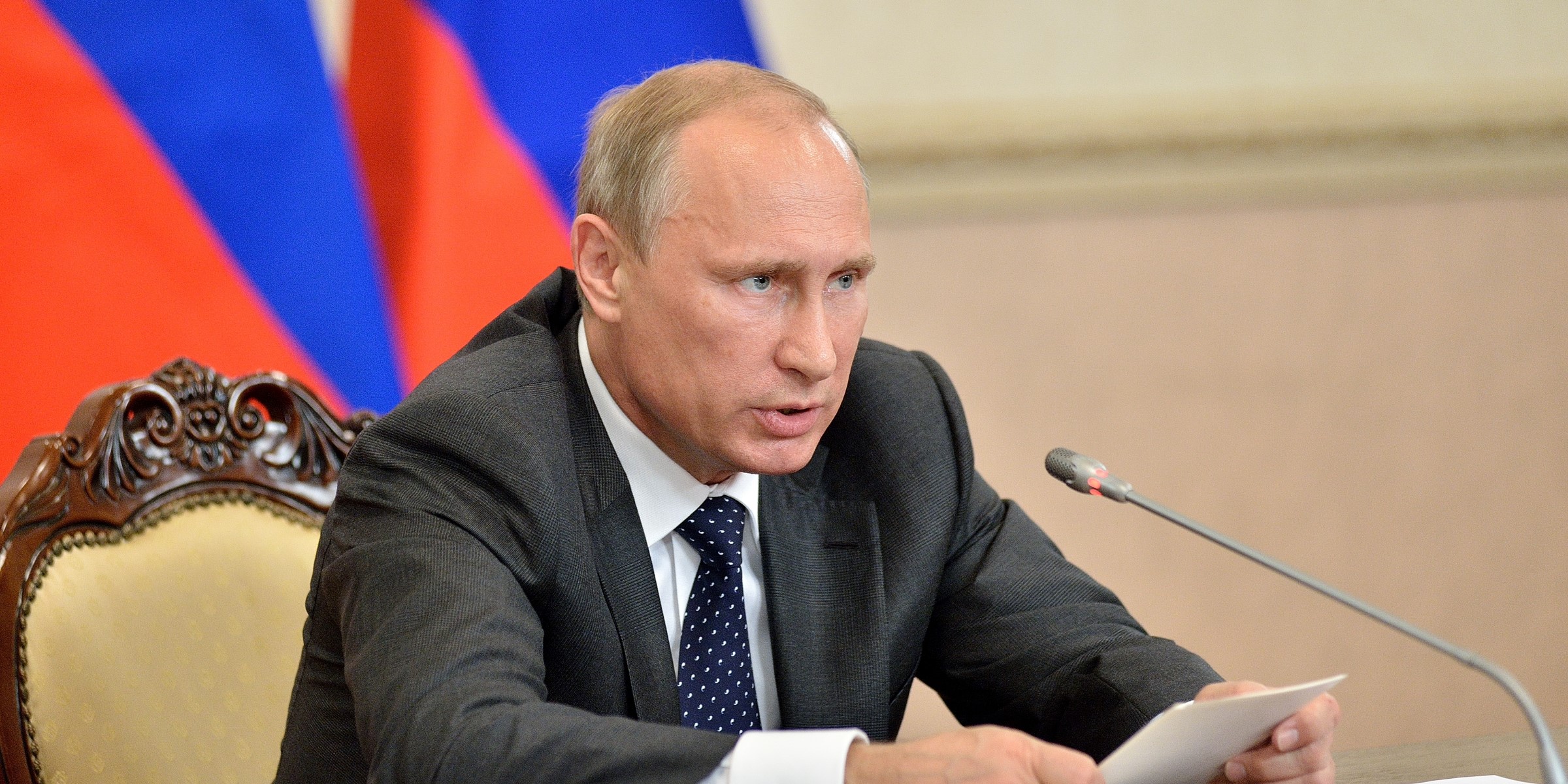 History books overflow with the exploits of great men. Alexander the Great created one of the world’s largest empires, stretching from Greece to India. Julius Caesar not only won the Gallic wars and disposed of Pompey but paved the way for the degeneration of the Roman Republic into an empire. Napoleon established himself as emperor of France and dominated the European landscape for a decade. All three are often hailed among the greatest military commanders in history. They epitomize Thomas Carlyle’s contention that the history of the world is but the biography of great men.

But what if Carlyle was wrong? What if history cannot be understood as the mere expression of the leadership of great men? What if these “great ones,” these “modelers” and “creators” are not in control but always helping to unleash forces that they neither understand nor control? What if the stories of Vladimir Lenin, Winston Churchill, Josef Stalin, Adolf Hitler, Franklin Roosevelt, and Mao Zedong offer deep glimpses not into how to control history but how even the best-laid plans can prove disastrous, not only for enemies but a leader’s own people? What would this imply about “Putin’s war” in Ukraine?

The man often regarded as the world’s greatest novelist and perhaps the single greatest genius of Russian culture, Leo Tolstoy, categorically denied that the biographies of great men tell the story of world history. They are instead a sign that we are giving in to a perennial human temptation, the cult of personality. In War and Peace, Tolstoy explores several problems with the view that a Napoleon could single-handedly engineer a war. These may be categorized as the information problem, the control problem, and the moral problem. From Tolstoy’s point of view, a relentless focus on the man at the top simply blinds us to reality.

First, there is the knowledge problem. Even in the information age, with instantaneous video and audio surveillance of events on the ground, it is impossible for a leader to know what is really happening. For one thing, events are occurring in too many places at once for any one person to monitor, let alone understand. Moreover, a great deal of the information available to leaders is either uncertain, false, or flatly contradictory. Third, things simply happen at far too brisk a pace for any one person to stay on top of them. A conclusion drawn at one moment often becomes, by virtue of constantly changing circumstances, obsolete in the next. Putin’s knowledge of Ukraine was before the war, is now during the war, and will after the war remain highly doubtful.

Tolstoy ridiculed the notion that wars, battles, or even skirmishes can be executed as planned. It is not simply a matter of our inability to organize events as complex as military confrontations, but also our inability to know in advance, in the heat of battle, or even after actions have receded into memory what counts as an event. In War and Peace, Tushin, a lowly captain of a cannon battery, valiantly holds the center of the Russian line at the Battle of Shoengrabern but ends up being unjustly berated for leaving cannons behind, even though he did more than anyone else for the Russian cause.

Hayek’s economic arguments about the limits and pretense of knowledge also hold sway in the military and political spheres. “Central planning cannot take direct account of particular circumstances of time and place. Additionally, every individual has important bits of information which cannot possibly be conveyed to a central authority.”

It is not just that Putin and his generals cannot know and respond in a timely fashion to what is happening on the battlefield. They cannot even know before an invasion whether their equipment, troops, and plans are adequately prepared, a problem exacerbated in authoritarian systems by the general reluctance of subordinates to bear unwelcome news.

The control problem is equally thorny. A political or military leader can issue orders, but it is highly unlikely that many orders will be carried out or even merit obedience. Leaders often think of themselves in terms of Adam Smith’s “man of system,” who

Kutuzov, Tolstoy’s model of a great general, understands that the real world is far different. He knows that his own will is a small thing in comparison to the course of events. He knows that “it is impossible for one man to direct hundreds of thousands of others struggling with death, and he knows that the result of a battle is not decided by the orders of the commander-in-chief, nor the place where troops are stationed, nor by the number of cannon or slaughtered men.” To the extent that Napoleon thinks that battles and history could be the product of his own will, he is not a hero or a world historical figure, but a pompous fool. He does not see and describe what happens, but only how he wishes it had happened.

The greatest coach in the history of American sport, John Wooden, understood this. Every practice session, which lasted exactly two and half hours, was carefully scripted. Players adopted the Wooden way, from techniques of dribbling, passing, rebounding, and shooting to how they tied their shoes. He relentlessly emphasized the importance of contributing to the team. He made sure that his players were always the best conditioned on the court. But during game time, Wooden never diagrammed plays. He trusted his players to react in real time to changing conditions on the court, and he expressed the hope that, when the ball was put in play, he would be as surprised as the opponents by what his players did.

To suppose that men in the heat of battle are always thinking first and foremost of what they must do to obey their commander-in-chief’s orders is to operate in a fantasy world. It is convenient, even pleasant, for those in command to think so, but it is also misguided. Contemplating Napoleon, including his orders both to invade and retreat from Russia, Tolstoy writes,

During the whole of that period, Napoleon, who seems to us to have been the leader of all those movements—as the figurehead of a ship may seem to a savage to guide the vessel—acted like a child who, holding a couple of strings inside a carriage, thinks he is driving it.

To think otherwise would be to suppose that the tail could wag the dog. Putin’s control of the war in Ukraine is highly doubtful.

As Tolstoy sees it, the greatest problem with the great man theory of history is the moral one. If many histories are to be believed, wars are glorious affairs in which men of superior intellect and character prevail over their less able and even evil antagonists. Yet Tolstoy cannot abide the notion that Napoleon was a great man, largely because he was a bad man. Surveying the vast numbers of dead and injured during the Battle of Borodino, Naopleon can only think of its implications for himself, realizing that “he could not stop what was going on before him and around him and was supposed to be directed by him and to depend on him.” He is horrified not by the carnage of sons, brothers, husbands, and fathers, but by his dawning awareness that forces outside his control have taken over.

As Tolstoy presents it, war is not a means by which great men can prove their greatness and change the course of history. Instead, he writes, “War is the most horrible thing in life, and we ought to understand that, and not play at war.” From Tolstoy’s point of view, no human being is expendable, and warfare inflicts great damage not only on the dead but on every person who is called to kill. In Confession, he describes a man who killed people in war, and who “cannot recall those years without horror, loathing, and heart-rending pain.” War is not the road to heaven but hell itself, no matter how much glory, power, or wealth it brings to those who mistakenly presume they direct it. Putin’s claims to virtue in making war on Ukraine are highly doubtful.

If problems of knowledge, control, and morality doom the great man theory of history, what would Tolstoy have us make of today’s would-be great men, including Vladimir Putin? The least we can do is to avoid calling the current conflict in Ukraine “Putin’s war.” In some sense, he wills what is happening and bears terrible responsibility for it, but in many ways, he literally does not know what he, his military, and his government are doing, and he cannot make things work out as he wishes. He is no more capable of controlling a war than a drop of water at the crest can create or dissolve a wave. Above all, we should stop supposing that the war is nothing more than an expression of Putin’s will and that his mere removal would restore goodness and truth. There are much greater forces than he at work that we must reckon with.

The Reffstrups took over the small cashmere brand, founded by Frans Truelsen, in 2009. At the time, Ms. Reffstrup was a buyer in Copenhagen and felt boxed in by the…

The Private Sector Steps In to Protect Online Health Privacy, but Critics Say It Can’t Be Trusted

For the first time since the pandemic, leisure and business flights surpass 2019 levels