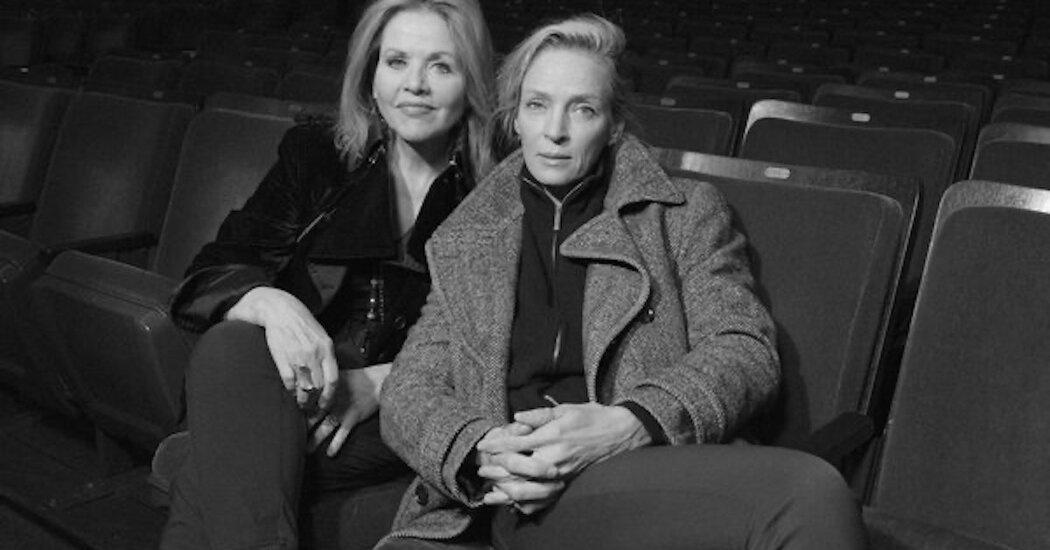 THURMAN It’s kind of like a white space. But actually there has to be an architecture inside of it. In this piece, we do switch between those two disciplines and mediums in a beautifully compact way.

The spoken text is nevertheless quite musical. What goes into bringing that out in the delivery?

THURMAN It’s a lot of breaking things down into patterns of vowel sounds and muscular nouns that paint pictures, and finding tempo and space. This comes from circling vowels and choosing T’s and these kinds of things. But in general, I think that Tom Stoppard’s use of language is elevated. He has a vocabulary triple the normal usage of anyone. I’ve had some very keen eyes help me on that, too. I wouldn’t interpret Stoppard with only my mind.

FLEMING I think he’s a genius, honestly. During my first engagement at the Royal Opera in London, I saw “Arcadia,” which was brand-new then, and I was completely hooked. Vocally, “Penelope” is like a long recitative. André was by nature melodic, but for this, because of all the text, I’m just singing words on pitch. And I’m working as hard as I can to make them understood.

How did this piece change your relationship with Penelope as a character?

FLEMING What I said to Tom was, I want to know why Penelope waited. But that didn’t register with him, and he’s Tom Stoppard, so obviously he wrote it as he saw it. There’s a lot in the original story that we bristle at today — like the killing of all those handmaidens, because they were doing what they were coerced to do? He didn’t soften any of those points.

THURMAN Interestingly, having been a great fan of the myth since childhood, I just bought a nice children’s collection for my 9-year-old and was reading to her and freshly engaging with it. We’re dealing with our history; let’s be real. Tom did redact one reference, which had to do with women’s work. It wasn’t coming from him, it was an interpretation of our history, but it was too much.

FLEMING From the beginning, one of the things I connected with was this incredible device of her weaving and unweaving her tapestry every night, for years. To me that notion is so musical. Every version of Goethe’s “Faust” has some sort of weaving aria. And that was something I admired, how clever Penelope was, and her strength of conviction.

A rager, as the defense suggests, with some uncontrolled “monster” (as the text messages submitted as evidence termed it) within? As if. In the other corner: Ms. Heard, similarly suited…

A Donkey Debuts in ‘La Bohème’ at the Met Opera