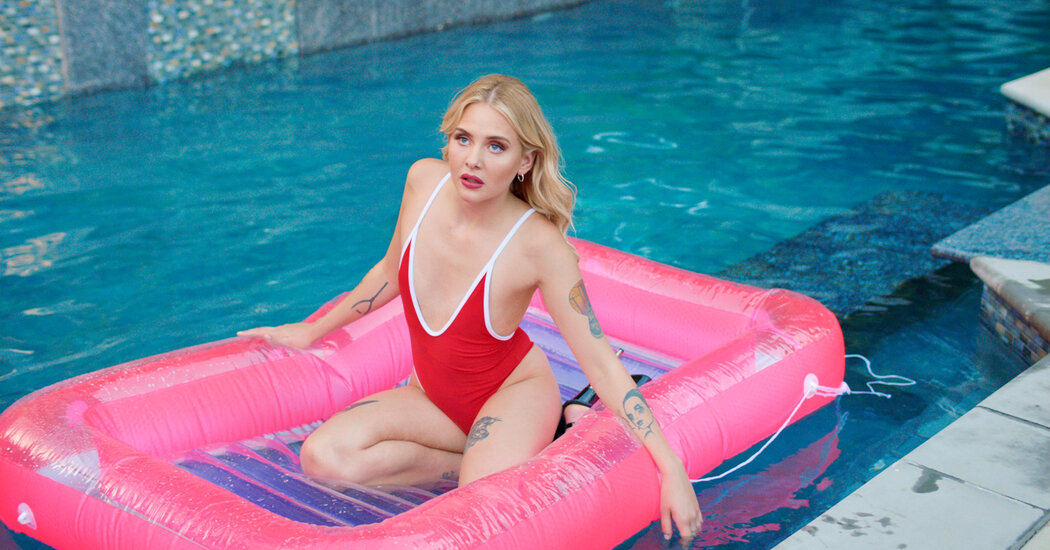 Like every Hollywood hopeful, the heroine of “Pleasure” dreams big: She wants to be a star. It’s going to be tough, even if she looks the part with blond hair and blue eyes that flicker between calculation and just enough vacancy to please male power. She already has it — it being the camera’s love — but plenty of pretty people do as well, and they too burn with desire. They’ll do anything to make it, though maybe not exactly everything she does.

That story and her desire aren’t for everyone, no doubt. But if you’re curious what a feminist take on this world looks like, “Pleasure” might surprise you as much as it did me. It’s a smart, gutsy, wholly unexpected movie that, at center, is an old-fashioned story about an ambitious striver overcoming the odds to become another American success story. It’s also among the most explicit movies to have had its premiere at the Sundance Film Festival (in 2021) and, having been snagged by Neon (the company that released “Parasite”), will play in art houses across the country, from Boston to Oklahoma City.

The story centers on Bella Cherry (psst, it’s not her real name), who’s more than ready for her close-up. Recently arrived from Sweden, Bella — played by the astonishing Sofia Kappel — hasn’t entirely charted her path to success. She’s just getting started, but she’s entrepreneurial and already feeds her Instagram account with a stream of selfies. She has vague plans, a car, an agent and a co-living setup conveniently near work, a.k.a. the San Fernando Valley, the industry’s epicenter. What she needs now is experience and maybe a signature specialty that will set her apart, burnish her reputation, make her name.

It’s an island that is closer to France than to England — yet it is part of the British Isles.  It’s home to miles of tunnels built during World War…