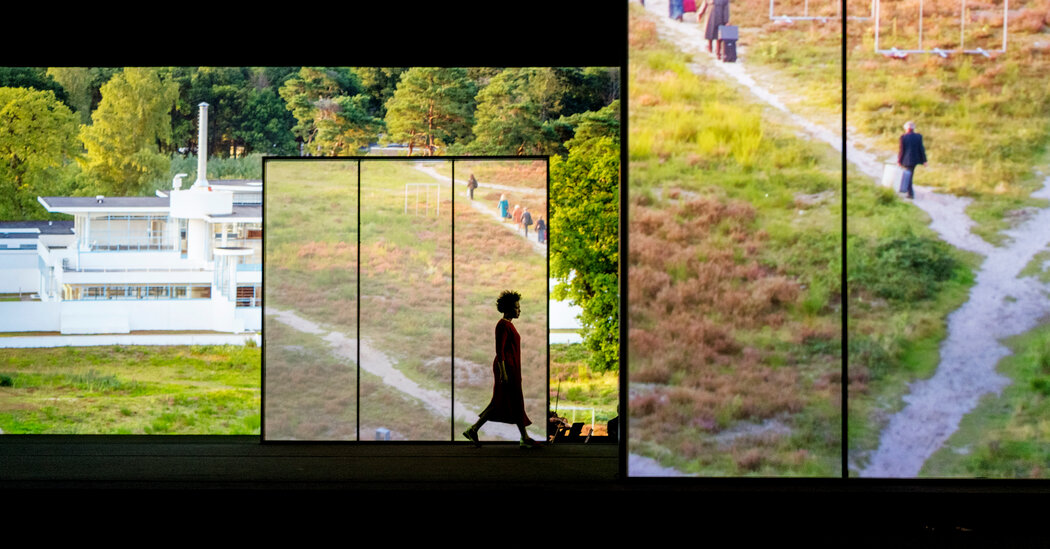 The Park Avenue Armory is taking a forward-looking approach in its 2022 season.

“The current that runs through this season is technology and futuristic outlooks on the world,” Rebecca Robertson, the Armory’s president and executive producer, said in an interview on Tuesday.

A highlight of the season, announced on Wednesday, is the North American premiere of the Dutch composer Michel van der Aa’s 80-minute opera “Upload,” about a man who uploads a digital version of his consciousness to achieve virtual immortality (March 22-30, 2022). In a review of the production at the Dutch National Opera, The New York Times’s Joshua Barone called the piece, which combines film, motion capture and live performance and stars the soprano Julia Bullock and the baritone Roderick Williams, “a sci-fi spin on a fundamentally human tale.”

Next up, the British director Robert Icke presents a surveillance-focused staging of Shakespeare’s “Hamlet,” which will make its North American premiere after sold-out runs at London’s Almeida Theater and the West End in 2017 (May 31-Aug. 13, 2022). Alex Lawther (“The Imitation Game”) will take on the titular role, which Andrew Scott played to critical acclaim in London.

“Hamlet” will play in repertory with Icke’s adaptation of Aeschylus’ “Oresteia” (June 9-Aug. 13, 2022) — for which he won the Olivier Award for best director in 2016. Originally a trilogy of Greek tragedies, the three plays have been condensed into a single family drama that follows a succession of brutal family murders and runs just over three and a half hours. Lia Williams, who was nominated for an Olivier for best actress in the 2015 production, is set to return in the role of Klytemnestra.

Other highlights of the new season include “Assembly,” an exhibition featuring the second generation of Rashaad Newsome’s artificial-intelligence-powered creation “Being,” whose voice acts as the installation’s soundscape (Feb. 16-March 6, 2022); “Rothko Chapel,” a new commission by the composer and MacArthur fellow Tyshawn Sorey, based on Morton Feldman’s composition for the dedication of the chapel in 1971 and directed by Peter Sellars (Sept. 27-Oct. 8, 2022); and “Euphoria,” an immersive film installation by the German video and film artist Julian Rosefeldt that is a commentary on money, greed and consumption (Nov. 30, 2022-Jan. 1, 2023).

A full season lineup is available at armoryonpark.org.