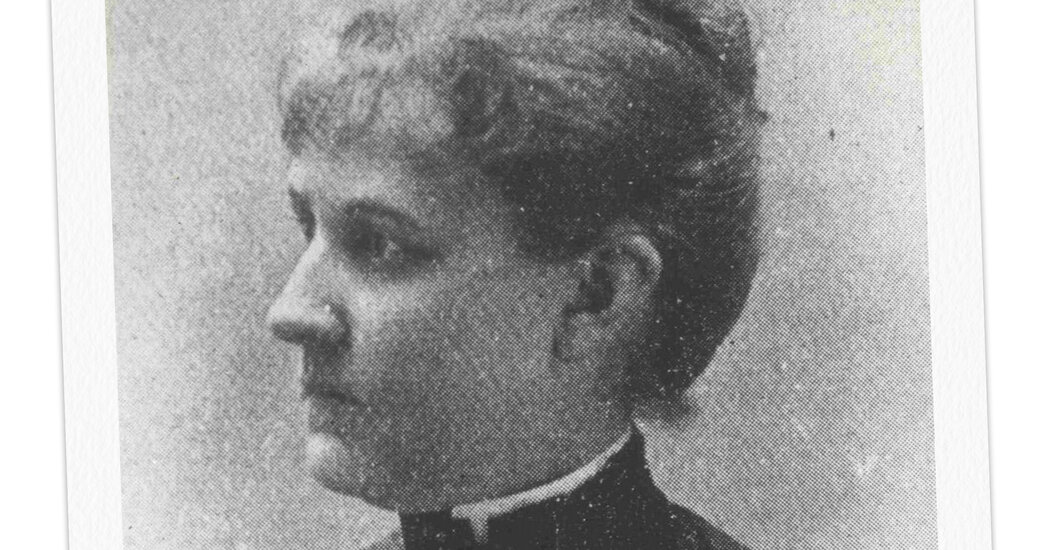 This article is part of Overlooked, a series of obituaries about remarkable people whose deaths, beginning in 1851, went unreported in The Times.

Among the architectural greats who contributed to the landscape of Buffalo, N.Y. — among them Frederick Law Olmsted, Frank Lloyd Wright and Henry Hobson Richardson — there was one person who is lesser known but whose impact in shaping the city was just as important: Louise Blanchard Bethune.

Bethune, who is widely considered by historians to have been the first American woman to become a certified architect, designed 18 schools in western New York, as well as factories, hotels, churches, a baseball grandstand and a women’s prison. Another of her firm’s projects, housing the venerable Denton, Cottier & Daniels music store in Buffalo and completed in 1908, was among the first buildings in the country to utilize steel frame construction and poured concrete slabs.

Overall, she and her partners — William R. Fuchs and her husband, Robert Armour Bethune — contributed 180 buildings to Buffalo and New England in the late 19th and early 20th centuries. Bethune supervised the construction of many of these projects, biking to and from the work sites each day.

It was a pivotal time for Buffalo, which had become a hotbed of construction in the wake of an economic boom that had been set off in the first half of the century by the opening of the Erie Canal.

“Buffalo was founded on a rich tradition of architectural experimentation,” the architecture critic Nicolai Ouroussoff wrote in The New York Times in 2008. “The architects who worked here were among the first to break with European traditions to create an aesthetic of their own, rooted in American ideals about individualism, commerce and social mobility.”

Perhaps most notably, Bethune’s firm contributed to the design of the Hotel Lafayette, a seven-story, French Renaissance-style building that opened in 1904. Lauded for its fireproof construction and size, the hotel, considered one of the most luxurious in the country at the time, was so successful when it opened that newspapers devoted entire pages to describing its interior and exterior details. The firm Bethune, Bethune & Fuchs worked on an expansion of the hotel in 1912.

Like many industrial plants and other large-scale buildings in the North, the Hotel Lafayette fell into disrepair in the late 20th century. It was placed on the National Register of Historic Places in 2010 and restored to its original grandeur two years later, spurring a revitalization of Buffalo’s downtown.

Bethune was 57 when she died in Buffalo on Dec. 18, 1913. The cause was kidney problems, according to local news outlets.

Her success was borne of a determination to make it as a businesswoman and architect in a cramped field dominated by men. She opened her firm when she was just 25, refusing to focus solely on residential design — the worst paid work for an architect at the time, though female architects would remain mostly limited to it for decades to come.

“Professionally speaking, women architects have yet to get out of the kitchen,” the architecture critic Ada Louise Huxtable wrote in The Times in 1977 in an article about women in the profession that cited Bethune’s success. “They are chained, tied and condemned to the house.”

Early on, Bethune preached that a woman should not shy away from any aspect of the profession. She advocated for women’s rights and equal pay and closely tracked the admission of women to architecture schools, seeing them as a foundation for women of the future to emulate.

“The future of woman in the architectural profession is what she herself sees fit to make it,” Bethune said in a speech to the Women’s Educational and Industrial Union in Buffalo in 1891. “It is often proposed that she become exclusively a dwelling house architect. Pity her, and withdraw the suggestion. A specialist should become so from intrinsic fitness, not from extrinsic influence.”

Jennie Louise Blanchard was born on July 21, 1856, in Waterloo, N.Y., west of Syracuse, to Dalson and Emma (Williams) Blanchard, both schoolteachers. After living for a time in Alexander and Hanover, also in western New York, the family settled in Buffalo.

Bethune loved design from a young age. Her classmates at Buffalo High School teased her for constantly drawing houses. But their caustic remarks sparked her to go only deeper into the subject, and “in a spirit of playful self-defense” she soon made her hobby “an absorbing interest,” according to an 1893 book, “A Woman of the Century: Fourteen Hundred-Seventy Biographical Sketches Accompanied by Portraits of Leading American Women in All Walks of Life.”

After graduating from high school in 1874, Bethune planned to attend Cornell University’s four-year architecture program — the first of its kind in the United States — but instead she accepted an apprentice role under the architect Richard Waite. (At the time, it was common for young architects to receive formal training through hands-on experience.) She then worked part-time for F.W. Caulkins, another Buffalo-based practitioner, and studied architecture in her spare time.

Historians believe Bethune was welcomed into the profession more than most women in part because of her parents’ status as well-respected teachers and educators in Buffalo, where her father became a school principal.

“Virtually all women that I’ve researched since Bethune had serious issues getting professional experience because of their gender,” Kate Reggev, an architect and historian at the New York-based firm of Beyer Blinder Belle, said by email, “so the apparent ease of her finding these positions was very unusual.”

But, she added, “the assumption was that she would stop once she got married and started a family.”

Instead of putting her career on pause for domestic life, Bethune embraced both. She married Robert A. Bethune shortly after opening her firm in late 1881, and the couple joined forces, originally naming their firm R.A. & L. Bethune. They had their only child, Charles, in 1883.

In 1885, Bethune was elected unanimously as the first female member of the Western Association of Architects, championed by, among others, the influential Chicago architect Louis Sullivan. She then helped found the Buffalo Society of Architects (now the American Institute of Architects Buffalo/WNY), and at age 30 she became the A.I.A.’s first female fellow.

Of all the buildings that Bethune designed, educational facilities were her favorite.

For several years in the 1880s, her firm was part of a cohort that helped design Buffalo’s public schools, setting standards for educational architecture throughout the country. They incorporated indoor plumbing, stairs that served as a fire egress and smaller classrooms in which children could be separated by age.

One of the most decisive moments of Bethune’s career came in 1891, when she was asked to enter a design competition for the Women’s Building, an exhibition space planned for the forthcoming World’s Columbian Exposition in Chicago. Though it was the type of commission that would have put her firm on the map, she refused to enter the competition, citing her disgust with the paltry winner’s prize for women, $1,000, compared with the men’s prize, $10,000. Furthermore, women were competing to design just one building while 13 buildings were reserved for men.

The opportunity, however, would have given her a chance at national recognition.

“She was definitely angry, irritated and a little heartbroken over this decision,” Kelly Hayes McAlonie, an architect and historian at the University at Buffalo who is writing a book on Bethune, said in an interview. “It stayed with her for the rest of her life.”