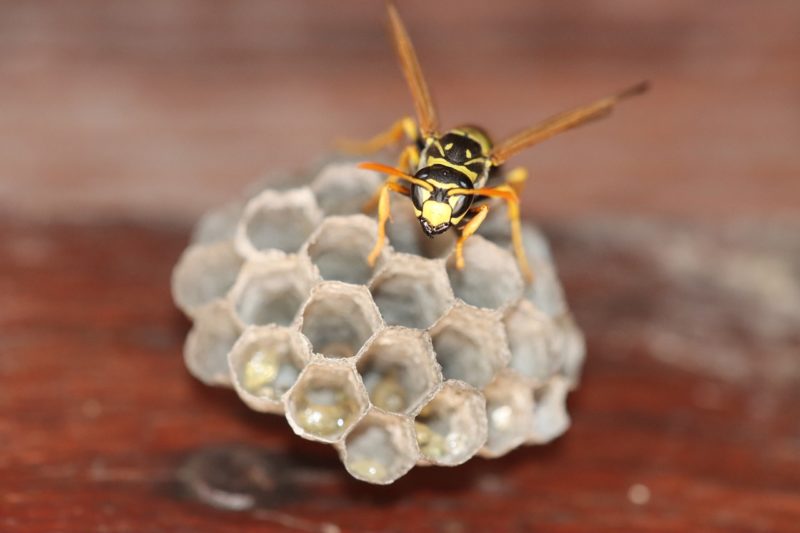 Imagine sitting outdoors on a perfect summer afternoon, chilling and having fun with your friends and family. You gladly behold your pets and children playing in a high-spirited mood. That is also when an abhorrent wasp buzzes in and spoils the party! The last part of this image is far from being pleasant.

A house free of pests is pretty unrealistic in today’s world. Pest Control Bristol has come up with numerous modern techniques to fight against several of these menacing intruders.

The Hymenoptera Venom Allergy or venom allergy, in simple terms, estimates for around 7.5% in the UK. This includes the vicious stings from bees, wasps, and hornets.

Wasps are common in the UK and found in almost every habitat across the country. There are nearly 9000 varieties of wasps in the UK, out of which The Common Wasp or Vespula vulgarisis found everywhere.

The female wasps are weaponed with formidable stings that are used for laying eggs and causing painfully piercing venom.

Bee or wasp nest identification UK might seem tricky, but it is easier to distinguish than it appears.A wasp nest usually looks like a papery grey balloon withcurvaceous patterns running through the outer surface, and its cells are nicely visible from the bottom. Occasionally you might as well come across colourful wasp nests if the wasp had nibbled on bright-coloured paper to create their nest.

The wasps build their nests from scratch, which initially look similar to walnuts or golf balls. Primarily whilst the queen wasp decides to lay her eggs during the spring, she starts making her fortress for the upcoming days. As the summer arrives and the number of wasps increases, the nest becomes almost the size of a football.

The ingredients that are used to form a wasp nest are chewed wood pulp and saliva. This eventually gives the wasp nest its unique papery look. Wasp nests are often found in roof spaces, wall cavities, bird boxes, garages, sheds, beneath the eaves, and enclosed spaces. It is observed that the wasps prefer areas in the house where they have easy access to the outdoors.

A few specific areas in your residence are more likely to house swarms of wasps.

Before the insect nest identification, it is essential to understand whether wasps infest the property. There are sure signs that indicate an infestation:

Wasp Removal – Avoid Evil, and It Will Avoid Thee!

To enter the horizon of peace and cleanliness, you must exterminate the agents that threaten them in the first place. Multiple varieties of wasps and similar insects severely threaten you and your near and dear ones. This can be eliminated through some preventive measures and a few sincere, timely actions.

A combination of soda or fruit juice and dishwashing liquid proves to be a menacing deterrent against the wasps. Keep the mixture suspended near the wasp nests and see them vanishing eventually. Several over-the-counter wasp traps are available in the market these equally effective days. So, you may also use any of those.

Letting the light and fresh air inside the house is fantastic; however, this can also invite wasps and other flying insects into your home. The finest way to avoid this is to install screens along the doorways and the windows. Watch out for the cracks and crevices in the walls, floorboard, woodwork, attics, and other areas to ensure they don’t get any suitable space to build their nest.

If you do not love to hold your horses and want immediate results, or if the infestation is already taking a heavy toll on you, you must opt for anti-wasp sprays. These insecticides are the chemicals that annihilate and nip the whole wasp family at once. But it is wise to remember that these chemicals may cause allergies in some people, and mindful use is always suggested.

From the wasp nest types to the degree of the infestation, every precise detail remains handy to a professional pest exterminator. Hiring an expert can prove beneficial in many ways:

Identifying and removing wasp nests is not rocket science, which is easily validated in this article. Instead, choose your pest removalists and eliminate the most threatening pests today.