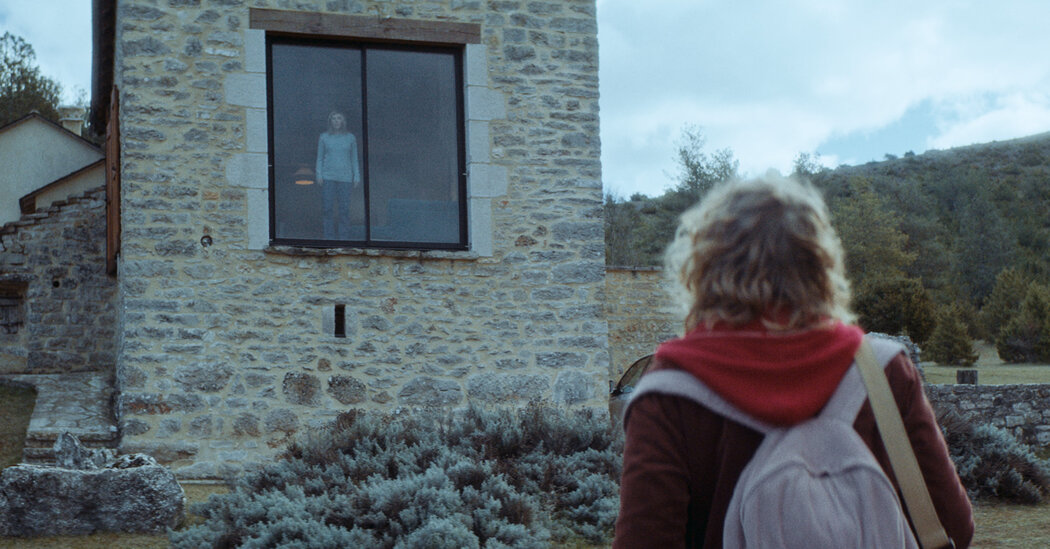 What would movies do without troublesome women — the cruel, the cold, the difficult, the dispensable? That’s one of the takeaways of “Only the Animals,” a cynical French puzzler from the director Dominik Moll about a woman who goes missing. Her disappearance stirs up the usual interest; that she’s white and wealthy helps. There’s a police investigation and news reports and plenty of pain and suffering, but the many tears the movie vigorously pumps aren’t necessarily spilled over her.

The setup is fairly simple; what ensues is more complicated. (Moll and Gilles Marchand wrote the script, adapting it from a novel by Colin Niel.) When an empty S.U.V. is found on a desolate country road, the police open an investigation and begin looking for its driver, Evelyne (Valeria Bruni Tedeschi), who’s been staying in a nearby vacation home. As the search continues, leads are pursued and locals interviewed. The kink here is that the story doesn’t focus on the inquiry or even Evelyne, but on five characters who have somehow contributed to her disappearance and are directly or very tangentially in her orbit. Some know her intimately; others don’t know her at all.

The movie follows these five in titled chapters that assume their respective points of view and dip into their bleak, economically fragile lives. It opens with Alice (Laure Calamy, one of the delights in the French television show “Call My Agent!”), who knows next to nothing about Evelyne other than what’s appeared on the news. Like everyone in this movie, Alice is largely defined by her problems, which in her case includes too many disagreeable men in her life. Calamy’s restless physicality and emotional transparency do a lot for the character, and when Alice enters a room, she jolts it awake even if she hasn’t a clue about what’s happening in it. You miss that energy when she’s not onscreen.

The movie’s other most recognizably human figure is Marion (Nadia Tereszkiewicz), a young, doll-faced waitress whose relationship with Evelyne helps bring the missing woman into focus. This chapter isn’t altogether credible, and Marion’s naïveté is more narratively expedient than persuasive, but her raw desires and vulnerability are a relief from the movie’s free-ranging cruelties, petty and otherwise. The remaining chapters focus on men who together paint a grim, at times pathological picture of masculinity that the movie doesn’t engage with or doesn’t recognize. The first has profound psychological issues; the second is a violent fantasist; and the third is a desperate con artist.

Telling a story through multiple perspectives is a familiar strategy: “Citizen Kane” builds on different narrative points of view, as does “Rashomon” and the recently released “The Last Duel.” Divergent voices and memories can be meaningfully deployed; they can also just be fun or showy or banal. Much depends on how and why they’re marshaled in a story, whether they create consensus or conflict, and how they work with the timeline. In “Kane,” the sweep of the title character’s life emerges piecemeal through the reminiscences of some who knew him; in “Rashomon,” the same event is recounted by characters (the dead included) who put their own spin on what occurred.

In “Only the Animals,” by contrast, the multiple viewpoints are just a clever, self-satisfied device to deliver stale goods and familiar ugliness with a soupçon of glib class politics. As the cipher at its center — sacrificial lamb or guilty bourgeois, you decide! — the charismatic Bruni Tedeschi makes a predictably solid impression, which is impressive given the vaporousness of her role. The movie doesn’t deserve the actress, but its attitude toward her character is instructive. That’s particularly true in the chapter in which Evelyne is brutally assaulted, an attack that Moll lingers on long enough, getting close enough for you to see both her terror and the movie’s contempt for this woman.

Only the Animals
Not rated. In French and Nouchi, with subtitles. Running time: 1 hour 57 minutes. In theaters.