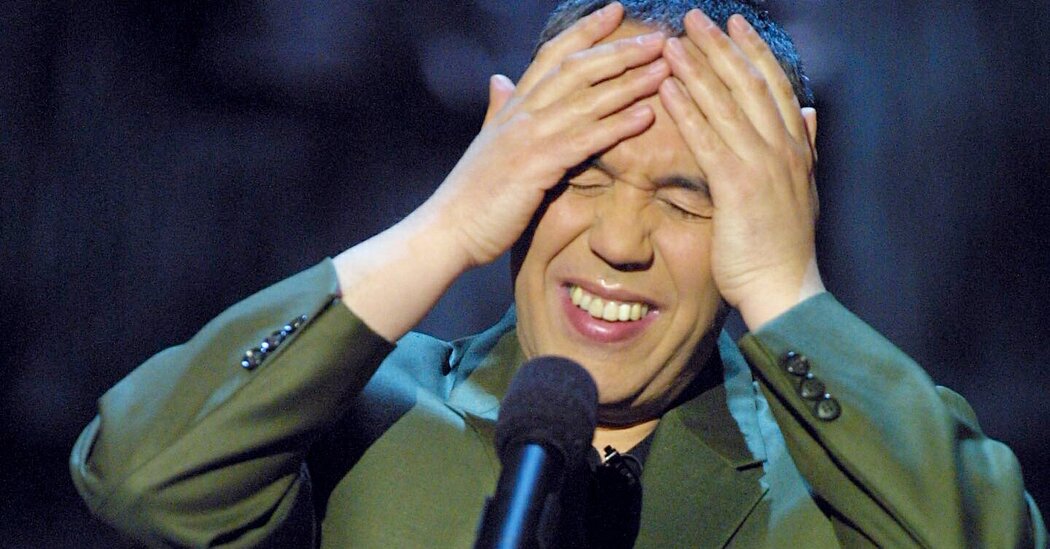 I was fully aware that nobody cared about my stupid comedy zine’s rebirth, but it was a huge deal for me. I nervously picked up the issue from the printer, then went downtown to sell some copies to a record store, only to find it closed for the night. I headed to an event lugging a backpack full of zines — never a suave look — then walked home, depressed at having unloaded precisely zero copies.

It was late at night on a misty Memorial Day weekend, and the city had emptied out. At 13th and Sixth, I waited for the light to change, sharing the corner with the only other pedestrian in sight. I side-eyed the man to make sure that he was not preparing to stab me. Then, I did a double take. It was Gilbert Gottfried.

He didn’t know me from Adam, but I hurriedly thrust a copy of the publication in his confused face. “Great,” he said. “I long for somebody to write a big article about me, and then when it happens it’s in … this.”

We slowly walked up Sixth Avenue to our mutual Chelsea neighborhood. His famous stage bray was muted, replaced by the oddly calming cadence later familiar to listeners of “Gilbert Gottfried’s Amazing Colossal Podcast,” his whipsmart showbiz series with Frank Santopadre. The roaring jokes and generous laughter remained. I like to think I can be funny enough when talking to my family and friends; walking with Gottfried, I felt like a weekend guitarist trying to jam with Hendrix.

As we approached West 18th Street, a group of young women spotted the comedian and instinctively began laughing and, oddly, cheering. The comic gave a wave as he passed them. “Must be your article,” he said.

Years later, my daughter enrolled in the same public elementary school as Gottfried’s two indisputably charming children, briefly overlapping with his youngest. Gottfried’s wife, Dara, was a P.T.A. hero — at her last meeting, she received a standing ovation — and she oversaw an annual comedy show to raise money for the school. Naturally, Gottfried would always perform.