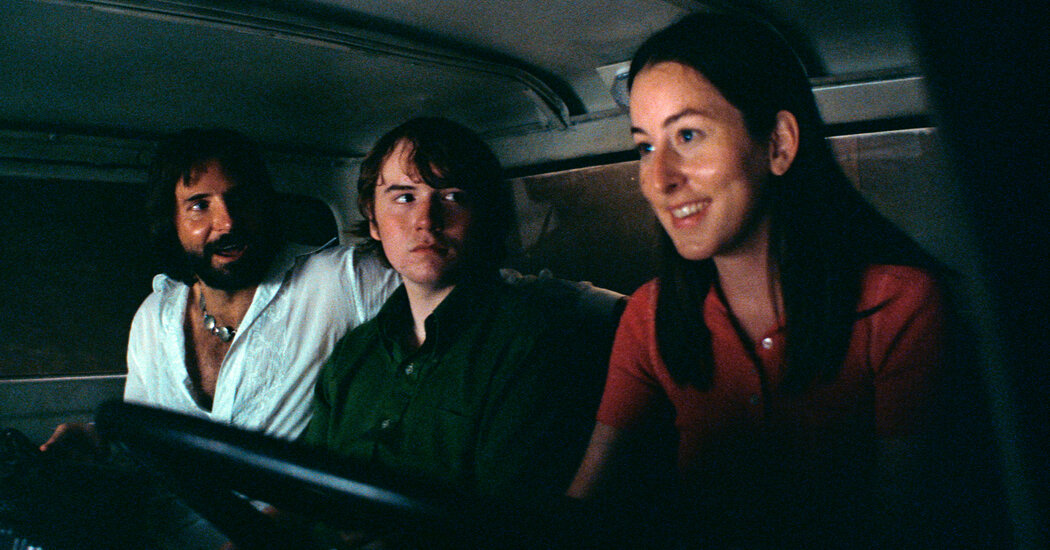 Alana and Greg take Jon to a nearby gas station, where the sounds of the song “Indian Reservation” fill the air. That may explain why Jon, still hyped up, yells out “Chumash territory!” as he makes for a pump, tossing the gas can at a startled customer. (I suspect that Anderson is also having fun: Peters is part Cherokee.) Back in the truck, Gary tells Alana to go: “Reverse, reverse, reverse.” Freed of their weird interloper, they laugh and smile, and drive back to Jon’s waiting Ferrari. They stop, Gary gets out and proceeds to vandalize the car, smashing its windows. Anderson uses close-ups strategically, so it’s instructive when he deploys them, which he does here, pushing in on Gary’s smiling face until it fills the frame.

Like so many of Gary’s triumphs, this one is short-lived. The truck shudders and dies, and Alana, looking at the gauge, realizes they’re out of gas. One of the story’s backdrop details is the 1973 oil crisis, which proves disastrous for Gary and Alana’s venture. Water beds are made of petroleum-based vinyl; more urgently, they need to move merch. That night, they also need to move. And so, after ordering Gary to get out and push, Alana — initially in reverse, like a trucker Ginger Rogers — steers this behemoth into the final movement, brilliantly coasting it down a series of inky, curvy, at times steeply graded streets. It’s glorious.

Sometimes, the journey really is the destination, whether the characters are speeding or crashing. In the “Fast and Furious” series, driving is an existential truth: “Life’s simple,” one of its poets says in “Tokyo Drift.” “You make choices and you don’t look back.” You just go, which Alana grasps as she sits behind the wheel. She needs to make choices. She and Gary are stranded that night. But they’re stuck in other ways, too, and their troubles that evening read like a metaphor for their relationship. Jon’s flirtation with her is a reminder, including to Gary, that other men find her desirable; her handling of the truck shows just what she can do.

Until the truck sequence, Alana never makes sense as a character even at her most winning. She’s an adult in a teen movie, and her only real romantic prospect is a kid who’s supremely and legally unsuitable. Yet she keeps hanging out with Gary, drifting and idling. Together, they rack up a lot of miles — Alana enters the film in mid-stride — and one of the crucial visual motifs in “Licorice Pizza” is of them running: alone, side by side or toward each other. Yet where are they going? Now, though, as she steers the coasting truck into the Los Angeles night, taking one terrifying turn after another, her face focused and hands sure, Alana gives you an answer. She is exactly where she needs to be, in command and in control, with a suitably awed Gary at her side. And she’s taking him, you and this film straight to the finish.