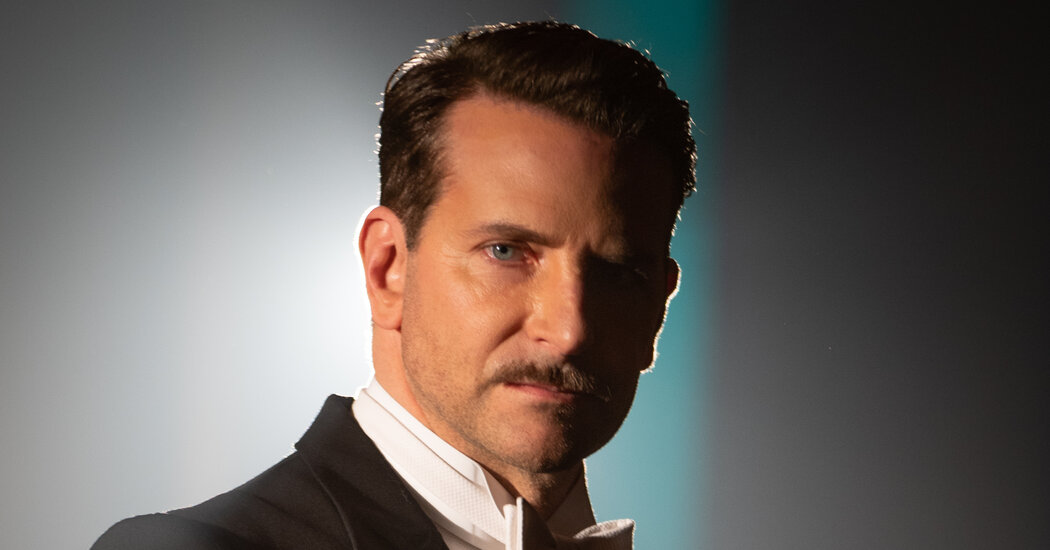 Hello, I am Guillermo del Toro. I’m the director of Nightmare Alley. [APPLAUSE] The scene we’re looking at is the first time we see the show of mentalism and clairvoyance that Stanton Carlisle, the central character of the film, played by Bradley Cooper, is doing. It’s the first time we’re seeing him in his new persona with a tuxedo and a bandage with an eye, which is a symbol that is recurrent in the film. And he is going to meet the main female antagonist, Lilith Ritter, played by Cate Blanchett. And we have Stanton doing the show, which is a word code divination show with Rooney Mara, who plays Molly. I’m using the searchlights and the cabaret act to backlight them. When I introduce Lilith, the camera singles her, and we see her backlit by this searchlight. So these searchlights are used often just to underline a moment between them. The location is shaped in the form of a circle because circles start pursuing Stanton from the first time he sees the geek show, a horrible sideshow in a carnival. And that is a character that eats chickens and snakes, and he does it in a circular pit. And, from that moment on, Stanton is surrounded by circles in the film. “Concentrate. Do any other details come to you?” “There is an inscription. Letters. Am I correct?” “You are.” [APPLAUSE] And it’s an environment in which he is out of his depth, but he doesn’t know it yet. “Yes, please give me the object.” “No, thank you. I’ll hold it.” “Very well.” “Master Stanton, what is the object being held by this lady?” “Well, it seems it’s a night of gold. A golden handbag.” [APPLAUSE] “Be quiet, child. Let me ask the questions. What is inside the bag?” “Madam, what is the meaning of this?” “You say you’re genuine, and I say you use verbal signals of some sort to communicate between the two of you.” Stanton is not without talent, and this scene becomes a duel between him and the way she sees him and him trying to prove that he is superior to everyone, including herself. When we started staging the first few scenes between Bradley and Cate, I tried to get them not to be equidistant. I wanted Bradley to move around. Both here and when he visits her in her office, it is basically two tigers circling each other. So I had Bradley do a whole circuit on that circle and come to her and take a couple of steps down. “A small pistol.” [AUDIENCE GASPS] “Nickle plated. Ivory handle. May I?” And it’s both a match and a seduction. It’s really a ritual and a duel that I’m trying to set up, both. [APPLAUSE]