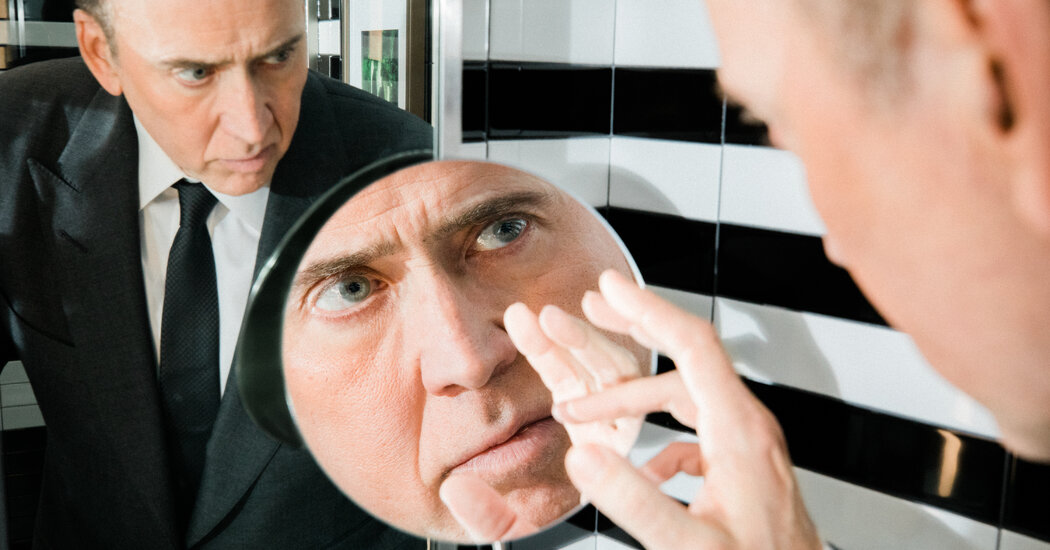 His life has always been filled with animals, including the two-headed snake he gave to a zoo and a pair of king cobras, Moby and Sheba, who, he once said, appeared to be trying to hypnotize him. The Cage menagerie currently includes five dogs, a bird, some fish and a very large cat, Merlin, whom he has often described as his best friend. “I think Merlin liked it best when it was just the two of us,” he said.

Cage, who has finally settled his debts and paid off the I.R.S., resists the notion that he has ever taken a role for cynical purposes, or worked at a level that was less than 100 percent. That is not a universally held view. “Left Behind” (2014), for instance, drew a 0 percent Tomatometer rating on Rotten Tomatoes. “Looking distractingly rubbery with a helmet of fake, dark hair, he seems to have been Photoshopped into the film,” Christy Lemire wrote on RogerEbert.com, of Cage’s performance.

Cage acknowledged that not everything worked, but said that every film he did always had at least one scene, or one element, that he could feel proud of. “I want to go on record with something,” he said. “Whatever this perception or aura that the internet or certain critical bodies in the media may have taken, there is an actual fact, in my opinion: Whatever I had to do to get out of debt, I did it with the same level of commitment I always had.”

He continued: “I stand by the work, and if in this movie there were sendups of it, like, ‘What happened to you?’ the fact is that I was able to play ‘Nick Cage’ the way I did because I never stopped working. I kept practicing and honing. I feel closer to my muse and my instrument now than I ever have.”

In a running joke in the movie, people keep telling Cage that “he’s back.” He always responds: “Not that I went anywhere.”

Skynesher | E+ | Getty Images Why drivers are spending more to buy a new vehicle The average new-car transaction in July was $45,869, according to the J.D. Power/LMC Automotive…