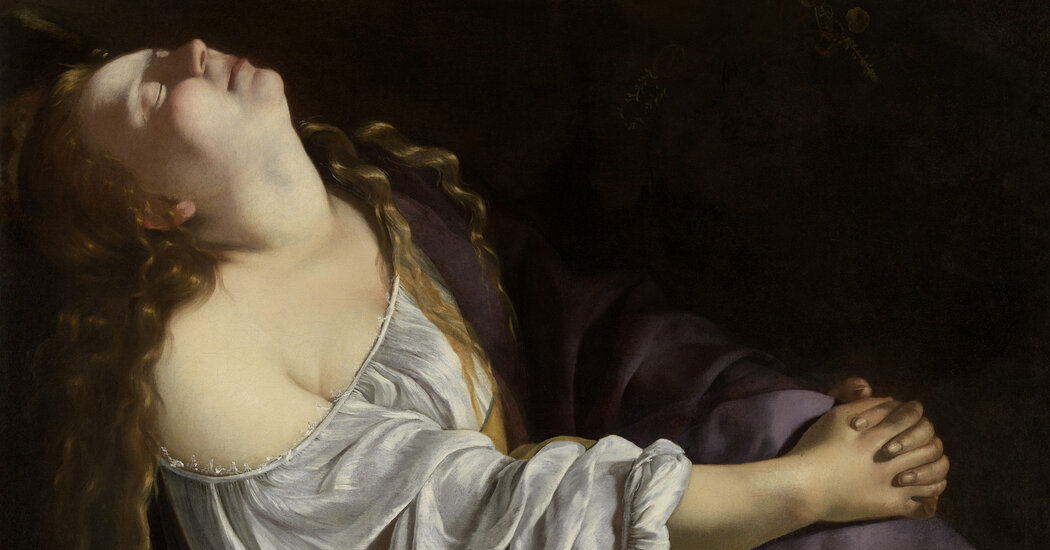 Time during the first year of the pandemic was a continuous present: that was what was worst about it. Days became shapeless, dislodged from the past, divorced from the future; nothing stuck, nothing had endurance; whole months washed over me in a nebulous babble of posts and pics. Rediscovering ourselves means rediscovering time — not the time of push notifications and 14-day infection rates, but a deep, evolutionary time, where who we were informs who we are and who we will be.

How? Where? In a museum, for example: a compression chamber of past, present and future. Across the United States this autumn, exhibitions and collection displays of historical treasures promise to elucidate our own darkling age.

I’m hoping to go back to the future this fall at the Museum of Fine Arts, Boston, which four years ago received a transformative gift of over 100 Dutch and Flemish paintings from the 17th century by Rembrandt, Rubens, and some less familiar names. On Nov. 20, the MFA inaugurates its new Low Countries galleries, along with a Center for Netherlandish Art that will be the U.S.’s first such research institution, which both promise to foreground these paintings’ reflections of commerce, slavery, exploration, and environment.

Dutch art has a reputation for tranquillity, but these painters in Amsterdam, Haarlem or Antwerp were hardly taking it easy. They were working in economic boomtowns, at the dawn of shareholder capitalism and imperial expansion — and in their still lifes and portraits you can see a whole new society, nourished by the flow of goods and people from Brazil to Indonesia. (And the dawn, too, of the art market: in Holland, most artists painted on spec for middle-class collectors.)

Plan to look anew at ships plying the Atlantic and still lifes laden with Asian delicacies, and prepare for a thumping rediscovery: five paintings by Michaelina Wautier, an artist of Baroque Brussels who was one of the few women of her time to paint large-scale historical pictures.

In “Wolf Hall,” Hilary Mantel imagines Thomas Cromwell’s first glimpse five centuries ago of his hard-boiled portrait by Hans Holbein — who looked with the same fierce precision upon royals, bankers and ambassadors.

“Hans has made his skin smooth as the skin of a courtesan, but the motion he has captured, that folding of the fingers, is as sure as that of a slaughterman’s when he picks up the killing knife.”

“Holbein: Capturing Character in the Renaissance,” opening at the J. Paul Getty Museum in Los Angeles on Oct. 19, is the first full-scale American exhibition for this German of the Tudor court; it has been organized with the Morgan Library in New York, where it arrives next year.

Another, later Londoner with European ambitions: J.M.W. Turner, whose churning pictures of the North Sea and the battlefields of Waterloo brought landscape out of the idyll and into a modernizing age. “Turner’s Modern World,” seen at Tate Britain last year and arriving Oct. 17 at the Kimbell Art Museum in Fort Worth, places his agitated marine paintings within a no less agitated historical context: the Napoleonic Wars, the Industrial Revolution, the expanding British Empire.

Looking at Turner’s naval paintings some 30 years ago, the British historian Paul Gilroy glimpsed a new kind of person formed through oceanic exchanges — and a challenge for “the primal history of modernity to be reconstructed from the slaves’ points of view.”

That book was called “The Black Atlantic,” and Gilroy’s influential understanding of a fluid Black modernity spanning Africa, Europe, the Caribbean and the Americas undergirds the colossal exhibition “Afro-Atlantic Histories” — a five-century expedition that opens Oct. 24 at the Museum of Fine Arts, Houston. It was first seen in 2018 at the Museu de Arte de São Paulo, where it was hailed as a landmark; here, its Brazilian roots should expand our conversation around art and race beyond American parochialism to hemispheric scale. (The show will travel in 2022 to Washington, then to Los Angeles.)

An exciting new look at Italian art history will be on offer in Hartford, where the Wadsworth Atheneum presents “By Her Hand: Artemisia Gentileschi and Women Artists in Italy, 1500-1800.” Though it centers on Gentileschi and her dramatically staged self-portraits, this show also promises to introduce us to 17 other Italian women painters, engravers and miniaturists from the Renaissance to the Rococo.

Among the most intriguing is Orsola Maddalena Caccia (1596-1676), who worked in a register far removed from Gentileschi’s impassioned domain: she was a nun, crafting cool and adept still lifes from an Ursuline convent in Piedmont. The show opens Sept. 30 and goes to Detroit next year.

What do you do when the world goes mad? You go to Zurich — where artists fleeing World War I blew raspberries in a new language called Dada, and where the Swiss polymath Sophie Taeuber-Arp reconceived the art object for a new century of uncertainties.

In her hands a painting could turn into wallpaper, which could serve as the backdrop for a performance; a beaded handbag and a geometric abstraction could provoke in equal measure. “Sophie Taeuber-Arp: Living Abstraction,” up now at Tate Modern in London and opening at the Museum of Modern Art in New York on Nov. 21, assembles around 400 works from this most underrated of modernists; long before we learned the word multimedia, she saw culture as an endless translation across forms.

And speaking of Zurich and catastrophes, if the virus doesn’t stop me, I’m planning to be in Switzerland for a major show on culture and climate. “Earth Beats,” opening Oct. 9 at the Kunsthaus Zurich, proposes to understand our place in the environment by looking back long before we had a name for climate change — all the way to the Romantic era, when landscape painters began to depict nature as something unstable, uncontrollable, inhospitable.

Climate changes we are living through are unprecedented; there are no tailor-made models from the past. But you don’t go to a museum for ready-made answers; you go to rediscover that you are not alone.