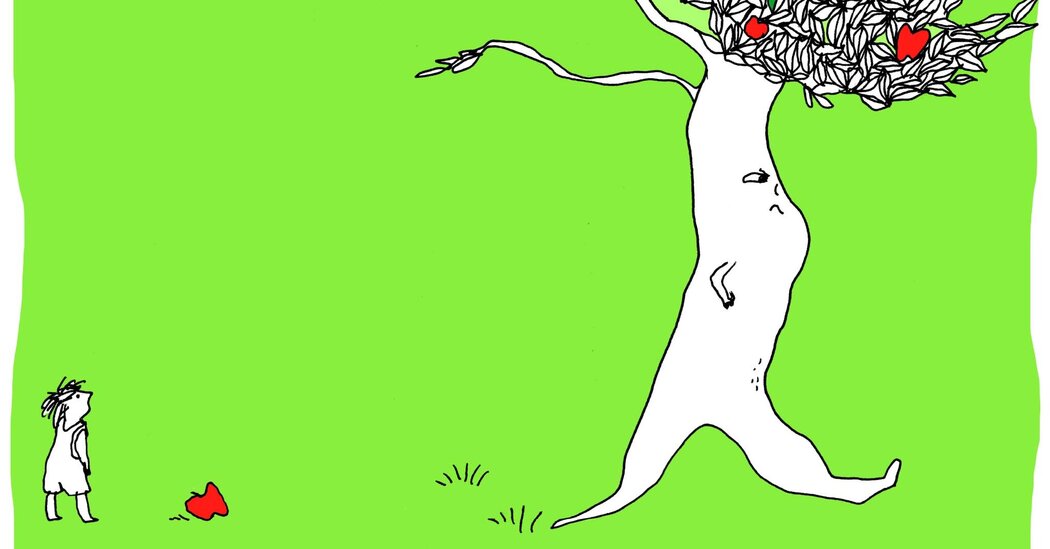 To hear more audio stories from publications like The New York Times, download Audm for iPhone or Android.

There are so many ways to do motherhood wrong, or so a mother is told. She can be overbearing or remote. She can smother or neglect. She can mother in such a specifically bad way that she is assigned a bad-mom archetype: stage mother, refrigerator mother, “cool mom.” She can hover like a helicopter mom or bully like a bulldozer mom. But the thing she cannot do — the thing that is so taboo it rivals actually murdering her offspring — is leave.

The mother who abandons her children haunts our family narratives. She is made into a lurid tabloid figure, an exotic exception to the common deadbeat father. Or she is sketched into the background of a plot, her absence lending a protagonist a propulsive origin story. This figure arouses our ridicule (consider Meryl Streep’s daffy American president in “Don’t Look Up,” who forgets to save her son as she flees the apocalypse) or our pity (see “Parallel Mothers,” where an actress has ditched her daughter for lousy television parts). But lately the vanishing mother has provoked a fresh response: respect.

In Maggie Gyllenhaal’s film “The Lost Daughter,” she is Leda (played, across two decades, by Jessie Buckley and Olivia Colman), a promising translator who deserts her young daughters for several years to pursue her career (and a dalliance with an Auden scholar). In HBO’s “Scenes From a Marriage,” a gender-scrambled remake of Ingmar Bergman’s 1973 mini-series, she is Mira (Jessica Chastain), a Boston tech executive who jets to Tel Aviv for an affair disguised as a work project. And in Claire Vaye Watkins’s autofictional novel “I Love You but I’ve Chosen Darkness,” she is also Claire Vaye Watkins, a novelist who leaves her infant to smoke a ton of weed, sleep with a guy who lives in a van and confront her own troubled upbringing.

In each case, her children are not abandoned outright; they are left in the care of fathers and other relatives. When a man leaves in this way, he is unexceptional. When a woman does it, she becomes a monster, or perhaps an antiheroine riding out a dark maternal fantasy. Feminism has supplied women with options, but a choice also represents a foreclosure, and women, because they are people, do not always know what they want. As these protagonists thrash against their own decisions, they also bump up against the limits of that freedom, revealing how women’s choices are rarely socially supported but always thoroughly judged.

A mother losing her children is a nightmare. The title of “The Lost Daughter” refers in part to such an incident, when a child disappears at the beach. But a mother leaving her children — that’s a daydream, an imagined but repressed alternate life. In the “Sex and the City” reboot “And Just Like That…,” Miranda — now the mother to a teenager — counsels a professor who is considering having children. “There are so many nights when I would love to be a judge and go home to an empty house,” she says. And on Instagram, the airbrushed mirage of mothering is being challenged by displays of raw desperation. The Not Safe for Mom Group, which surfaces confessions of anonymous mothers, pulses with idle threats of role refusal, like: “I want to be alone!!! I don’t want to make your lunch!!”

Being alone: that is the mother’s reasonable and functionally impossible dream. Especially recently, when avenues of escape have been sealed off: schools closed, day care centers suspended, offices shuttered, jobs lost or abandoned in crisis. Now the house is never empty, and also you can never leave. During a pandemic, a plucky middle-class gal can still “have it all,” as long as she can manage job and children simultaneously, from the floor of a lawless living room.

Cards on the table: I am struggling to draft this essay on my phone as my pantsless toddler — banished from day care for 10 days because someone got Covid — wages a tireless campaign to commandeer my device, hold it to his ear and say hewwo. I feel charmed, annoyed and implicated, as I wonder whether his neediness is attributable to some parental defect, perhaps related to my own constant phone use.

Do I want to abandon my child? No, but I am newly attuned to the psychological head space of a woman who does. The Auden scholar of “The Lost Daughter” (played, in an inspired bit of casting, by Gyllenhaal’s husband, Peter Sarsgaard) entices Leda by quoting Simone Weil: “Attention is the rarest and purest form of generosity.” Attention is a loaded word: It can mean caring for another person, but also a powerful mental focus, and a parent can seldom execute both definitions at once.

Leda wants to attend to her translation work, but she also wants someone to pay attention to her. To be blunt, she wants to work and to have sex. Often in these stories, the two are bound together in a hyper-individualistic fusion of romantic careerism. In “Scenes From a Marriage,” Mira plans to tell her daughter, “I have to go away for work, which is true” — only because she has arranged a professional obligation to facilitate her affair with an Israeli start-up bro. Her gateway drug to abandonment is, as is often the case, a business trip. Mira first strays at a company boat party; Leda tastes freedom at a translation conference; Claire embarks on a reading tour from which she never returns.

The work trip is the Rumspringa of motherhood. Like the mama bird in “Are You My Mother?,” a woman is allowed to leave the nest to retrieve a worm, though someone, somewhere may be noting her absence with schoolmarmish disapproval. In Caitlin Flanagan’s 2012 indictment of Joan Didion, recirculated after Didion’s death, Flanagan dings Didion for taking a film job across the country, leaving her 3-year-old daughter over Christmas.

Still, there is something absurd about the fashioning of work as the ultimate escape. It is only remotely plausible if our desperate mother enjoys a high-status creative position (translator, novelist, thought leader). When other mothers of fiction leave, their fantasies are quickly revealed as delusions. In Nicole Dennis-Benn’s novel “Patsy,” a Jamaican secretary abandons her daughter to pursue an American dream in New York, only to become a nanny caring for someone else’s children. And in Jessamine Chan’s dystopian novel “The School for Good Mothers,” Frida is sleep deprived and drowning in work when she leaves her toddler at home alone for two hours. Though Frida feels “a sudden pleasure” when she shuts the door behind her, her fantasy life is short and bleak: She escapes as far as her office, where she sends emails. For that, she is conscripted into a re-education camp for bad moms.

Each of our absent mothers has her reasons. Leda’s academic husband has prioritized his career over hers, and this makes her decisions legible, even sympathetic. But in “I Love You but I’ve Chosen Darkness,” Watkins lends her doppelgänger no exculpatory circumstances. Claire has a doula, day care, Obamacare breast pump, tenure-track job, several therapists and the world’s most understanding husband. When she starts sleeping in a hammock on campus, her husband says: “I think it’s cool you’re following your … heart, or … whatever … is happening … out there.” Nothing obvious impedes her from capable mothering, but ​​like Bartleby, the Child-bearer, she would simply prefer not to.

In heaping privileges upon Claire, Watkins suggests that there are burdens of motherhood that cannot be solved with money, lifted by a co-parent or cured by a mental health professional. The trouble is motherhood itself, and its ideal of total selfless devotion. Motherhood had turned Claire into a “blank,” a figure who “didn’t seem to think much” and “had trouble completing her sentences.” As these women discover, their menu of life choices is not so expansive after all. They long to be offered a different position: dad. Claire wants to “behave like a man, a slightly bad one.” As Mira abruptly exits, she assures her husband, “Men do it all the time.”

These women may leave, but they don’t quite get away with it. Mira eventually loses both job and boyfriend and begs for her old life back. Leda’s abandonment becomes a dark secret in a thriller that builds to a violent end. Only Claire is curiously impervious to consequence. She follows her selfish impulses all the way to the desert, where she spends her days crying and masturbating alone in a tent. Then she calls her husband, who flies out to her, happy tot in tow; eventually Claire claims a life where she can “read and write and nap and teach and soak and smoke” and see her daughter on breaks. By exacting no cosmic punishment on Claire, Watkins refuses to facilitate the reader’s judgment. But she also makes it harder to care.

When I was pregnant, I had a fantasy, too. In it I was single, childless, still very young somehow and living out an alternate life in a van in Wyoming. Reading “I Love You but I’ve Chosen Darkness” broke the spell. As Claire ripped bongs and circled new sexual partners, she struck me not as a monster or a hero but something perhaps worse — boring. Even as these stories work to uncover motherhood’s complex emotional truths, they indulge their own little fiction: that a mother only becomes interesting when she stops being one.