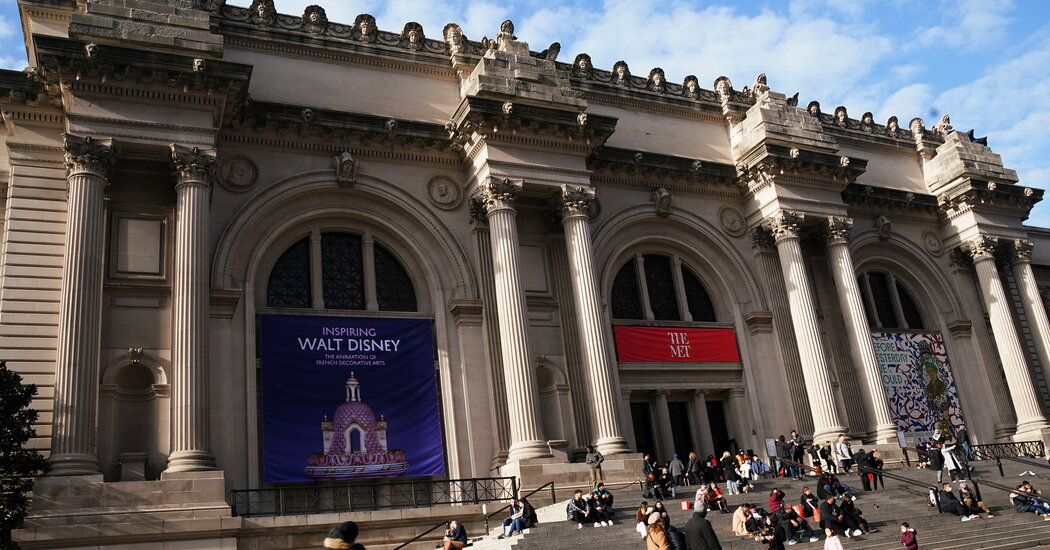 The Metropolitan Museum of Art said Tuesday that it would limit attendance to roughly 10,000 visitors per day because of the highly infectious Omicron variant. During a normal holiday season, the museum would expect nearly twice as many visitors.

“The safety of our staff and visitors remains our top priority,” the Met’s chief executive, Daniel H. Weiss, said in a statement. “Reduced density is a first step we can take — and our dedicated staff has done an extraordinary job in making necessary changes to adapt to our public health circumstances while also allowing the museum to remain open and keep everyone safe.”

The move came as another major institution, the Baltimore Museum of Art, said that it was closing its galleries through Dec. 29 because of an increase in positive coronavirus tests.

“We need a moment to step back and ensure our staff is ready to serve museum visitors,” the Baltimore museum said in an email on Tuesday. “We think cautiously is the best way to move forward.”

Kenneth Weine, the Met’s spokesman, said that reduced capacity would help limit density inside the building’s entrances. Outside the entrances, though, with staff members checking vaccination status of visitors, he said there could be longer lines. The Met will also end food services starting on Thursday and is asking many employees to work from home.

Reports of coronavirus cases in New York State have increased by more than 80 percent over two weeks, and federal authorities have said the Omicron variant now accounts for nearly three-quarters of new cases.

Cultural institutions have typically relied on the holidays to aid revenue. This latest coronavirus surge has led to the sudden cancellation of performances and special programming around the city. Over the weekend, nearly a third of all Broadway shows were canceled because of positive coronavirus tests among their casts and crews, and several are shut down through Christmas.

“The museum field is already facing a slow recovery,” said Laura Lott, president and chief executive of the American Alliance of Museums.

“Another wave of reduced capacity and potential closures, without further federal assistance, could prove devastating,” she added.

Museums are also implementing new safety measures. Both the National Gallery of Art in Washington and the Brooklyn Museum, for example, have canceled many in-person tours.