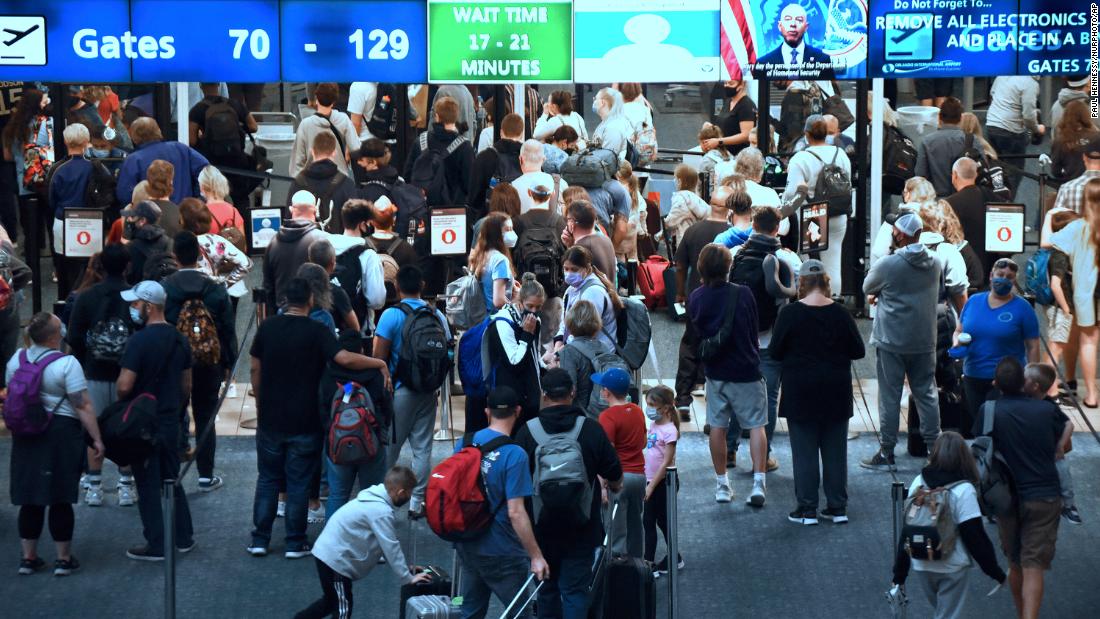 (CNN) — Most travelers have learned the hard way that we can’t carry, say, a bottle of water past airport security.

But some people just don’t get the message about what’s allowed on a plane and what’s not.

So, the Transportation Security Administration releases an annual list of the strangest items confiscated at airports to raise awareness.

In a pun-filled video on Twitter, the TSA announced its “Top 10 Catches” for 2021, although we’re having trouble seeing the humor in most of them.

“Our officers found some truly unusual items,” the TSA said. “They worked hard to keep travelers safe as they returned to the skies.”

10. Bullets hidden in a deodorant stick. This passenger must have been “sweating bullets,” the TSA video says.

8. Breakfast burrito with meth in it

7. A belt buckle hiding a firearm

6. A cleaver. “Not a cleaver idea to bring this through security.”

2. A wine bottle holder that looks like a gun

A baby what, now?

An item on the 2020 list was less threatening and perhaps more curious: a baby shark floating in a jar of preservative.

The shark wasn’t the problem.

“The chemical was deemed to be considered a hazardous material and as such, was not permitted to be carried through the checkpoint,” the TSA said in a release.

TSA prohibits carrying guns, knives, bludgeons, self-defense devices like pepper spray — and any replicas of these items — onto planes.

Before your next flight, check out the TSA rules.

And leave the weapons, drugs and fireworks at home.

CNN’s Maria Morava and Scottie Andrew contributed to this report.