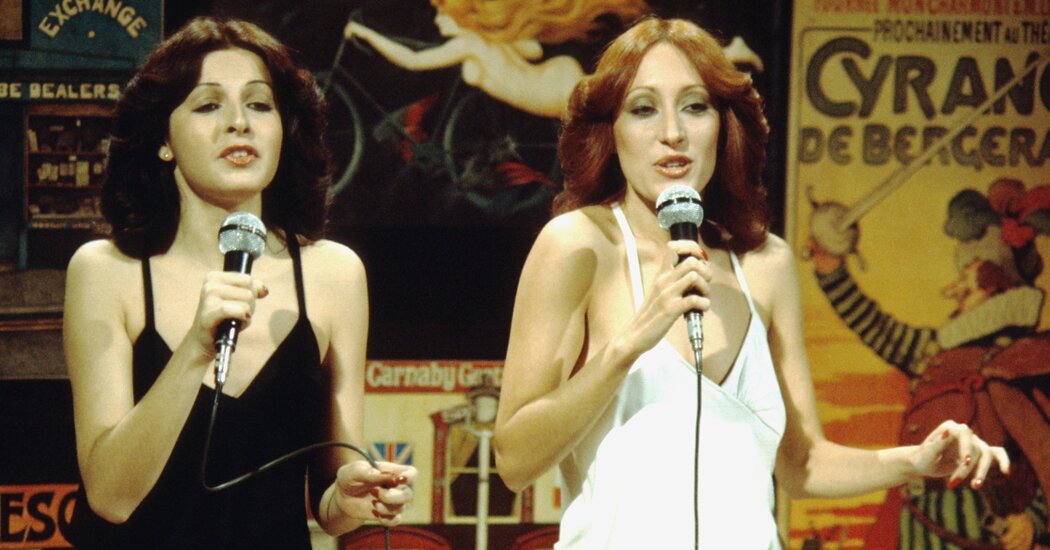 The singers continued their feud and stopped talking to each other, and the composer of most of their songs, Rolf Soja, decided to quit working with them. In 1981, Baccara released their final album with RCA, “Bad Boys”; coming at a time when the popularity of disco music was starting to wane, it was not a big success. RCA did not renew Baccara’s recording contract, and the two singers formalized their split.

María Eugenia Martínez Mendiola was born on April 4, 1952, in Madrid. Her mother, Lola Mendiola, was a homemaker; her father, Emilio Martínez, was a police official at the Madrid airport.

Ms. Mendiola studied at an Italian school in Madrid and trained to be a ballet dancer at the national school there before joining the Spanish state broadcaster’s dance troupe.

Even though both singers were Spanish, Baccara represented Luxembourg in the 1978 Eurovision song contest, with a song about a holiday romance called “Parlez-Vous Français?” (Ms. Mendiola spoke five languages, including French.) Luxembourg’s entry finished seventh in the competition.

After Baccara broke up, the two singers pursued separate careers. In 1981, Ms. Mendiola formed another duo, New Baccara, with another former ballet dancer, Marisa Pérez. While they never came close to matching the fame of the original Baccara, one of their songs, “Call Me Up,” was a hit in Spain in 1987 and also did well in Germany.

Ms. Pérez ended her career in 2008 because of an illness, and a niece, Laura Mendiola, replaced her as Ms. Mendiola’s partner. In 2010, Ms. Mendiola formed a final partnership — Baccara Featuring María Mendiola — with another singer, Cristina Sevilla, who had previously collaborated for six years with Ms. Mateos. Their most recent single, “Gimme Your Love,” was released in 2018.