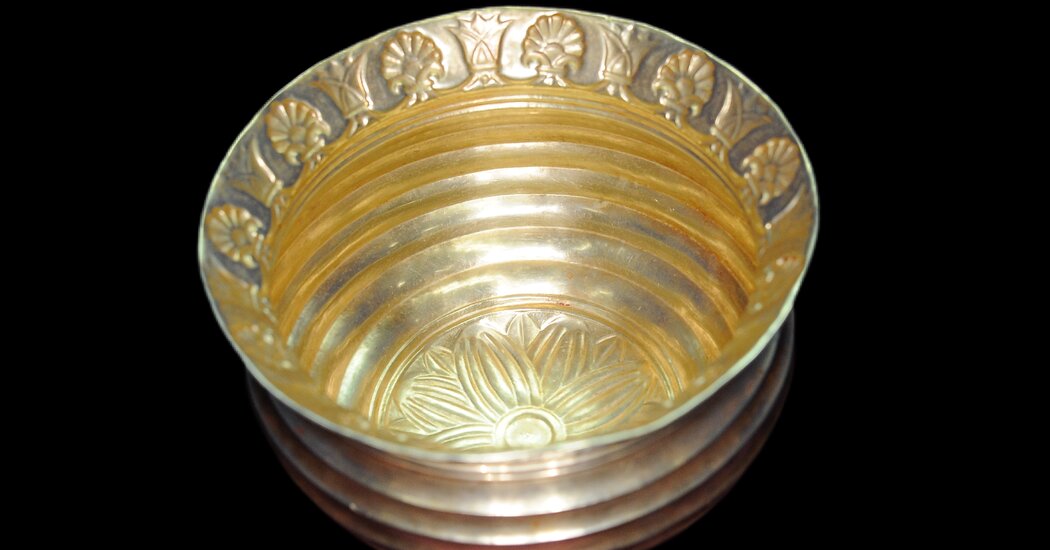 The Manhattan district attorney’s office has returned to Iraq two objects that they seized from the billionaire financier Michael H. Steinhardt and which the officials said were looted during periods of war and unrest there.

Last month, Mr. Steinhardt, an 81-year-old Brooklyn native and philanthropist, struck an agreement with prosecutors who said he had acquired the relics and numerous others from known antiquities traffickers without regard to proper documentation beginning as far back as 1987.

He surrendered a total of 180 items, valued at $70 million, and agreed to be barred for life from acquiring additional antiquities.

The items returned on Tuesday — a golden bowl and an ivory plaque — were the fifth and sixth illicit artifacts to be returned under the new district attorney, Alvin Bragg, signaling a readiness to continue the work of an antiquities trafficking unit founded by his predecessor, Cy Vance Jr. Though federal authorities have devoted resources specifically to curb antiquities smuggling, the district attorney’s office is the lone law enforcement agency with a squad dedicated to investigating such crimes.

“These illegally trafficked relics shouldn’t be kept in the mansion of a billionaire, thousands of miles away from their homeland,” Mr. Bragg said in a statement. “They should be on display in a museum or university in their country of origin, where the people of that nation can view and appreciate the glimpse into the lives of their ancestors.”

In statement in December, Mr. Steinhardt’s lawyer said his client was “pleased that the District Attorney’s yearslong investigation has concluded without any charges, and that items wrongfully taken by others will be returned to their native countries.” He added that Mr. Steinhardt “has reserved his rights to seek recompense from the dealers involved.”

According to court documents, the golden bowl, purchased by Mr. Steinhadt in 2020 for $150,000, had been looted from Nimrud, Iraq, an area where the Islamic State in Iraq and Syria, or ISIS, had sought to raise revenue by trafficking in ancient objects made of gold and other precious metals. The court papers did not link the bowl directly to ISIS, though.

Investigators said Mr. Steinhardt bought the ivory plaque, which depicts a human-headed winged sphinx, in September 2010 for $400,000. They said the plaque dates from the era of King Sargon I of Assyria (721-725 B.C.E.) and may have been looted from Northern Iraq during the Gulf War in the early 1990s.

Last week, the office said it returned to Libya a marble sculpture of a woman’s head that had been bought by Mr. Steinhardt for $1.2 million in 2000.