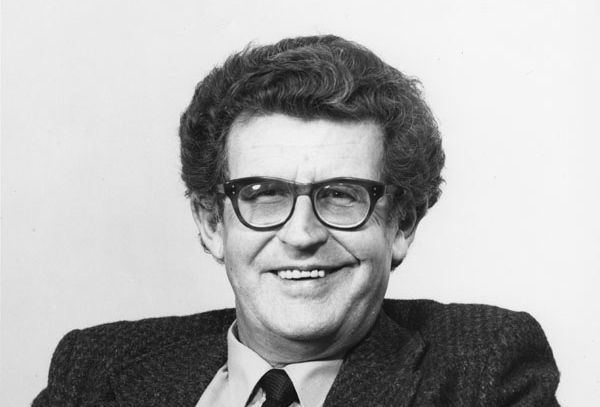 Kenneth Minogue’s The Liberal Mind first appeared in the 1960s, an era when “the young and the radical in the Western world were in a restive condition.” As Minogue correctly diagnosed, the restiveness had two sides, “one cynical, the other sentimental.” Six decades later, the modern liberals’ restiveness has become far more vexatious, and their cynicism and sentimentality far more hysterical. I sense that Minogue’s book bears larger significance now than in the Sixties.

According to Minogue, around the sixteenth century in the English-speaking world emerged Lockean liberalism—a political philosophy that rests upon the natural rights of man. At its birth, this liberal morality was tolerant, egalitarian, and peace-loving; liberals exercise great self-control and excel in compromise. For Minogue, this was a political system that unleashed previously repressed individual energy and allowed for responsible political opposition, which led to prosperity and stability.

Modern liberalism, in contrast, “is a new understanding of politics;” it treats politics “as a technical activity like any other.” All social problems are thus turned into political problems, “inviting a solution by state activity.” Plan, control, command, and mobilization, all those large-scaled and all-encompassing state activities, have turned liberalism from a political philosophy, one built on the doctrine of natural rights, to a political movement that sees political life only as a struggle aimed at ultimately making society more just and equal. Or, to use the 21st-century parlance among our cultural elite, “we” are building a DEI world: Diversity, Equity, and Inclusion.

Cynicism and sentimentality are the trademarks of the modern liberal mind.

“The cynical side was irresistibly seductive,” says Minogue, and rightly so. Parodists and satirists of the 1960s, in both America and Britain, established themselves by mocking “censorship, respectability, prudery, and the rule of old man.” The swaggering Bohemians of the Sixties went to universities, believing that to think was to question or criticize, and taking conceit in ridiculing the pomposities of the Establishment.

Decades later, probably having realized that derision has exhausted its original novelty and hence its appeal, the same people now carve a niche for themselves in “decomposition”—to dismantle the Western civilization to ground zero, as evinced in the latest ludicrous debate on whether two plus two equals four that was sparked by woke tweets claiming such statements “reek of white supremacist patriarchy.”

At once vitriolic and compassionate, the liberal mind seems to be constantly angry at the world only because “it (the world) contains suffering,” Minogue aptly observes. The cynic lashes out at the world with contempt and even hatred, whereas the sentimentalist propagates his tears “as proof of a compassionate sensibility.” The liberal mind presupposes that suffering is ubiquitous, entirely externally-induced, and categorically bad; hence to eradicate it is the highest calling. To use Minogue’s much apt metaphor, the liberal “St. George” hurls his lance immediately at the sight of a dragon (i.e., the suffering situation), real or phantom.

To relieve the sufferings of others is a natural human disposition, but the liberal mind has standardized this sensibility, elevating it into a principle of politics, which renders it less an admirable altruism but more a tyrannical moralism. As Minogue so eloquently wrote, “liberalism is goodwill turned doctrinaire; it is philanthropy organized to be efficient.” This standardization requires abstraction, treating humans not as real beings but “generic men” that can be conveniently put into the camp of “oppressors” or “victims.” Ironically, the suffering situations must undergo constant transmogrification in order to keep the dragon alive and feisty—and thus more satisfying to slay. With standardized sentimentality and cynicism together, according to Minogue, one has “the politics of melodrama of victims and oppressors.”

When reading Minogue’s anatomy of the moral character of the liberal mind, I recalled an exchange I had with a classmate three years ago. She is a former journalist and proudly-avowed global citizen—a modern liberal one might say. She mentioned that her home country, Switzerland, accepted most immigrants but her countrymen rarely interacted with them or helped them. When I asked her why individual Swiss exhibited so little personal compassion, she shrugged her shoulders: “there is government.” The truth is, as Minogue reveals, the people who focus on cultivating feelings or crafting images that provoke either hatred or tears are usually not those who actually help the needy around them. Thus, an unintended consequence of the excessive exploitation of real or crafted “suffering situations” of the classes of people taken to be “oppressed” is apathy among the masses.

A puzzle remains, namely, what has transformed liberalism from the staunch preserver of liberty, with John Stuart Mill being its most celebrated spokesman, to “St. George,” the righteous zealot, who vows to slay all human sufferings. Minogue’s devastating dissection of the liberal mind offers us some hints.

Following T.E. Hulme, Minogue differentiates between two views of life, one classical and the other romantic, in order to better explain why liberalism is “a thin and narrow doctrine.” Classical view understands humans as beings with limited capacities and shaped by social and political institutions. Established institutions take precedence over individuals. We ought to treat them with great care. The romantic view sees innocent individuals, born free and endowed with unlimited capacities, “but everywhere they are in chains.” We must, therefore, unchain ourselves from the bonds of the past so that we may live a “full life.”

Moreover, liberalism conceives of humans as desiring, rational, and calculating individuals who see the world only in terms of “function, end, satisfaction, rights, and the rest of the rationalist vocabulary.” This romantic doctrine of humans makes the liberal mind “implacably hostile to any notion of permanent natural differentiation between individuals.”

The corollary of such a theorization is an ethics of progress, a politics of needs, and above all, human happiness as distributing benefits. The perennial task for the liberal mind is what Minogue calls “the standardization of the notion of a full life.”

This obsession with a full life cannot but result in self-pity and self-reproach, says Minogue. Self-pity and self-reproach are universal emotions but the “self” of the liberal mind may concern others beyond the individual—they may be anybody for whom the liberal weeps. In a word, the self can be a collective self. Minogue’s insight sheds light on why ten years ago, Barack Obama would embark on months-long international confession tour to apologize for America’s sins, and why ten years later, Greta Thunberg would condemn all carnivore humans for ignoring the thoughts and feelings of fish (yes, the fish!), feeling justified and morally superior.

Are those two liberals arrogant or righteous? Take your pick. But Minogue reminds us that the full life that liberals think is, or ought to be, universalized is “a kind of life which is, in fact, lived by a minority of people mostly situated in the western world.”

Liberalism has for five centuries anchored the imagination of its Western descendants to a hypothesis of human nature that would make sense only insofar as we situate humans in a state of nature, stripped of all accidental attributes. But is it true? Some people like Patrick Deneen boldly claim that liberalism has failed. For Deneen, liberalism has failed because the logic of the Lockean liberalism inevitably leads to the demand for the complete liberation of the individual from a particular time, place, and relationships. This total liberation has in effect rendered “emancipated” individuals rootless and atomized, drifting in a sea where common experiences have lost their force. People are alone and powerless and permanently chained to the state.

Minogue seemed to remain ambivalent, as revealed in the 1999 preface to the Liberty Fund Edition, though he was optimistic decades ago when he had confidence in the commonsense of his world. Most significantly, he believed in 1963, because institutions were still mostly intact at that point, such as universities, churches, the military, and cultural academies, all of which were powerful checks on liberal ideas.

But it seems to me that those institutions are nothing if not the engine of the liberal mind.