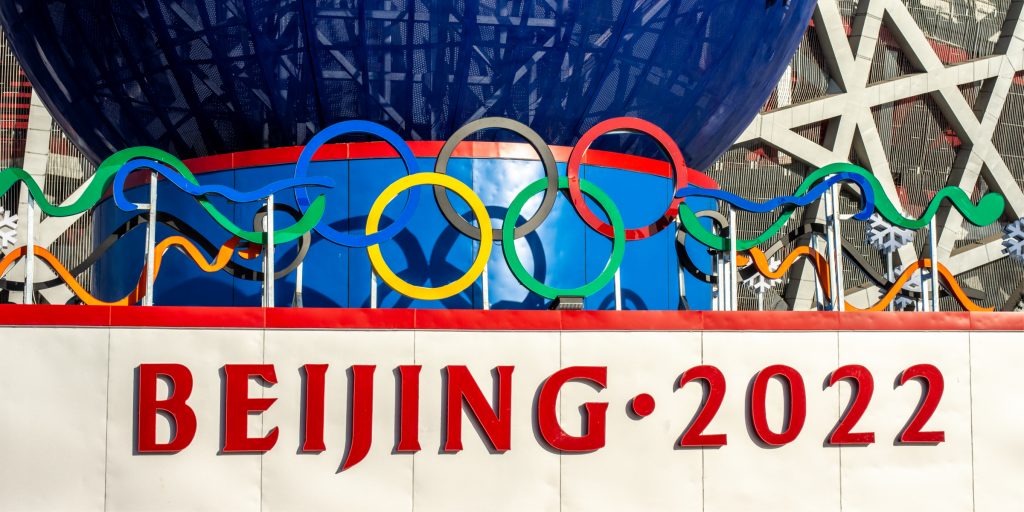 “As sportspeople, we have a power we don’t even know. If we get together and talk, things change. If we stand up, people stand up with us.” Demba Ba, a recently retired Senegalese international footballer, spoke these words to journalists in August 2020. Ba’s voice joined that of other sports personalities critical of China’s treatment of the Uyghur people.

There was a time when the word “Uyghur” would elicit a blank response. Now, the Uyghurs need a little less introduction. The Uyghur crisis revealed the conflicting positions within sports towards political statements from athletes. As the world uncovers more about the situation in the Uyghur homeland, more sportspersons are expressing outrage. These individuals are not only using their fundamental human right to free speech, but also their reach to large numbers of people who follow sports. There was a time when the organizational apparatus of virtually every sport could control the messaging of its prized stars; however, social media has changed everything. Athletes are using platforms shared by millions of people to make clear their positions on global politics and social justice issues.

Sports teams, leagues, federations, and sponsors—the entities which hold power in the world of sport and earn their income via sportspeople and fans—should now follow through on promises of social responsibility and stand up with outspoken athletes. Business as usual is no longer an option, and these entities are now faced with the question of what to do when their stars take a stand and possibly alienate a portion of their income stream. When seen in light of the contorted stances taken by corporations and leagues in regard to the Black Lives Matter movement in the United States, the Uyghur crisis demonstrates that there is little consistency in their approach to issue advocacy. When it comes to China, the apparatus of sport is clear: silence is golden. The dream of the 1.4 billion-person Chinese market is still alive and well for federations and sponsors as the 2022 Winter Olympics draw closer.

Some major sporting leagues, such as the English Premier League and the NBA, have felt China’s financial wrath over their employees’ support of issues running counter to China’s interests. But it remains to be seen how China would deal with direct confrontation with a large international sporting federation over the restriction of free speech. When using their public platform to speak out on political issues, athletes risk criticism and financial repercussions due to the potential blowback against their positions. However, it is not just the individual who is taking on this risk. Taking a stand creates potential political and financial ramifications for an advocate’s team, league, sporting federation, and sponsors. When sportspersons express political opinions, these entities are made vulnerable to the consequences of this advocacy, while they also maintain the ultimate ability to decide whether to support free speech or quash it.

With the Winter Olympics set to open in Beijing this coming February, the issue of free speech in sport is coming to the fore. The International Olympic Committee (IOC) has a policy regulating political statements enshrined in its Olympic Charter. Rule 50, part 2 reads: “No kind of demonstration or political, religious or racial propaganda is permitted in any Olympic sites, venues or other areas.” This language is vague enough that it allows the IOC a wide berth in interpreting what constitutes political demonstration—and whether and how it is punished.

In the run-up to the delayed 2020 Summer Games in Tokyo, the IOC announced a relaxation of some of its guidelines on athlete expression based on recommendations from its own Athletes’ Commission. Under the new Rule 50.2 Guidelines, competitors are allowed to express their views on social media, during press conferences, and on the field before introductions, but not during official Olympic ceremonies, competition, or on the medals stand. Furthermore, expressions targeting specific individuals, countries, or organizations would continue to be banned. Many feel the new 50.2 Guidelines have not done enough to protect freedom of expression, and they remain vague enough to leave a high degree of discretion to the IOC and individual national Olympic committees when enforcing them.

At the Tokyo Games, these new guidelines were tested several times. US shotput athlete Raven Saunders held her arms aloft and crossed them in an “X” as she stood on the medal podium, signifying “the intersection of where all people who are oppressed meet.” Mirroring this demonstration, fencer Race Imboden received his bronze medal while displaying an “X” drawn on his hand. Just two years prior at the Pan American Games, Imboden and fellow US Olympian Gwen Barry, who raised a fist in Tokyo before participating in the hammer throw, were put on twelve-month probations by the US Olympic and Paralympic Committee (USOPC) for similar demonstrations during their medal ceremonies.

Neither athlete was subject to any discipline for their actions during the Olympics. Saunders did draw the IOC’s attention, but the USOPC, in charge of punishing its athletes for rules violations, defended her actions. The IOC suspended its own investigation. This incident demonstrates not only the ambiguity still surrounding acceptable athlete expression at the Olympics, but also a growing rift between the USOPC and IOC over freedom of expression at the Games.

Currently, the IOC is facing mounting pressure from human rights groups over its decision to award Beijing the 2022 Winter Olympics. In February of 2021, more than 180 organizations called for a boycott of these Olympics to protest human rights abuses in the host country, with the World Uyghur Congress calling on the IOC to consider changing hosts due to what it described as an ongoing genocide against the Uyghur people. In May, groups representing Uyghurs, Tibetans, residents of Hong Kong, and others ratcheted up the pressure, reiterating earlier calls for a full-scale boycott of the games.

The IOC’s response clung to the idea of sporting neutrality, with IOC Vice President Dick Pound responding, “Our perspective on all of this is that no matter how complex and how conflicting views may exist among countries, we’re trying to steer a middle course here using sport as a means of communication even in the worst of times.” While human rights advocates have accused the IOC of ignoring their claims of genocide, IOC President Thomas Bach has doubled down on the rhetoric of neutrality. When pressed to denounce the abuse of Uyghurs while at a press conference in Tokyo, IOC officials, including Bach, avoided responding to the issue entirely.

Meanwhile, political efforts backing a change of location or boycott of the Beijing Winter Games have failed to gain traction, even as the governments of the US, the UK, Canada, and the Netherlands classified the situation in western China as an ongoing genocide. In May, US Speaker of the House Nancy Pelosi called for a diplomatic boycott of the Winter Games during a hearing of the Human Rights Commission, a call that has been met with bipartisan support. However, in the same month, the USOPC released a statement formally opposing a boycott of the Games by its athletes, arguing that a boycott would unfairly punish athletes and have little practical impact on Chinese policy. On December 6, President Biden announced the US diplomatic boycott of the Beijing games and was joined by New Zealand, Australia, Canada, the UK, Lithuania, and Kosovo. However, as February draws closer, the tangible impacts of these boycotts are uncertain, while the consequences of political expression at the Olympic Games from athletes remain murky.

We hear that sport is just a diversion and that athletes should just play the game. That’s music to the ears of administrators operating within an industry worth roughly $700 billion annually. However, sport, money, and politics are all part of the assemblage of choices we make in our daily, globalized lives. As such, for better or worse, the days of political neutrality in sport are long gone. Of course, what we all want out of sport vastly differs. And yet, when sportspersons do exercise their freedom of speech on political and social issues, employers and administrators need to have their backs and not act as another suppressive actor. In the case of the Uyghurs, who are facing an existential threat, the argument that an industry acts out of self-interest to ensure increased profits won’t wash. It is complicity.

In the current moment, Uyghurs need all the friends they can get. Facing down the globe’s second-largest economy, the Uyghurs face formidable challenges to preventing the genocide of their people. While it will take the world time to untangle the sports industry’s responsibilities in regard to the marginalization of ordinary people, confronting China on the treatment of Uyghurs is an urgent issue. Already the world is mobilizing, from human rights activists to heads of state. And on December 1, the Women’s Tennis Association set an encouraging precedent, taking a large financial risk by cancelling all of its upcoming tournaments in China over the disappearance of player Peng Shuai.

However, the IOC’s response toward Peng Shuai’s disappearance, deletion from Chinese social media, and allegations of sexual assault by a top Chinese leader can only be described as breathtakingly duplicitous. In a video call with Peng Shuai, IOC Thomas Bach did not even raise the accusation and merely suggested he and Peng meet for dinner next time he visited Beijing. It remains to be seen whether any other sport administrators will have the courage to join Demba Ba’s call and use their power to take a meaningful stand for human rights.