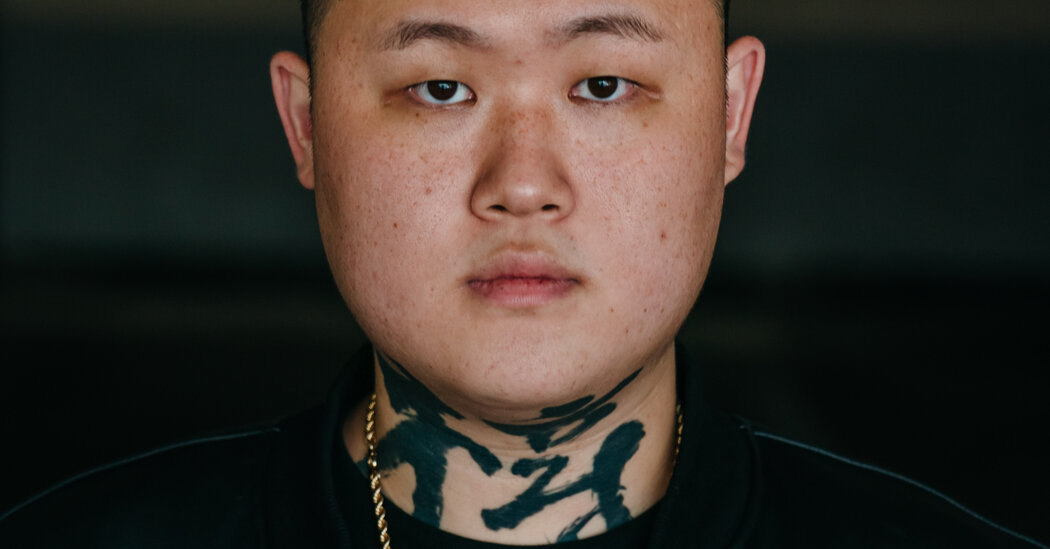 SEOUL — For Shin Ye Gwon, the jewelry maker whose brand name is David Avalon, his latest creation was a particularly special one: a white gold and diamond necklace monogrammed “L.M.” for the superstar rapper Lisa.

Getting the commission was a big moment for Mr. Shin, 24, a fan of Korean hip-hop. And it all began with the teeth molds he made during his teens, teaching himself to make grills.

In a utilitarian walk-up studio in the teeming Seoul Station neighborhood, Mr. Shin now hammers out everything from bejeweled grills for South Korea’s tough-guy and tough-gal singers to diamond-studded jewelry (Lisa’s necklace, for example, contained more than 400 tiny ones).

He and his three-member team do most of the fabrication, although he sends pieces out for specialty work like casting, plating and sometimes laser engraving.

One recent afternoon Mr. Shin was boyishly excited as he talked about meeting Lisa, the Thai rapper who also is a member of Blackpink, the South Korean girl band. Her debut solo album, “Lalisa” (her full name is Lalisa Manoban), released in September, has sold 736,000 copies in South Korea alone (and the hit single’s video has more than 330 million views on YouTube).

She met Mr. Shin about three years ago because her stylist wanted her to have grills for a video. “She came to me to be fitted for her grills and we realized we are the same age and had a huge passion for rap and hip-hop,” he said. “We became friends and she viewed my work on Instagram.”

Mr. Shin declined to say how much the “L.M.” necklace cost, but said his most expensive commission to date, for a South Korean brand designer, was $253,000.

He is already working on another necklace for the rapper. “I have a stubbornness to create more than one version of any product, so when the client presents one design, I suggest 10 more,” Mr. Shin said. “I believe the essence of custom jewelry is to provide a one-of-a-kind symbol unique to that client. I think it’s a designer’s calling to present better and more interesting ideas.”

Mr. Shin, who was born in Seoul, said he first became interested in jewelry around age 6, although he always had been drawn to shiny objects. Then, as a teenager, “I first saw a picture of the American rapper ASAP Rocky wearing teeth grills on an album cover, and the moment I saw it I felt an intense ‘this is it’ moment,” he said. “When I created my first grills back in 2015, the grills culture in Korea was nonexistent.”

It was all trial and error, Mr. Shin said. In 2016 he enrolled in the Busan Institute of Science and Technology as a jewelry design major, but left after one semester — and then apprenticed with a jewelry maker who was just beginning to make grills.

But “there were so many complaints because the teeth grills didn’t fit and were super uncomfortable, and I knew right then that I needed to study this on my own,” Mr. Shin said. “The grills were too thick when I was studying as an apprentice. The singers couldn’t rap. Thinner is better for enunciation.”

Using information he found on the internet, he made about 100 molds of his own teeth, varying each one slightly until he was satisfied with the resulting grill.

He estimated that he has made about 400 grills over the past six years, each one created from a customer’s alginate mold, the same impression material that dentists and orthodontists use. Some grills have logos, such as currency symbols, and can all but upstage their wearers. Prices usually range, he said, from the equivalent of $2,500 to $21,000.

“Bottom grills and side grills are popular,” he said. “More subtle. A bit of mystery.”

Mr. Shin said most of his work comes by word of mouth — literally — and he has a long list of grills made for rappers: one with mother-of-pearl for Penomeco; a 14-karat gold model for Loopy; and a 14-karat white gold and diamond one for Justhis.

“He wanted it to be a cross since he is a very devout Christian, so I thought of a Baroque design,” Mr. Shin said. “I don’t know why, but that idea just came to me, and BewhY said it was just what he wanted.” Although BewhY’s is accented with pearls and diamond-studded rose gold detailing.

“No one else in Korea does the kind of work David Avalon does,” BewhY, whose real name is Lee Byung-yoon, said by email. “He doesn’t make typical custom jewelry. It’s only a matter of time before he’s recognized worldwide.”

Mr. Shin said he chose the name David Avalon — sometimes simplified to Avlon or Avln — for his brand because it is a combination of David, his favorite name, and a variation of the word abalone, from which mother-of-pearl, a major component of many of his designs, is extracted. The two words and some related concepts are woven into his life and the brand’s story in several ways.

As a child, he said, his mother often encouraged him to become strong “like David,” the biblical one. And the face of David — Michelangelo’s version — appears on many of Mr. Shin’s pieces, from earrings to rings.

His hair is cropped high to reveal a tattoo of a laurel wreath that circles the sides and back of his head (while his neck tattoos spell his name, Gwon, in hanja, the ancient Korean writing system). He said he associates the laurel with the biblical figure David and as a symbol of “eternally unfading glory,” his brand’s slogan.

Mr. Shin has used the laurel in many of his designs, too. The centerpiece of his fall collection, called David Piece, is a necklace made of about 6,000 diamonds, totaling 45 carats, and is priced around $120,000. It is accompanied by a laurel-shaped bracelet made of 2,200 diamonds totaling 16 carats, at $55,000.

The creations are featured on the brand’s new website, which debuted earlier this month with arrangements for international sales and shipping. The pieces are status symbols, Mr. Shin said, and an expression of the youth leading the country’s pop culture explosion.

“Most of the younger generation here who consume fine jewelry focuses on unique and daring jewelry design and high-end materials, while the older generation focuses on more traditional design and known brands,” he said. “The purpose of jewelry consumption for all generations is to show off their wealth. But for the young people of Korea, high-quality fine jewelry symbolizes success.”

Walmart on Tuesday reported quarterly earnings that missed Wall Street’s expectations by a wide margin, as the nation’s largest retailer felt pressure from rising fuel costs and higher levels of…

Holiday Blues? Here’s How to Make Your Bedroom Feel Like a Luxury Hotel

How grief and burnout pushed this 27-year-old to follow her lifelong dream of opening a bookstore: ‘This was a pipe dream’