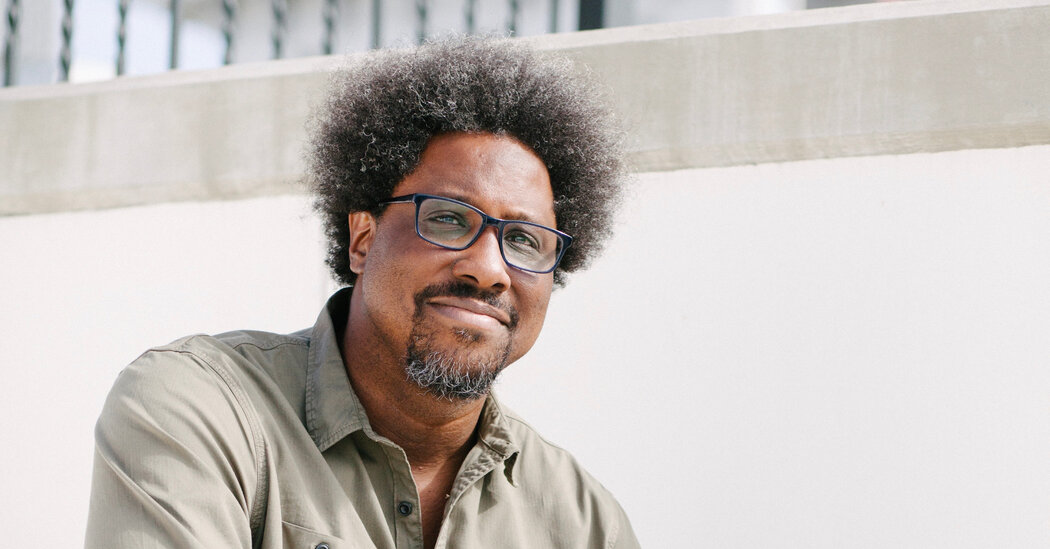 When W. Kamau Bell was growing up, Bill Cosby was the “wallpaper of Black America” and an inspiration, Bell said in a recent interview. Bell’s new documentary, “We Need to Talk About Cosby,” surveys the star’s long career and cultural impact, as well as the accusations of sexual assault that culminated in his conviction, on three counts of aggravated indecent assault, in 2018. Cosby was freed from prison in June 2021 after an appeals court ruled that his due process rights had been violated.

The four-part documentary — which premieres on Showtime on Sunday — consists of clips from his shows and standup act, conversations with women who accused Cosby and a parade of other interviewees who try to process the Cosby story and his legacy.

As a comedian and host of shows like CNN’s “United Shades of America,” Bell said he has become known as a guy who is willing to have difficult conversations. But the one about Cosby was tougher than most, generating criticism from both sides: Some Cosby accusers didn’t talk to him because they didn’t want to be part of a project that includes Cosby’s achievements. At the same time, Bell said, he has been accused of tearing down a Black role model when he could be examining white transgressors instead.

Last week, Cosby criticized the project through his spokesman, Andrew Wyatt, who added that Cosby continues to deny all allegations against him. Wyatt also praised Cosby’s work in the entertainment industry. “Mr. Cosby has spent more than 50 years standing with the excluded,” he said in a statement.

As a reporter who covered Bill Cosby’s trials for The New York Times, I am familiar with the accusations against him. But the documentary sets those accusations in a deep context of American culture and Cosby’s career.

Recently I spoke to Bell by video call about making the series, and about his belief that Cosby’s story is a story about America. These are edited excerpts from the conversation.

Hi Kamau. How are you doing?

[Laughs.] You’ve covered this story a lot, so I think you probably have some sense of how I’m doing. And then add Black into it.

You’ve described to me the trepidation you felt about getting involved in something that had the potential to be “toxic.” What do you mean by that?

We reached out to people, and we got so many “no”s so quickly. At the time, he was still in prison, and I thought, Oh maybe we can finally have the productive Bill Cosby conversation. But with every note I got from people who were really doing well in show business, what I’m hearing is, “This is a bad idea.” Not that they would say that outright, but the feeling was, No, I don’t want to touch that. Maybe they didn’t want to touch it with me, but I think generally they don’t want to touch it.

Why would they say that?

I mean specifically for Black people, whether you were involved indirectly or not, it’s hard to have a productive conversation about Bill Cosby without frustrating some of your audience who still wants to support him, whether they believe he did these things or not.

How did the idea for the documentary come about?

The idea came very naturally in a conversation with [Boardwalk Pictures Production]. I liked their work, they liked my work, and we started talking about comedian documentaries. Generally, there are not enough great comedian documentaries, and then through that conversation it was, “Could you do one about a comedian who has fallen?” There are any number to hold up, but Bill Cosby was the one we talked about. And I’ve been thinking about this Bill Cosby conversation for years.

What did you hope to achieve?

When I started making it, as we say in the doc, he was in prison. It sort of felt like the Bill Cosby story was, in large part, over. So maybe now we can have the conversation, and it’s a conversation I was already having in my head and with other people. Seeing people online trying to have it, the conversation wasn’t happening in a productive way.

So on some level, your example, Bill Cosby, led me to try to figure this out.

So what did you figure out?

[Kierna Mayo, the former editor in chief of Ebony magazine] said something to the effect of, “Bill Cosby is key to understanding America.” To me, that’s what this is about.

There are two runaway forces of oppression in America: One, how we treat nonwhite people. The other is how we have treated women through the history of this country. And if you look at Bill Cosby’s career, you can see things he did that makes this better and makes this worse. I believe there’s a lot to learn there.

You use a timeline device in a powerful way that allows you to talk about the highlights of his career and also locate the timing of the accusations against him.

I don’t like when documentaries tell some personal story but they don’t connect to history. Because you want to know what was happening when that happened — that helps give us the sense of why this is even more interesting.

It doesn’t make sense to talk about Bill Cosby as if he was a solo man in the world. You have to really see how the boys-will-be-boys culture of Hollywood, specifically in the ’60s, invites a kind of behavior that allows predators to hide.

You raise the question about who else knew at the time about the accusations against Cosby, but you don’t come up with many specific answers. Did you try to talk to senior figures in the industry?

Yeah. but we didn’t have access to any of those people. And I’m not an investigative journalist, so there’s a point at which I have to accept that I’m here to take all that we know and start to figure out what were the circumstances through which this went down.

Ultimately, the bigger thing is it’s clear that the industry overall is not doing a good job, and the people who run the industry are probably still not doing the best job they can do. That’s the bigger issue to me.

At times, it seems that the “We” in “We need to talk about Cosby” refers mainly to a Black audience. Are there some complexities of the Cosby case that are particular to Black people?

I would say the “We” is those of us who feel connected to Bill Cosby. Now it just so happens that a lot of those people are Black people. But let’s be clear: He was America’s dad, not Black America’s dad. He was universal. Everybody who worked on this, no matter what their race was, if they were of a certain generation, they were like, “Yeah, I watched that show and felt like I was part of that family, too.”

Even this interview is complicated: For a lot of people, I will be tearing down a Black man in a white newspaper in front of a white man. And the question is, why isn’t this interview about Harvey Weinstein, or Trump, or other people who have had allegations of sexual assault? Those are the questions that are coming at me now on social media — like, why this man?

What do you say to your detractors?

I learned long ago you can’t win those battles on social media, so I’m sort of allowing them to happen. I’m going to handle it by talking to you and other outlets, and by making sure I talk to Black press outlets, places where maybe those people will go. But I don’t think there’s any resolving it. If those people watch it, they will learn it is a more nuanced conversation than I think they believe it is.

This is another trite thing to say, but we have to be on the right side of history here. Can this be an opportunity for a large percentage of this country to actually work to make the system and structures better, from the highest levels of show business and corporate America, through working-class America, all the way down to how sex education is taught in schools? There are so many levels of this — those of us who want to be on the right side of history have to do the work to rebuild these systems.

You ask many times in the documentary, “Who is Bill Cosby now?” Did you come to a conclusion yourself?

Somebody who has always taught us about America and is still teaching us about America, even if it’s in ways he does not want to. And it is very important for us to learn all of the lessons of Bill Cosby if we’re actually going to be a better society.

Also embedded in that, and it’s hard to say it, but in the greater context: [Cosby is] one of the key figures for Black America and America in the 20th century. And one of the greatest standup comedians of all time. And the creator of one of the best sitcoms of all time. And, throughout a lot of his career, an advocate for Black excellence. But if you want to engage with that, you have to engage with the other stuff.

Cosby was released from prison before you finished the documentary. How did his release change things?

The most valuable conversation to me isn’t the film — it’s the conversation that we all have after we watch the film. No matter what you think about Bill Cosby’s story, it is critical that we create a society that treats survivors of sexual assault better.

10 Things to Evaluate When Buying a Home

Buying a home is a lifetime investment and you need to be very cautious to avoid losing money, buying the wrong house, or buying in the wrong neighborhood. Buying a…