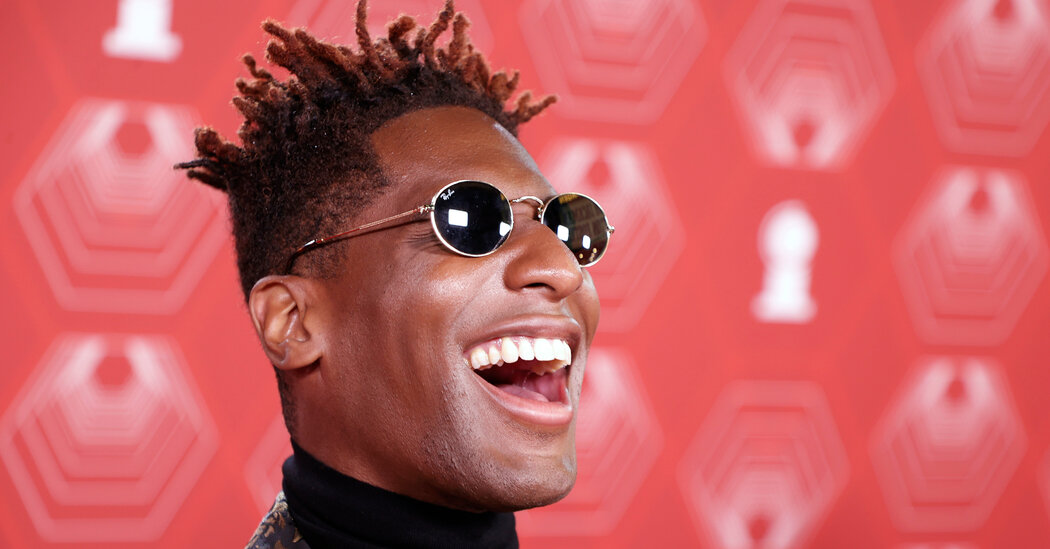 With his second studio album, “We Are,” the jazz pianist Jon Batiste sought to make music without genre, a mission that might not seem to align with an awards show built around firm categories.

But the boundary-bending approach of Batiste’s latest work paid off in the nominations for the 64th annual Grammy Awards: He earned the most nominations with 11, covering R&B, American roots and jazz.

Eight of the nominations came from “We Are,” including album and record of the year for his track “Freedom,” which also received a nomination for best music video. (He filmed it in his New Orleans hometown.) Three were for his work on the Pixar movie “Soul,” which won an Academy Award earlier this year for best score.

Batiste, 35, appears nightly as the bandleader on “The Late Show With Stephen Colbert,” and over the last year and a half, he has become a familiar face during times of crisis. When the pandemic shut down indoor performing arts venues, Batiste played in the open air. And when protesters hit the streets after the murder of George Floyd last year to rally against racism and police violence, Batiste staged a series of protest concerts, leading crowds of people in song.

Batiste chatted in a phone interview shortly after the nominations were announced on Tuesday. The following are edited excerpts from the conversation.

With “We Are,” you set out to make an album that didn’t fit into any one genre, and as a result, you were nominated in three genres, as well as the general categories. Did your mission for the album succeed?

It was so rewarding to be nominated in multiple categories and multiple genres. And of course, for the two big categories in the general field. I’ve always made an effort to show that the genres are all connected, just like people in all of our lineages are connected. I’ve said that many times, and it just feels so great for it to be recognized on music’s biggest stage.

How does it feel to be the most nominated artist in any genre?

My goodness, I’m so over the moon. We made this album throughout the pandemic and we had so many things going on. We recorded the soundtrack and the score for “Soul” during the pandemic. It was so much. You always put your blood, sweat and tears into the craft of making an album, but it was doubly so during that time.

You released an early iteration of the title track, “We Are,” in June 2020 as you were in the middle of crafting the album. Why did you make that decision?

“We Are” is a song that features my grandfather, who is an incredible activist. He’s somebody who grew up during the Memphis sanitation strike. He was a protester, he was somebody who basically fought for the rights for me to be able to be where I am today. And he’s on the record.

The lyrics in that record reference all of the things that we were fighting to maintain during the protest for Black lives. So it was really just one of those things where I made the song, not knowing that the moment would come for the song before the album was finished.

Did the experience of performing the song in the context of protests shape the final version that was nominated for the Grammy? Did it evolve any more after that?

No, it actually didn’t because it was already so much of the spirit of the moment. I didn’t have to do anything to it.

Over the past year and a half, you’ve spent a lot of time playing outdoors for the public, whether at protests in the summer of 2020 or roaming performances during some of the worst months of the pandemic. How did these events change how you see yourself as an artist?

It made me realize that music is bigger than the entertainment structure, it’s bigger than commerce, it’s bigger than a marketing or business plan. Music is something that’s used from the beginning of time, going all the way back to the first communities, as glue within communities, as part of the fabric of everyday life. It brings people together and it’s used as something to transmit wisdom from generations, to pass on traditions and give people hope. It connects us to the sacred, the divine. I’m not against music as entertainment, but I think if we remember the origin of what music is all about and what it can be used for, it would be very useful in this time.

You’ve also said that the album reflects the passage of your life thus far. What does the album say about where you were in your life when you recorded it?

It’s me coming into myself. You go through this process of resurrection as an artist, you go through a birth and a rebirth and a rebirth and you’re constantly becoming. And I was at this transitional point and the album was a time stamp of that moment of being reborn. So I really believe that when I look back on this album in 15, 20, 30 years — God willing — I’ll be able to, to appreciate it in a different way, because I’ll have gone through similar rebirths, but none will be the same.