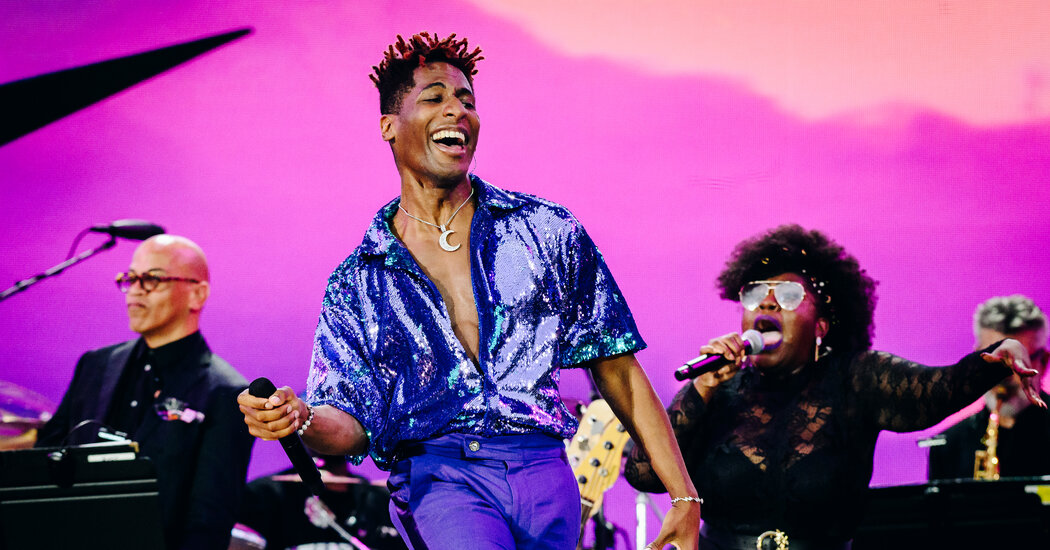 The nominees for best country album are Chris Stapleton’s “Starting Over,” Sturgill Simpson’s “The Ballad of Dood and Juanita,” Mickey Guyton’s “Remember Her Name,” Brothers Osborne’s “Skeletons,” and “The Marfa Tapes” by Miranda Lambert, Jon Randall and Jack Ingram.

Kacey Musgraves’s latest, “Star-Crossed,” was not eligible for country album, after being deemed insufficiently country by the academy’s screening committee; it was moved to the pop category, but received no nominations there. That decision drew wide notice in the industry since Musgraves’ last album, “Golden Hour,” won best country album — as well as album of the year — in 2019.

The nominees for producer of the year, nonclassical, are Jack Antonoff (for his work with Swift, Lana Del Rey and others), Rogét Chahayed (Doja Cat), Mike Elizondo (Twenty One Pilots, Turnstile), Hit-Boy (“Judas And The Black Messiah: The Inspired Album”) and Ricky Reed (Lizzo, Batiste).

With this year’s ballot, Jay-Z becomes the most nominated artist in Grammy history. He had been tied with Quincy Jones for 80 nods, but with another three — as a songwriting contributor on Bieber’s “Justice,” and twice in best rap song, for collaborations with DMX and West — he is now at 83. Jay-Z has won 23 Grammys so far.

The nominations recognize music released from Sept. 1, 2020, to Sept. 30, 2021, and can be voted on by more than 11,000 members of the Recording Academy, who must qualify as working musicians.

This year’s ballot was winnowed down from nearly 22,000 submissions — down slightly from the more than 23,000 submitted last year, which was a record.