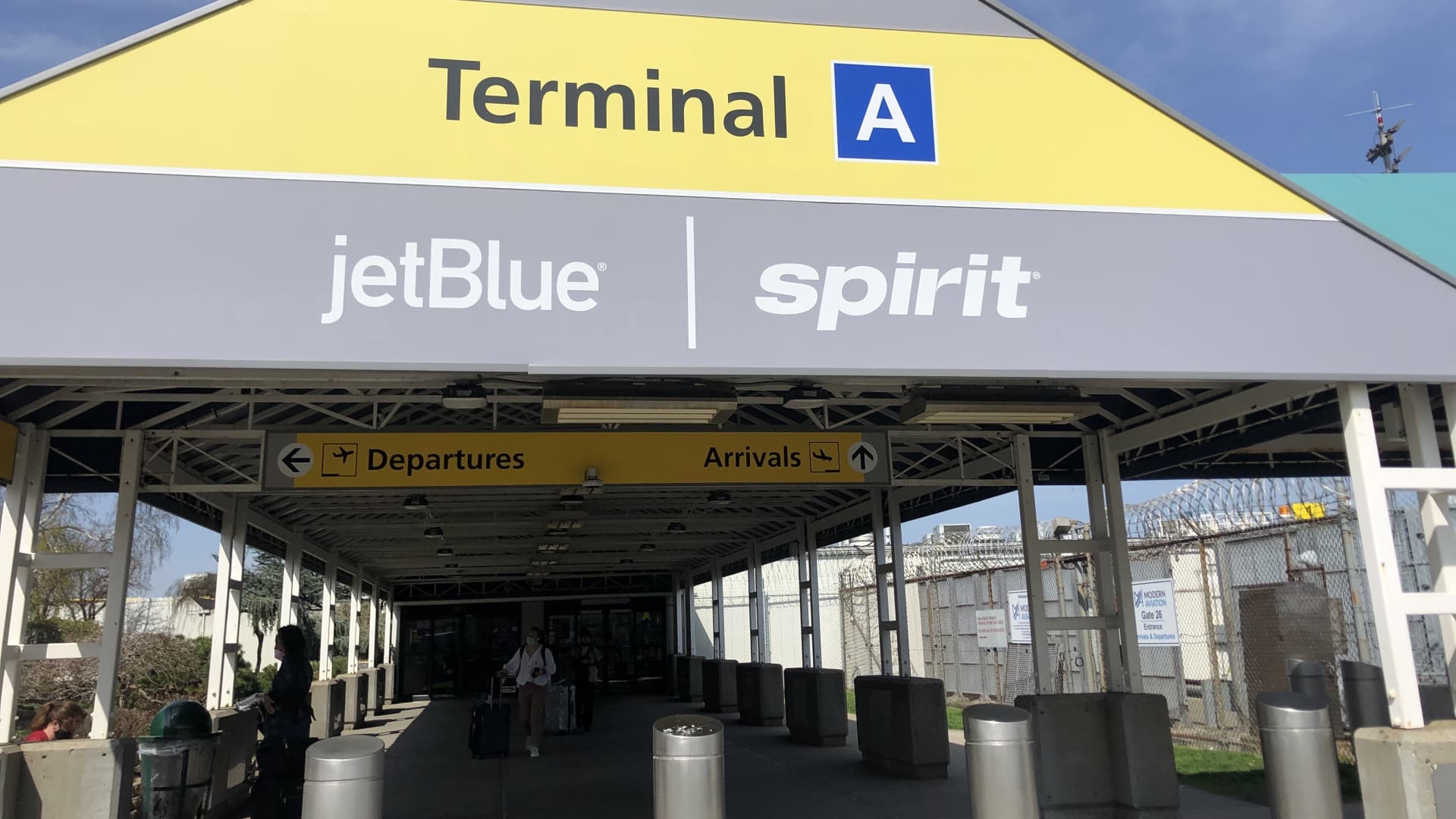 JetBlue Airways again increased its offer for Spirit Airlines with a shareholder vote for the discounter’s deal to merge with Frontier Airlines just days away.

Frontier sweetened its offer on Friday. Spirit’s CEO Ted Christie told CNBC then that Spirit’s board still found the deal to combine with fellow budget airline Frontier a superior option than going with JetBlue.

Spirit shareholders are set to vote on the Frontier cash-and-stock deal on Thursday; Spirit postponed the vote earlier this month to continue deal talks with both airlines.

Either combination would create the fifth-largest U.S. carrier. The heated bidding war underscores how both JetBlue and Frontier view Spirit as key to their future growth plans at a time when planes and pilots are in short supply.

LaGuardia International Airport Terminal A for JetBlue and Spirit Airlines in New York.

Spirit had argued that it didn’t think a JetBlue deal would pass muster with regulators, particularly because of its alliance with American Airlines in the Northeast.

“After the Spirit Board’s failure to recognize our decisively superior offer, we’ve discussed our offer directly with Spirit shareholders and are now modifying our proposal in response to shareholders’ expressed interest, to include a monthly payment for shareholders, with the certainty of a significant cash premium at closing,” JetBlue’s CEO Robin Hayes said in a statement.

JetBlue’s new offer raises the reverse break-up fee to $400 million from $350 million if regulators don’t approve the deal and includes a dividend to Spirit shareholders of $2.50 a share, up from a previous offer of $1.50.

It also includes a “ticking fee,” that would pay shareholders 10 cents a share each month from January 2023 through the completion or termination of the deal.

Spirit shares were up 5% in after-hours trading on the news, while JetBlue’s were off less than 1% and Frontier’s were up 1%. Spirit and Frontier shares fell sharply in regular trading.

Frontier on Friday had increased the cash portion of its bid by $2 a share to $4.13 and raised its reverse break-up fee proposal to $350 million, matching JetBlue’s earlier offer.

“We think we have the most compelling offer for shareholders,” Frontier CEO Barry Biffle said in an interview earlier Monday. Biffle spoke from New York, where he is planning to meet with Spirit shareholders this week ahead of the vote on Thursday.

CNBC’s Jim Cramer on Tuesday warned investors not to assume that the Federal Reserve will engineer a soft landing for the economy. “Fair-weather bulls, who all believed we were headed…