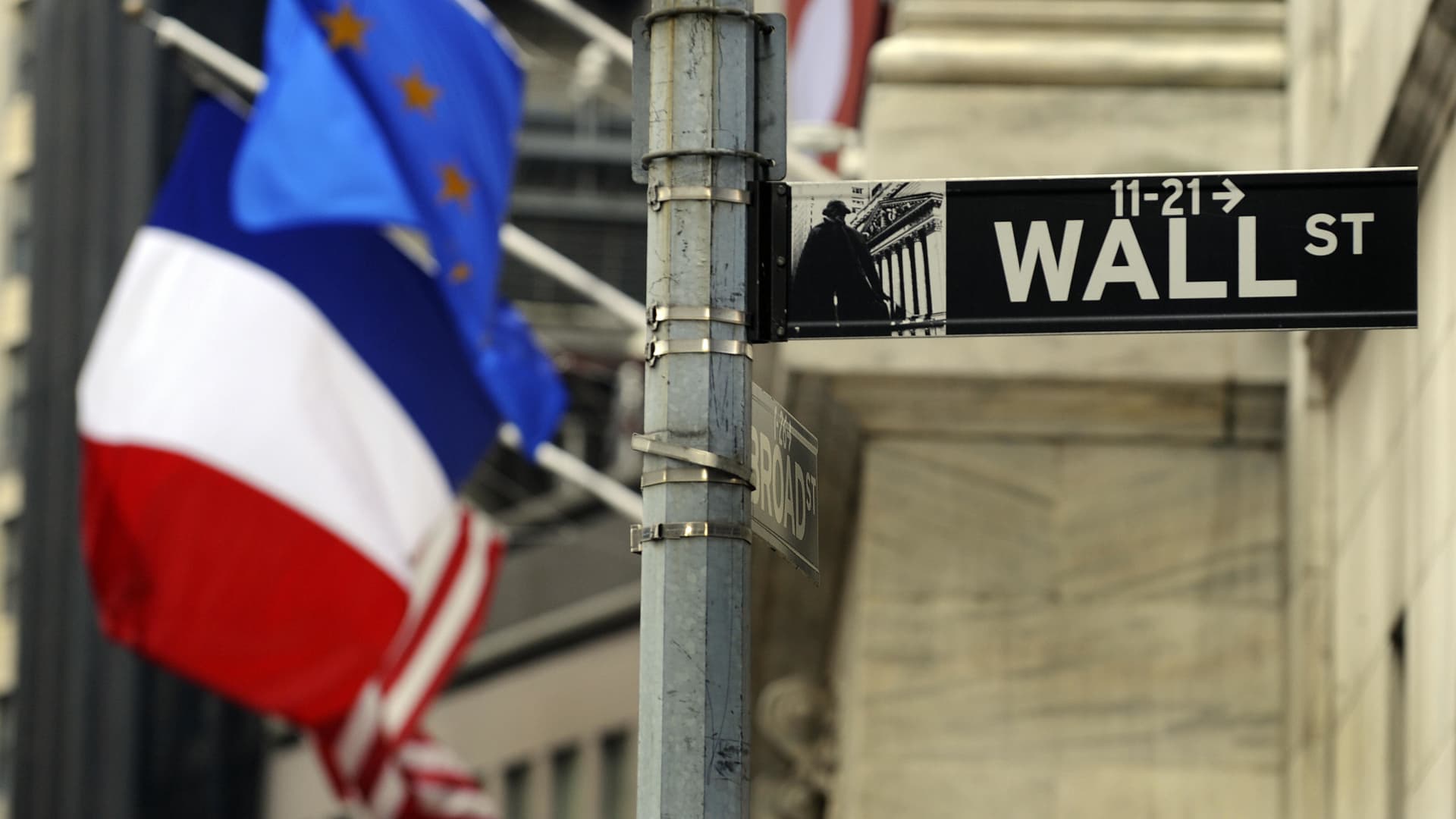 French voters head to the polls on Sunday to cast their ballots in the final round of a close presidential race between incumbent Emmanuel Macron and rival Marine Le Pen.

Centrist Macron was seen taking the lead against his far-right opponent Friday as the pair face a rerun of their 2017 tete-a-tete.

In the final day of campaigning ahead of this weekend’s second-round vote, polls showed Macron with a 57.5% lead over Le Pen’s 42.5%.

But with the election coming at a time of renewed economic and political pressure, both domestically and within Europe at large, the outcome is far from certain, according to Wall Street.

Here’s a look at some major banks’ predictions:

Goldman Sachs has put its weight behind opinion polls, citing 90% odds of a Macron win.

Should the incumbent succeed, investors can expect continuity within markets — even as Macron seeks to revive his reformist agenda. Such reforms are already largely embedded in current market forecasts, the bank said in a research note Thursday.

Should Le Pen win, however, markets could be in for a shock amid rising uncertainty around France’s domestic and EU policy.

Under France’s electoral system, presidential powers are largely dictated by parliament. The ultimate victor’s ability to govern will therefore be determined by legislative elections in June, and with little parliamentary popularity, Le Pen could face an institutional impasse.

That could significantly hurt investor confidence, said Goldman, adding that its markets team would look for a significant widening of sovereign spreads in the case of a Le Pen win.

While Citigroup’s base case is also for a Macron win, its probability is less clear cut at just 65%.

Indeed, the Wall Street bank said the chance of a Le Pen victory is now “considerably more likely than in 2017,” amid risks of low voter turnout and reluctance among leftist voters to back Macron.

That could present downside risks for stock markets, with French banks likely to face the biggest hit.

“A surprise victory by Le Pen, and associated rise in bonds spreads, would likely put downside pressure to the overall French equity market performance,” it said in a note Tuesday.

The euro, meanwhile, would come under pressure from a Le Pen win, likely declining to 1.065 against the dollar, the bank said. A Macron victory, on the other hand, would provide “mild upside.”

For Societe Generale, the ultimate outcome is similarly unclear, and a Le Pen victory “cannot be ruled out.”

“The race is very close and uncertainty remains high. We still see complacency around this election, and a Le Pen victory would lead to sharp repricing,” the French bank said Tuesday.

Again, equity markets — especially euro zone banks and Italian stocks, which are both sensitive to EU integration — would be among the hardest hit by a Le Pen victory.

The bank also previously named some 37 French stocks with market caps above 1 billion euros which could come under particular pressure from political risks surrounding social unrest, asset nationalization and EU policy. Those include Air France-KLM, Accor and Renault.

In the debt markets, meanwhile, the spread between French and German 10-year bonds could jump to 90 basis points before ultimately settling in the 60-90 basis points range, if Le Pen were to win. If Macron were reelected spreads would likely remain around current levels at 45-50 basis points, it said.

Economists elsewhere agreed that the ultimate outcome could mark a decisive turning point in French politics.

“A victory for either of them would take France on a completely different political, economic, European, and geopolitical trajectory,” ING Economics said Thursday.

While a Macron win would likely lead to further EU integration, a Le Pen win would be “unfavorable to the cohesion of Europe” at a time when it faces renewed pressure from adversaries in Russia.

“As France has always been one of the driving forces of European integration, the election of a euroskeptic French president would be a rude awakening for the European Union. Not to mention the fact that Le Pen has also been more skeptical of the European sanctions against Russia,” it said in a note.

Among Le Pen’s priorities are withdrawing France from the integrated command of NATO and seeking rapprochement with Moscow — a clear divergence from the EU’s wider stance.

“This leap into the unknown would probably lead to an adverse financial markets reaction and a very uncertain economic trajectory, weighing on the growth prospects for the coming years,” said ING.

Meantime, the pair’s conflicting views on domestic policy could have major implications for business and foreign investment, according to Berenberg Economics.

“A lot is at stake for France and the EU,” the economists noted Friday.