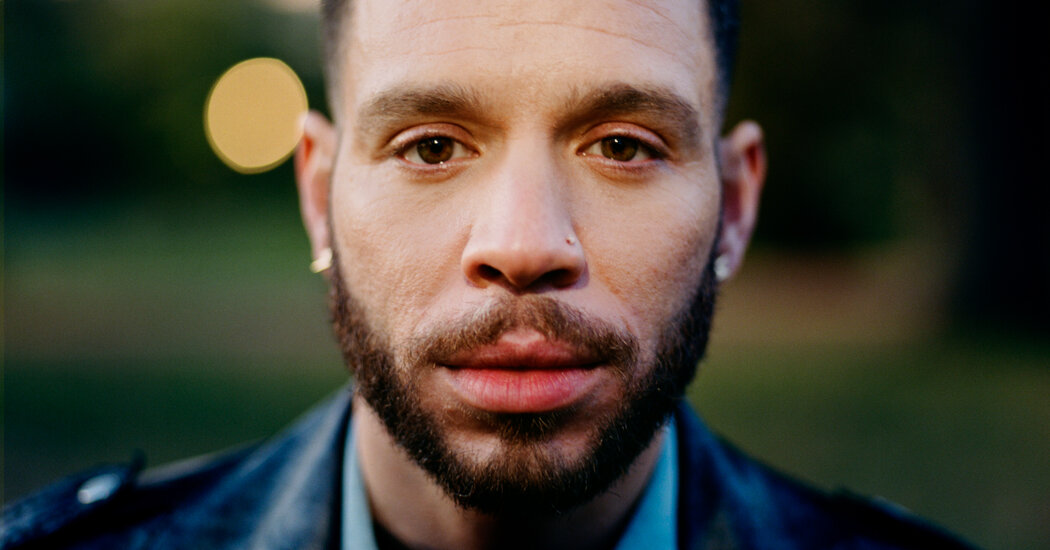 “Boo-boo, you need to ask yourself,” Michael tells Jonathan, “In this moment, are you letting yourself be led by fear? Or love?”

De Jesús said, “I knew that Michael did not have to be pulled and buttoned up, that he was someone who navigated being an artist, a creative, someone who was down and hip, and cool with also doing advertising.”

“It didn’t have to just be one thing,” he continued.

Although de Jesús has appeared in many major movies, he assumed some other, bigger film star might snag the role of Michael. So he took a risk in his audition. Miranda was impressed.

“I’ve seen a lot of productions of ‘Tick, Tick … Boom!’ and a lot of the time the guy that gets cast as Michael is someone who looks very at home being a business guy, very dapper, very smooth,” Miranda said in a phone call. “What’s fun about Robin as a choice is that you 100 percent believe this is an artist who thrives in this world. It’s an artist with a business suit on.”

Miranda and de Jesús go way back. (So far, in fact, that de Jesús sang at Miranda’s wedding.) In 2005, de Jesús made his Broadway debut in “Rent” as a member of the ensemble and an understudy for Angel, a young drag queen. That same year, he joined the original cast of “In the Heights,” Miranda’s first musical, with a book by Quiara Alegría Hudes.

“Quiara and I realized every time he had the ball, he just put a crazy spin on it and knocked it out of the park,” Miranda said of de Jesús. “I am mixing my tennis and baseball metaphors, but so would Robin.”