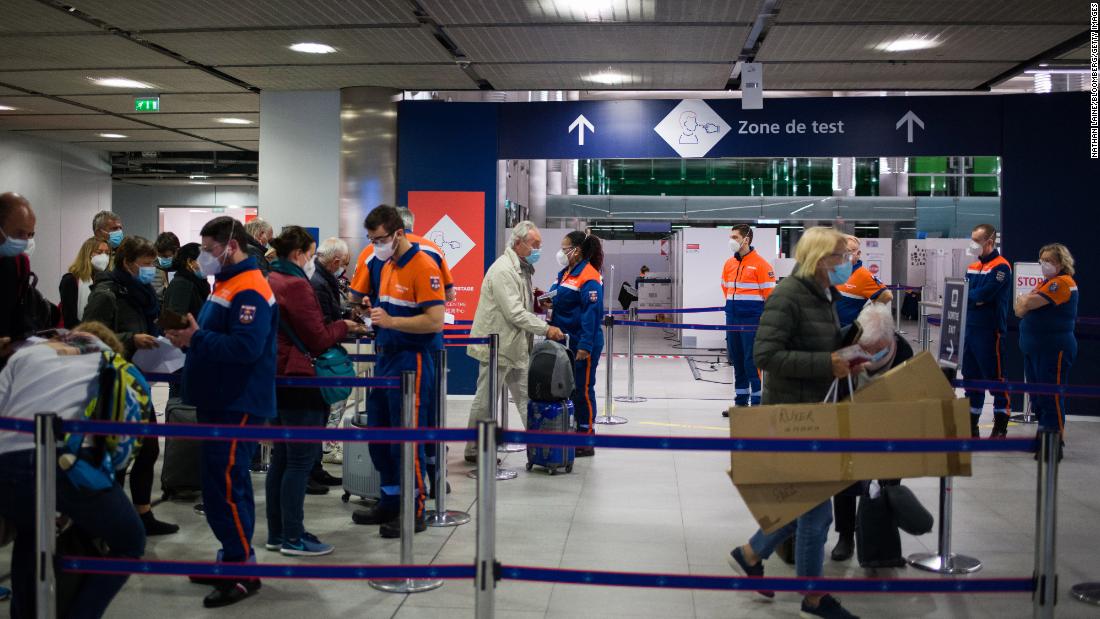 (CNN) — Several European countries have been forced into lockdown over the past few days as the highly-contagious Omicron variant continues to spread at an alarming rate.

As more and more restrictions are brought in, travel to and across Europe is becoming increasingly difficult for tourists, particularly those from the UK, where cases have skyrocketed.

The Netherlands entered a strict lockdown on Sunday, with nonessential shops, hospitality venues and cultural institutions all closing and indoor gatherings limited to a maximum of two visitors.

Dutch Prime Minister Mark Rutte described the move as “unavoidable” due to the surge in infections around the country.

“The Netherlands is again shutting down. That is unavoidable because of the fifth wave that is coming at us with the Omicron variant,” Rutte said during a news conference at the weekend.

The decision came just days after Germany announced a mandatory 14-day quarantine on all travelers arriving from the UK beginning on December 20.

Meanwhile, France has placed a ban on all nonessential visitors to and from the UK in a bid to ease the spread of the new variant. The move came as many UK tourists were preparing to travel for the start of the Alpine ski season.

“As the Omicron variant spreads extremely quickly in the United Kingdom, the French government has decided to re-implement compelling reasons for travels from and to the United Kingdom, and to reinforce mandatory tests at departures and arrivals,” French Prime Minister Jean Castex said in statement last week.

While government officials have stepped up a campaign to ensure all fully vaccinated adults receive a booster shot before the end of December, the new restrictions from France and Germany will no doubt be a major blow for the destination, with fears that other European countries may follow suit.

Meanwhile, both Greece and Italy have implemented restrictions requiring all visitors, including those from within the EU, to present a negative Covid-19 test before entering.

While an antigen test taken no more than 24-hours before departure is permitted for entry into Italy, those visiting Greece must produce a negative PCR test taken in the past 48 hours.

Up until relatively recently, fully-vaccinated travelers arriving from Schengen countries could enter without having to take a Covid-19 test.

However, a number of European destinations, including Portugal, have re-introduced mandatory testing requirements for all visitors due to the new variant.

Denmark and Norway have also opted to introduce new Covid-19 restrictions over the past few days due to increasing infection rates.

In Denmark, public venues such as cinemas and concert halls have been shut, as well as popular amusement park Tivoli Gardens, while government officials have opted to close gyms and swimming pools in Norway, as well as ban the serving of alcohol in bars and restaurants.

During a conference earlier this month, Norway’s Prime Minister Jonas Gahr Støre noted that the country needed to “act fast and we need to act again,” in order to contain the spread of the Omicron variant.

“For many this will feel like a lockdown, if not of society then of their lives and of their livelihoods,” he added.

Over in Sweden, the vaccine passport exemption will be dropped for visitors from fellow Nordic countries Norway, Finland, Denmark and Iceland from December 21, which means those arriving from these destinations will have to present proof of vaccination on entry.

Swedish Social Affairs Minister Lena Hallengren has also advised anyone traveling to the country to take a Covid-19 test in advance due to the “deteriorating” situation.

“The spread of infection is increasing sharply. The new virus variant omicron makes it difficult to predict the spread of infection in the future,” Hallengren said during a press conference last week, before telling residents to “be prepared to cancel” their Christmas plans if they display any Covid-19 symptoms and to “choose a smaller party” for any New Year’s Eve celebrations.

Since it first emerged in late November, Omicron has been detected in 89 countries, with coronavirus cases involving the variant doubling every 1.5 to three days according to the World Health Organization (WHO).